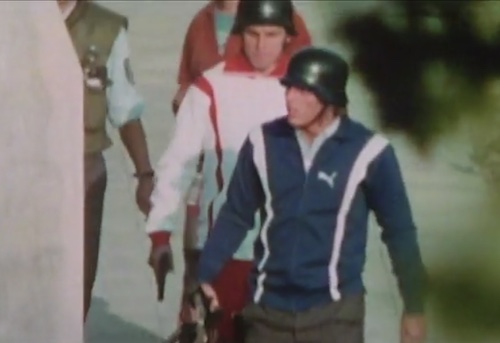 French TV channel Planete+ has commissioned a documentary focusing on the Israeli hostage crisis that shocked the world during the 1972 Munich Olympics, to coincide with the event’s 50th anniversary.

Munich: games and blood (Games And Blood Munich 1972) is from French prodco Pernel Media and was written by writers Philippe Saada and Yossi Melman. Cinematographer Marc Dugain is also attached.

The show traces the events of September 5, 1972, when Israeli athletes were taken hostage by Palestinian Black September terrorists during the Munich Olympics.

The documentary retraces the international tragedy with a modern narration and presents itself as a political thriller told by three protagonists present at the original event: a terrorist, a member of the German police and a Mossad agent.

It will offer exclusive testimonies and revelations from declassified documents in an attempt to shed new light on the massacre.

The executive producers of Pernel are Fabrice Frank and Samuel Kissous. The project was commissioned by Christine Cauquelin of Planete+, head of documentaries at the parent company Canal+ Group.

Frank said: “Although this film is a documentary, it draws on the visual and narrative codes of American political thrillers of the time. The 1972 Munich games were filmed on 16mm, so we’ve adopted the latest camera technology to recreate the rich visual appeal of our contemporary footage, which features first-hand accounts of the events.

Pernel’s slate includes The Uncovered Palace of Ramses the Great for France Televisions, The Real War of Thrones: A History of Europe for France 5 and Sky History, as well as In the footsteps of Attila the Huncommissioned by France 5 and acquired by Science Channel in the United States.

Get Online Loans for Documentary Film Funding from Acfa Cashflow

The outcome of an expert on serial killers