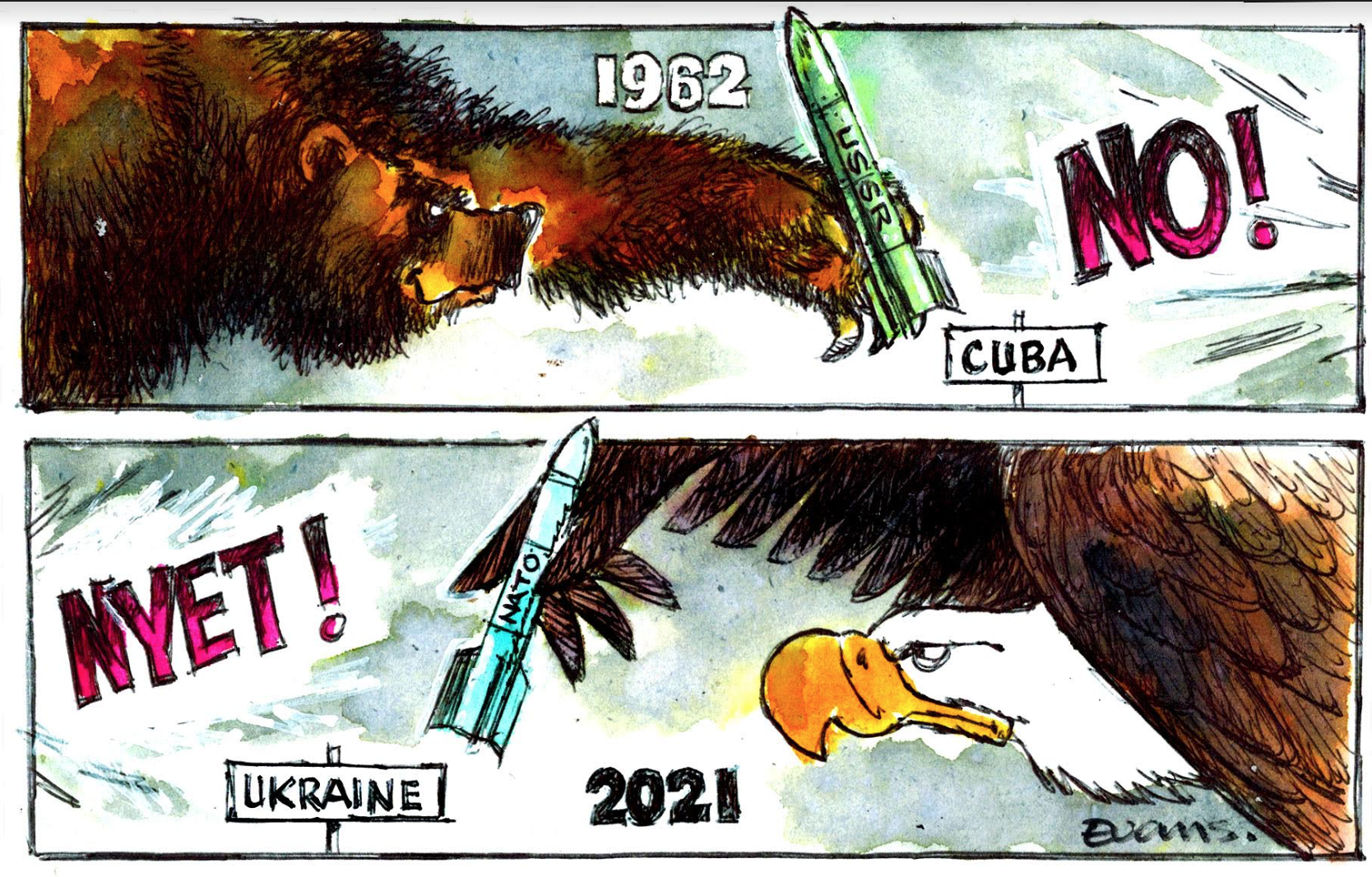 Reflections on Ukraine vs. Russia vs. America vs. NATO

Here are my thoughts on Ukraine vs. Russia vs. America vs. NATO

It is foolish to pretend that Russia would not view Western incursions of influence into Ukraine as anything other than a provocation. Russia has every right to demand spheres of influence and buffers from Western influence as much as the West demands.

This makes the rattling of the Ukrainian saber even more dangerous.

Putin sees a weak Biden and an opportunity to build a bigger buffer while keeping Ukraine weak and beleaguered.

Putin has 125,000 troops and could increase that with 75,000 more, but the maximum force weight is well below the at least 400,000 troops Russia would need to occupy the entire country.

My guess is that Russia will seek to annex parts of Ukraine that support its separatist movement and assets that bolster its assets in the Caspian Sea.

I guess Russia will wait until after the Winter Olympics.

My guess is that if Russia takes this action, you will see it shadowed by China who will also take advantage of it to symbolically push back against American interests by letting a weak Biden do nothing.

As NZ we should not get sucked into this madness.

Having more and more independent opinions in a mainstream media environment that mostly echo each other has become more important than ever, so if you value having an independent voice, please donate here.

If you can’t contribute but would like to help, feel free to share our blogs on social media.