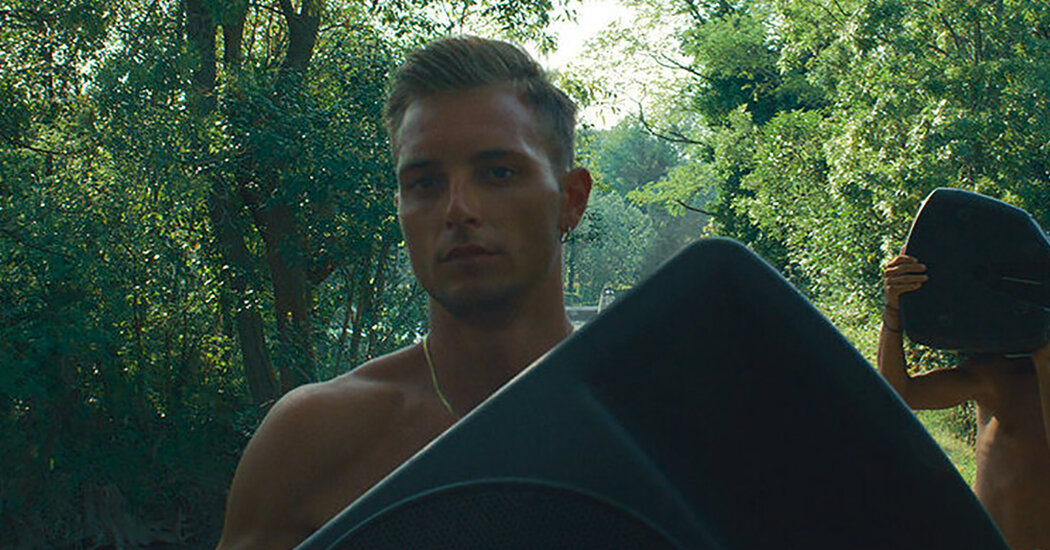 Those in need of right-brain fuel can find a source in “Atlantis,” a documentary-narrative hybrid film that offers a highly stylized window into Italian youth culture. Thin on the story and with almost no dialogue, the film is set on the murky Venetian lagoon where locals gather to scroll their phones, speed on motorboats and pump their fists to trap music.

Much of the film is devoted to following the solemn Daniele (Daniele Barison), a young skipper of the farming island of Sant’Erasmo, as he maneuvers his small two-seater around the cove. Like those of his peers, Daniele’s boat is named after his girlfriend, Maila (Maila Dabala), who plays passengers on her wanderings at sea and reluctantly indulges her appetite for speed racing.

The characters rarely speak, but when they do, the director, Yuri Ancarani, paints the interpersonal moments with admirable restraint. In one sequence, as Maila exposes her emotions at her manicure, Ancarani grants the women privacy by fixing her camera not on their faces but on their hands, delicately intertwining on the makeup table.

It’s a rare moment of intuition in a film that disproportionately favors impressionism to the detriment of substance. And visually, the film overflows: Ancarani depicts gaping bridges over the canals, crumbling forts and menacing bricola, or wooden poles, sticking out of the lagoon like broken bones. Had “Atlantis” granted deeper access to Daniele and Maila, these images might have given a moody complement to the characters and their struggles. As it is, all meaning is thrown adrift in a sea of ​​pretty images.

Atlantis
Unclassified. In Italian, with subtitles. Duration: 1h40. In theaters.