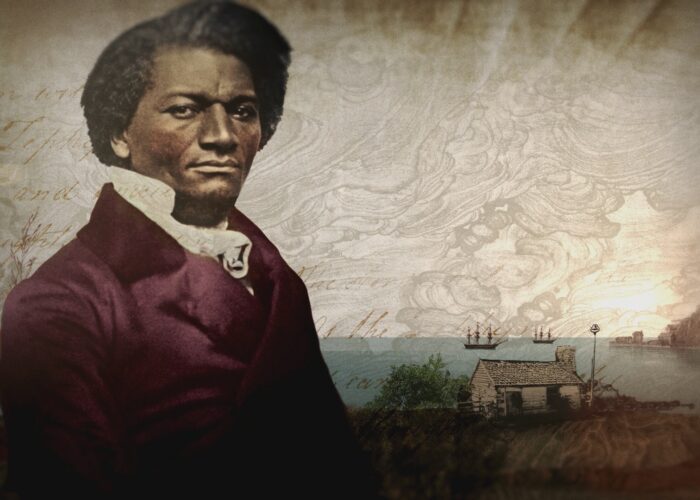 Frederick Douglass was widely regarded as the most electric orator of the 19th century. But books and documentaries inherently cannot do justice to the powerful voice of the abolitionist, of which there are no known recordings.

Undeterred, the creators of HBO’s new one-hour documentary “Frederick Douglass: In Five Speeches” had a wonderful idea: to have great actors play excerpts from Douglass’ speeches, complete with historical and biographical context. historians. So, in one neat and orderly hour, we get a sense of the African American activist’s life, personality and motivations, and some powerful speeches.

The documentary, which will premiere on HBO and HBO Max on Wednesday, February 23, is produced by historian and Harvard scholar Henry Louis Gates Jr. (host of “Finding Your Roots” on PBS) and is inspired by Pulitzer – by David W. Blight. 2018 award-winning book, “Frederick Douglass: Prophet of Freedom”. Gates and Blight are two of the experts providing the context.

“I don’t like America,” said Majors, performing Douglass’ most famous speech, “Country, Conscience, and the Anti-Slavery Cause,” delivered in 1847. no patriotism. The only thing that binds me to this land is my family, and the painful awareness that here there are 3 million of my fellow men groaning under the iron bar of the worst despotism imaginable. … As it is in physics, so in morals: There are cases which require irritation and counter-irritation. The conscience of the American public needs this irritation. And I would bind him everywhere from the center to the circumference until he gives signs of a pure and better life than he now manifests to the world.

Majors notes that Douglass – in his first major speech since returning from an eye-opening trip to Europe, where slavery had been outlawed – became more militant in his public speaking from that speech (a newspaper article called his speech “volcanic and majestic”). He was also a young man; we’re so used to seeing pictures of Douglass as an older, grayer statesman, that we forget he became a celebrity in his twenties.

“It was the speech we were closest in age to,” Majors says in the documentary. “Frédéric is 30 at the moment, and I am 31 in this moment. When he says, ‘this crushes them to earth’, that’s when I went, ‘OK, it’s Brother (George) Floyd. It’s that picture, and it’s not new. It just made me want to say those words to people for people who couldn’t.

Director Julia Marchesi wasThe actors perform in modern attire, as opposed to, say, a 19th-century costume, and filmed in what appears to be a near-empty warehouse. This has the effect of making Douglass’ lyrics freshly modern and relevant.

Which they are, of course. His type of activism has been reinvigorated since Floyd’s death at the hands of a white Minneapolis police officer nearly two years ago, and sadly, it has never gone out of style.

At the back of ‘The Greenhouse’, Thomas Wilson-White is preparing several projects