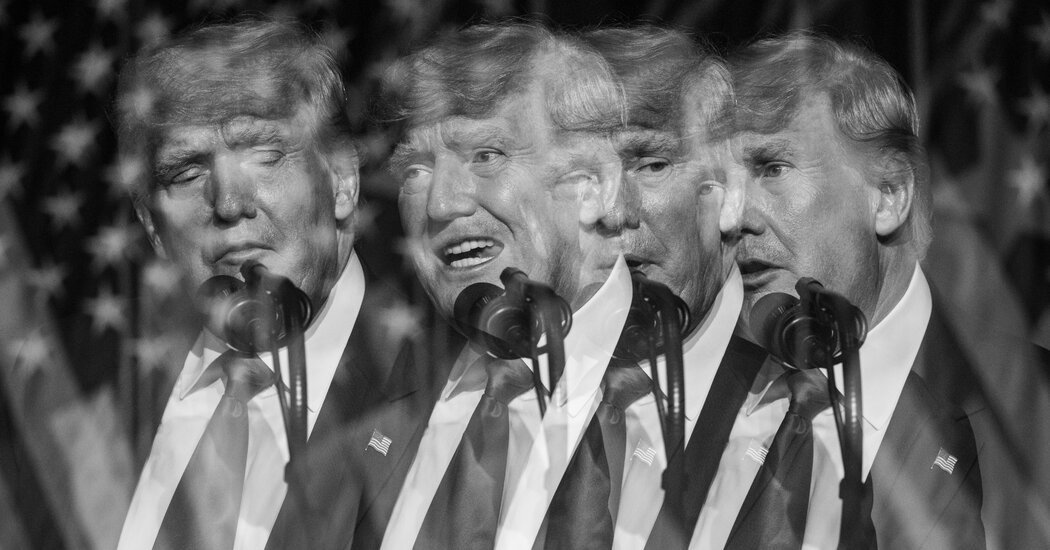 Of course, some of these stories are substitutes for existing beliefs. Childbirth was a roundabout way of saying that a black could not be a legitimate president; the heckling around critical race theory is wrong because it is actually taught in schools, but it is true that the way we think, talk and teach race has changed since the days when whiteness was unmistakably supreme. The climate issues at Covid are anathema to the right as resolving them would require large-scale cooperation, in conflict with the idea that individual rights should be paramount. Perhaps that is why the Conservatives have called all of Covid’s precautionary measures violations of personal liberty. Dying for your beliefs has taken on a grim new meaning: since vaccines became widely available, counties that overwhelmingly voted for Donald Trump have had nearly three times the death rate from Covid-19 as counties that voted for Joe Biden.

Many of these stories, on everything from elections to epidemiology, are as dangerous as they are false. Beyond the violence on Capitol Hill on January 6, there are numerous incidents of true believers in Mr. Trump’s big lie threatening and assaulting election workers. In a Houston case in October, a former police captain, who had been hired by a wealthy Trump supporter, allegedly got a repairman off the road and held him at gunpoint, falsely claiming that he had up to 750,000 fake ballots in his vehicle. Reuters reported in June, “Election officials and their families live under threat of hanging, firing squads, torture and bombings. It’s as if Mr. Trump’s supporters believe they can force the truth to submit.

Democracy is based on the belief that we can trust ordinary people to make meaningful decisions. It is in a way an enlightenment ideal based on another enlightenment ideal: the triumph of reason and the capacities of ordinary people. To join, you have to believe that people will be more faithful to principles and discernment than to leaders and groups, and in this sense, democracy has always been a risky project. If democracy requires independent-minded people who can reason well, autocracy demands the opposite, people who will obey orders about what to think as well as do.

As Republicans attack voting rights and the integrity of our elections, what fuels their advances is the rise of a gullible sector of the public ready to follow their leaders wherever they go. What is often described as a weakness of the Democratic Party – the existence of a variety of opinions and positions, freely debated or even contested, and a restless and questioning electorate – is a strength of democracy. Republicans remain determined to punish and drive out dissidents – like Representative Liz Cheney who has been sidelined since she accurately acknowledged the January 6 crime – only further hampering open debate and, these days, the troublesome facts.

Authoritarians don’t just want to control the government, the economy and the military. They want to control the truth. Truth has its own authority, an authority that a strongman must overcome at least in the minds of his followers, convincing them to give up facts, standards of verification, critical thinking and everything in between. Such people become a standing army awaiting their next command.