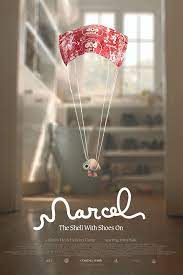 Simplicity is the ultimate sophistication

As a child, I was a collector. At first, I collected stuffed animals and picture books. Then I moved on to army men and Matchbox cars. Later are baseball cards and record albums. Along the way, I found a host of other items that I felt I needed to accumulate into collections.

When I grew tired of a particular collection, I stored them in boxes in the family attic. That’s where they stayed until my father died years later and our house was sold. And that’s when I realized how hard it was to keep an assortment of collectibles.

Over the years, as I moved from place to place, I complained about the dead weight of these collectibles. I mean, I never took them out of their boxes to look at them and never bothered to have them appraised to see if they had any real value. I simply moved them from one storage space to another and forgot about them until it was time to move again.

I’m not sure, but I think part of my aversion to acquiring new things is due to the burden of keeping those nostalgic items.

Like many people, as I got older, I became less and less interested in “things.” I much prefer experiences. I explained in a recent column how all my gifts last Christmas involved tickets to events throughout the following year. I liked this approach and will probably duplicate it this year. And I’ve already told my family that I don’t want any physical gifts for me this holiday. Instead, I would prefer two good vacations where we are all together.

Over the years, this preference for less and less has grown in me. Where I used to dream of a fancy sports car, a boat and a house full of gadgets, I am now actively looking for ways to get rid of everything I don’t need.

My penchant for disposing of items I don’t need has been a boon to places like The Salvation Army and Goodwill. It seems like every three or four months I load up my truck and make a delivery to one of their drop off points.

I always get a little tense when I do one of these drops, fearing that something I leave behind might be needed in the future. But almost 100% of the time I forgot the items within minutes of hitting the road.

I once read that Apple Computer founder Steve Jobs wore the same outfit every day (jeans, a black turtleneck and sneakers) because, after a trip to Japan in the 1980s, he had learned a strategy of simplicity to combat something called “decision fatigue”. The idea is that you’ll navigate your days better if you have less to think about.

I’ve always loved that idea and adopted it to some extent in my own life. Although my style is more “robust” than Jobs, it follows a pattern that makes dressing up quite easy.

When I look around my house these days, I realize that I really don’t have much after denying things like furniture, tools, and household items. I have my clothes, my electronics and my truck. Granted, I have a few more guitars than I need, but that’s also something I actively seek to minimize.

That said, I still have those boxes of collectibles in my attic. I thought about taking them down one by one to dispose of the contents or taking them to an antique store to sell, but something inside me keeps delaying the act. I guess I think they will only increase in value the longer I leave them there.

However, I have made a vow that when the day finally comes to leave our current home, I will not bring the contents of these boxes with me. I know it won’t be easy to part with a lot of items, so I plan to photograph everything just to have a personal file to look back on.

Leonardo DaVinci once said, “Simplicity is the ultimate sophistication.” In the end, I guess I’m trying to be sophisticated.

This week’s feature, “Marcel the Shell with Shoes On”, is the epitome of simplicity, not only for the simplistic hybrid stop-motion/live-action animation style used, but also for the simplistic message that the unique main character offers.

Marcel is a 1 inch tall shell who lives with his grandmother (also a shell) in an Airbnb. At one time, Marcel had a large family around him, but they have mysteriously disappeared and Marcel is determined to find them. This is where the documentary filmmaker comes in who decides to make Marcel’s fate public.

It’s a unique and endearing little film that at first seems mellow and unremarkable, but the more you watch, the more enamored you become with Marcel and his story. And given how popular this film is, it could be an Oscar shoo-in. Try this one, if only to feel how charming and insightful simplicity can be.

A “B+” for “Marcel the Shell with Shoes On”, now available to rent on Amazon Prime.

Have a question or comment for Dom? You can email him at [email protected]

Get moving at the Sf Dance Film Fest, scare on Halloween