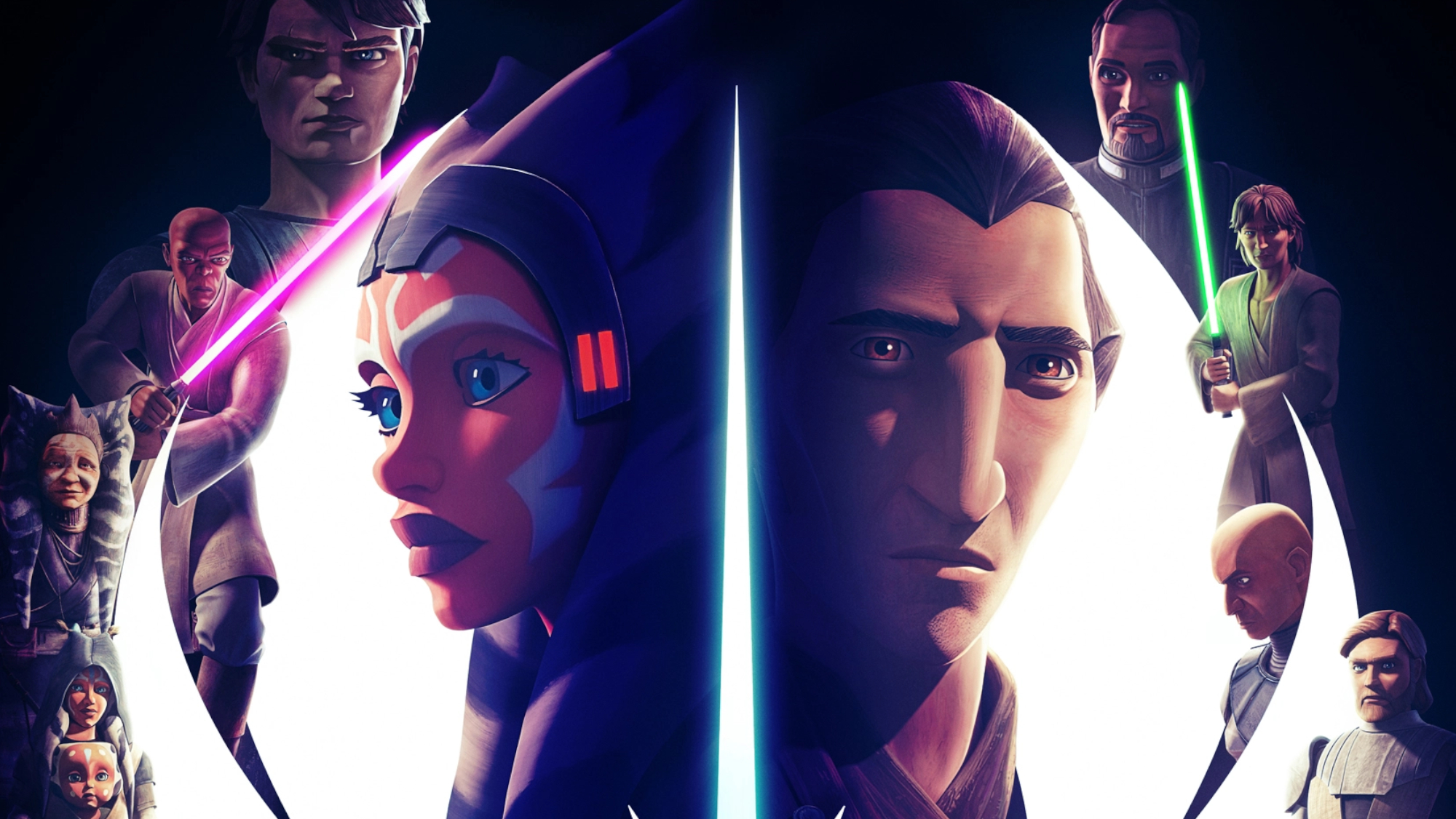 Star Wars Tales of the Jedi review: An all-too-familiar tale

Star Wars: Tales of the Jedi

“Star Wars: Tales of the Jedi is more of a Clone Wars comfort food that expands on fan-favorite characters, but offers little that we haven’t seen yet.

As Andor takes Star Wars to new levels of thematic nuance, narrative maturity, and production value, some fans took advantage of its success to poke fun at the other Star Wars stories surrounding it. To some extent this is understandable, because the quality gulf between Andor and say, Boba Fett’s Book, is large enough. Nevertheless, success in this universe takes many forms, and Tales of the Jedi is part of a long and successful Star Wars tradition that sits alongside works of live action: animation.

Live-action tales set in the galaxy far, far away have always defined the tenor of the franchise. However, dedicated fans know that truly rich storytelling often exists in animation. by Genndy Tartakovsky clone wars (2003) miniseries evoked a sense of artistic grandeur and mythology that the franchise has never regained, with the possible exception of the animated anthology series Visions. Both of these shows are some of the best and most imaginative Star Wars media of all time. Whereas Tales of the Jedi at times of excellence, the sum of its parts is content to be a decent, if overly familiar, Star Wars experience.

Star Wars: Tales of the Jedi is just the latest in a long line of anime projects that have really taken off between Revenge of the Sith and the force awakens. The most famous animated series are certainly those associated with Dave Filoni: The Clone Wars (2008) and rebels. Both nest perfectly in the heart of the Skywalker saga, filling in the gaps around the original trilogy and prequel films. As much as they serve to support the films, they also seek to expand our view of two galaxy-defining conflicts. Each is absolutely worth watching, but rebels is undoubtedly stronger, perpetuating the traditions and techniques of The Clone Wars with a tighter runtime and more thoughtful story arcs.

However, The Clone Wars is definitely the most popular show. Its fanbase is vast, and Disney+ has been particularly kind to it, ostensibly dropping four more seasons of the series: The Good, The Finale clone wars season, two seasons of The bad lotand now Tales of the Jedi. Understanding this context is key to understanding both Tales‘ strengths and weaknesses.

Star Wars: Tales of the Jedi has the pace and scope of clone wars (2003) or Visions. Its six-episode format leaves no time for the filler that has bogged down long-running animated shows, including Disney+’s oddly bloated season of The Clone Wars. Each episode has a set focus, primarily exploring the rise of Ahsoka Tano and the corruption of then-Jedi Master Dooku. These also benefit from an animation team familiar with their house style, which makes for a superb show.

However, almost every episode feels cluttered with the knowledge that The Clone Wars is perhaps the most universally praised Star Wars medium since the original trilogy. The result of this knowledge is a series of vignettes that fall into a very familiar trap: an overreliance on fan service.

As such, Tales of the Jedi is easy to recommend to anyone who already loves the clone wars, but this is not a definite recommendation. What made previous anime shows so effective was how they struck an interesting balance between expanding on previously established traditions and building on top of them. Tales of the Jedi walks so closely alongside previous shows and movies that little here feels inventive; instead, the show feels like a compilation of deleted scenes to slot around stories we already love.

Revisiting Clone Wars favorites, for better and for worse

The three episodes centered around Ahsoka feel particularly tired. She’s one of the best characters in the franchise, but she’s also been featured through The Clone Wars, rebels, The Mandalorian, and now an upcoming show. Aside from the excellent opening episode detailing her early life, which hits all the right notes in Force-sensitive spiritualism, it feels like we learn little about Ahsoka. There are some wonderful moments in his final episode (which will remain intact here), but even those circle ideas that we just explored in Obi Wan Kenobi.

Exploring Dooku’s turn to the dark side is significantly more compelling. Dave Filoni shows us elements of lore and character that have only been hinted at on TV or in movies through asides in dialogue or flippant references. Like the best episodes of The Clone Wars, the stories that chronicle his growing skepticism around the Jedi Order reveal new truths about the character in completely original storylines. Episode 2, “Justice” and Episode 3, “Choice,” are particularly strong in this regard. Each presents a contained story with a visually distinct backdrop that succeeds in narrative and theme.

Dooku’s Final Episode Gets A Little Too Constricting In The Way It Wraps the plot beats The Phantom Menace, but it nonetheless allows for moments of emotional reflection that deepens the Count. However, its pacing seems a bit stuffy, which is a problem throughout the series. The ability of each thumbnail to feel cohesive and complete in about 10-15 minutes is variable. Some work well with their runtime truncated. Episode 5, “Practice Makes Perfect,” however, feels more like a chapter in an Expanded Universe book than a short story with a satisfying beginning, middle, and end.

What could have been

It’s hard not to want more from this series. It could have been a wonderful opportunity to explore six different Jedi Knights across the six episodes, perhaps only offering two that followed these fan-favorite characters. Star Wars animation offers the rare opportunity to go wild with fantasy scenarios that would be profoundly impractical in live action, and here we could have seen alien Jedi on sprawling battlefields that will never appear on the big screen. That’s what both clone wars series focused on so often. In Tales of the Jedi, however, we just have a lot of moments that feel like they could have been inserted into Kenobi like flashbacks or in the next Ahsoka show.

Ultimately, however, some of these critics may clash with Tales of the Jedithe central intention. Its objective, from the outset, was to offer more The Clone Wars. This is exactly what he offers. And, despite a lack of ambition in the storytelling, the series still manages to organize moments that nurture the emotional development and stories of our favorite characters. Plus, it’s hard to resist seeing Anakin and Ahsoka together again, even though we’ve had countless hours of it already. Just being back in this pocket of the universe is nice.

At the moment, the anthology apparently covers a lot of ground. We watch Ahsoka grow up and we see Dooku rejecting her past. On reflection, however, it often feels like we’re covering very little. With rare exceptions, we only see extensions of moments and character traits defined elsewhere. The Clone Wars and rebels proved that you don’t have to visit a new era to tell rich stories that expand the universe, while keeping one foot on the fan service pedal. Tales of the Jedi also has one foot on this pedal, but he has the other foot on the brake.

Star Wars: Tales of the Jediit is six episodes are now streaming on Disney+.

Is Disney really trying to lower the drinking age to 18 on its property?