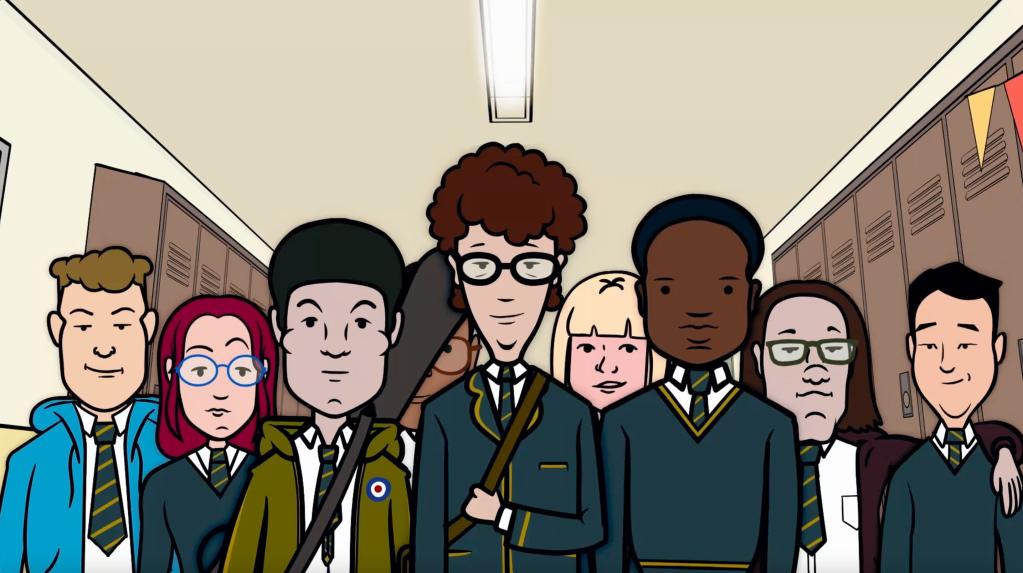 What brings documentaries to life? For a growing number of them, they are colorful characters — literally. Animation makes documentaries more accessible to a wider audience, allowing filmmakers to dramatize scenes that can’t be shown with pictures and fit them into once-unimaginable award categories.

No film has demonstrated this more clearly than Jonas Poher Rasmussen’s refugee saga “Flee”. Neon/Participant’s outing was nominated for Oscars for Documentary Feature and International Feature, won a Gotham Award for Documentary and the Sundance Film Festival World Cinema Grand Jury Award: Documentary. But it also earned a Golden Globe nomination and Critics’ Panel Awards from Boston, Chicago and Detroit for Animated Feature, paving the way for an Oscar nomination in that category as well.

The critical success of this Danish/French/Swedish/Norwegian co-production is sparking interest in other animated documentaries at the upcoming Sundance Film Festival, but this hybrid genre is far from new. It’s long been used for shorts, including Oscar-nominated “Coded: The Hidden Love of J.C. Leyendecker,” but the cost and labor involved has made animation rare in this low-budget arena. .

One of the first, Winsor McCay’s 1918 short film about a World War I ship bombardment, “The Sinking of the Lusitania”, required 25,000 drawings that had to be photographed one by one. Walt Disney enlisted four directors for the 70-minute documentary about World War II aerial bombers “Victory Through Air Power,” released by United Artists in 1943.

Nanette Burstein and Brett Morgen’s 2002 Robert Evans documentary “The Kid Stays in the Picture” popularized programs such as Adobe After Effects which “animated” photos with overlays and movement, and Morgen’s political tale” Chicago 10″ used animation in some scenes during courtroom footage. was not available.

But it wasn’t until Ari Folman’s 2008 Lebanon War saga “Waltz With Bashir” became the first animated documentary to land an Oscar-nominated foreign-language film that animated features made their first big hit – the $2 million film grossed over $11 million in soundtracks worldwide Since then, only a few notable feature films have followed, including the mix of stock footage and rotoscoped animation of Keith Maitland (retracing on a live-action film) in the 2016 assassin chronicle “Tower”.

“Not many have achieved the notoriety” that “Bashir” did, says the artistic director of DOC NYC and Toronto Intl. Thom Powers, film festival programmer. “It’s a very demanding and expensive form, so for most documentaries that have to be budget conscious, you’re almost always going to choose to put a subject in front of the camera. That wasn’t an option for ‘Flee’.

Rasmussen developed “Flee” as part of Denmark’s Anidox program, which connects documentary filmmakers with animators to collaborate on projects. He had long been fascinated by the story of Amin Nawabi, his gay refugee friend from high school.

“What you see and hear in the film is the very first time he’s shared his story,” Rasmussen says. “The fact that he could be anonymous and didn’t have to face people on the street who would know about his trauma and his innermost secrets helped him say, ‘OK, but that’s the way it is. [I want] to do it.’ His family also wanted to remain anonymous, even though legally they are well placed. When you go through something like what they went through in Afghanistan, when the laws and the system are collapsing before your eyes, you don’t really trust [things].”

Cinema Eye founding director AJ Schnack, who has made two films using animation (the music documentaries “Kurt Cobain: About a Son” and “Gigantic”), notes that since the start of the Cinema Eye Honors for the cinema of non-fiction in 2008, it presented awards for graphics and animation doc.

“One of the reasons we wanted to include it was because we wanted to expand the idea of ​​what people thought a non-fiction film was,” Schnack explains.

In “Flee,” it provided a more evocative way to show Amin’s story than reconstructions or archival photos, Rasmussen says.

“We realized that because most of the story takes place in the past, animation could help us make Afghanistan in the 80s and Moscow in the 90s feel alive, and then the place there. Animation director Kenneth Ladekjær and crew were looking at real footage, then taking details and facial expressions and putting them together so they looked authentic, but everything is animated from scratch.

Working out these details allows “Flee” to play more like a narrative film.

“It’s a story of memory and trauma, so in animation we could be a lot more expressive than we could be with a camera – for [show him] grief, or the emotion of being scared, sad or angry,” Rasmussen says. “But not too intense, as heartbreaking footage from cable news or documentaries can often be.

“We are exposed to so many difficult stories. For me and many people, it becomes overwhelming. You feel the need to do something about everything and you can’t, so you start blocking things out. But because you have animation, it’s not as difficult. Because you don’t have to relate to another human face, you start listening to what’s being said instead, and then you integrate it. It was my experience when I saw “Waltz With Bashir”, because it was not [coming from] real human beings.

Sundance Film Festival senior programmer Basil Tsiokos points out how animation “demonstrates that documentary filmmaking is a form of storytelling. It underscores that it’s a subjective process, and some films use it to their advantage to demonstrate that what you see is not necessarily the “truth”, to dispel doubt about how something could have happened, or to go back and show you that someone’s point of view is not the same as that of another.

An example is Penny Lane’s Sundance 2016 entry on a crackpot doctor, “Nuts!” “He was an impostor, so the animation helps because it sucks you in with this unreliable narrator’s point of view. It’s pretty awesome to play with the form to convey what’s going on in the story itself .

Some films naturally lend themselves to illustration, including 2016’s “Life, Animated,” which centers on an autistic boy aided by Disney films, or 2020’s “Feels Good Man” about the comic book character turned hate symbol Pepe the frog. As co-president of documentary powerhouse Submarine Entertainment, Josh Braun has boosted sales of both projects, and his new Sundance entry, “The American Dream and Other Fairy Tales” by Abigail E. Disney and Kathleen Hughes, painted on photos in animated segments to show income inequality at Disney theme parks.

“It’s natural and appropriate for a Disney-focused documentary to include animation,” says Braun.

“If the film is a creative home run and the animation really adds to that, it gives another angle to promote,” he says. “It must be something [like ‘Flee’] which isn’t so stylized that you’re distracted by the way it’s done. If it’s a serious movie, but the animation looks like [’70s-’80s kids show] ‘Super Friends’, then it won’t work. When viewed as a bold and creative choice, it adds a lot.

In recent years, popular series such as “BoJack Horseman”, “Archer” and “The Boondocks” have made animation more palatable to adults, something “Flee” is counting on to attract audiences. The appeal “could also have something to do with the fact that we got used to animation as kids,” Rasmussen adds. “It’s really nice, so you’re open to what’s going on.”

It took Rasmussen five years to raise the $3.4 million budget for “Flee,” and while he estimates it would have cost a fifth more if it hadn’t been animated, it’s reasonably priced for a film that plays like a narrative feature – and some animation costs have gone down since its film was made.

“Thanks to technology, you can now create amazing animations with fairly low budgets,” he says.

This is confirmed by Bryn Mooser, CEO of non-fiction studio XTR and global streaming platform Documentary Plus. He’s executive producer of “Feels Good Man” and Sundance’s upcoming entry “We Met in Virtual Reality,” which plays like an animated movie as it uses VR avatars to tell the stories of their offline counterparts.

“Documentary and animation have thrived during the pandemic because documentarians and animators have been able to keep working,” he says.

“Technology has allowed people to reduce the cost of animation and even save money on re-enactment shoots. And the fact that people can work from anywhere in the world, whether it’s India or Africa, opens the door to new artists.

The public can expect to see more of these hybrid documents soon. Jordy Sank’s “I Am Here,” due out this spring, uses animated footage to tell the story of a Holocaust survivor.

“Some of the films we have this coming year use animation to move their stories forward,” says XTR’s Mooser. “They show parts of the narrative that are missing from the archives and bring to life something that might otherwise feel a bit flat.”