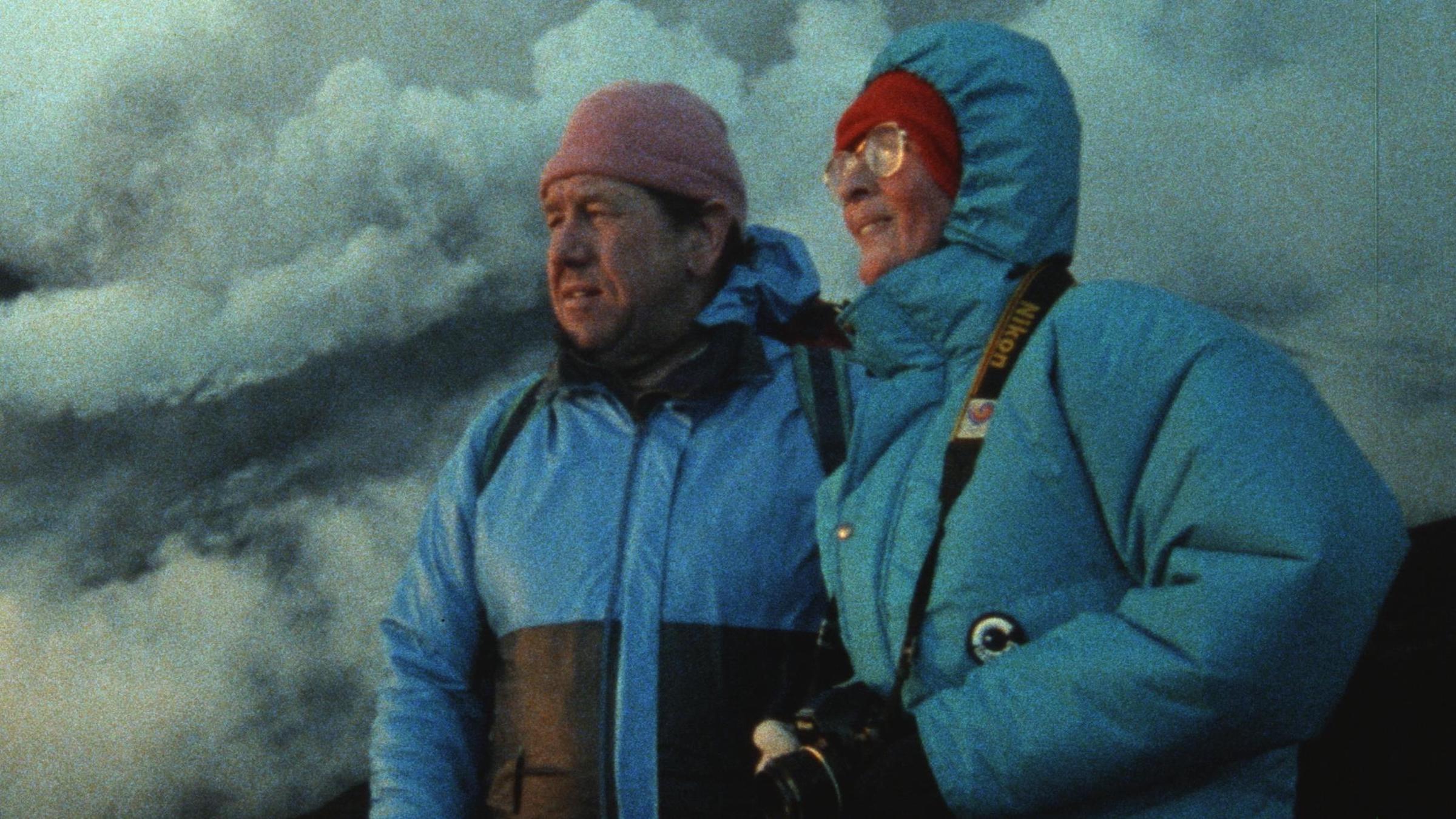 A storyteller makes all the difference in the world. One can easily imagine the story of French volcanologists Katia and Maurice Krafft, who died together observing the eruption of Mount Unzen, told with withering nihilistic disbelief by Werner Herzog. Or their matching red knit beanies as the centerpiece of the production design of a fictionalized version of Wes Anderson’s Molten Melancholy, perhaps Volcanic Life. Instead, in her compilation of the couple’s own photos and films, Sara Dosa tapped into the talents of Miranda July, who tells their life story with boundless wonder and painful romance. While I’d love to see either take, this one was utterly captivating.

It’s a perfect fit and seemingly well in line with the pair’s own sense of building their own mythos. Having met at the University of Strasbourg and linked by their common childhood love for European volcanoes (for her, Etna; for him, Stromboli) at the very moment when the theory of plate tectonics was being realized, they were exceptionally suited to each other and to the scientific moment. Yet even as their work, getting as close to active volcanoes as possible (“the closer you get, the more you can see”) reaped dividends in discoveries, they realized early on that presenting their work in an engaging way was the key to getting more funding to spend time doing what they loved the most.

As such, they left behind a rich archive of visually stunning photographs and film footage, which not only conveyed the importance of their research, but also the wonders of the natural world. For all the spectacular rivers of molten lava, the burning sky, the glowing “bombs” hurled parabolically from the earth, the airborne lava condensing into strands of glass, they never forget to project these events geology on a human scale. They captured their own escapades as they roamed Iceland in a ramshackle rental; fry eggs on the molten earth, ride a horse with a crew to get close to the next explosion; and themselves, always rushing towards danger to see better. It’s here, in their funny reflective space suits with oversized shiny helmets, stepping away from the camera and into the fires that you get a sense of their passion for direct observation; and in the voiceovers of contemporary interviews, you get a sense of their interdependence and dedication to each other, personally and professionally.

Although a National Geographic documentary, with the required amount of scientific and educational content – we learn the differences between ‘red’ and ‘grey’ volcanoes, the dangers of ignoring warnings of impending eruptions – the heart of the film is more interested in metaphysics. We revisit their travels to Zaire and the destruction they witnessed, follow them as they walk knee-deep in the ashes of Mount St. Helens and feel their furious regret at the victims that could have been avoided if the Colombian authorities had taken into account the warnings of scientists. But the enduring, and most compelling, images are the backlit silhouettes projected against the abstract beauty of otherworldly eruptions that forge ever more danger, together, as an “infantile volcano begins to erupt.” while July’s narration reflects on the unknowability of the world’s heartbeat. .

fire of love performs in the Narrative Spotlight section at SXSW Film 2022 with online screenings March 13-15. Be sure to check out all the 2022 Sunbreak SXSW coverage

9 Most Charming Small Towns in Pennsylvania