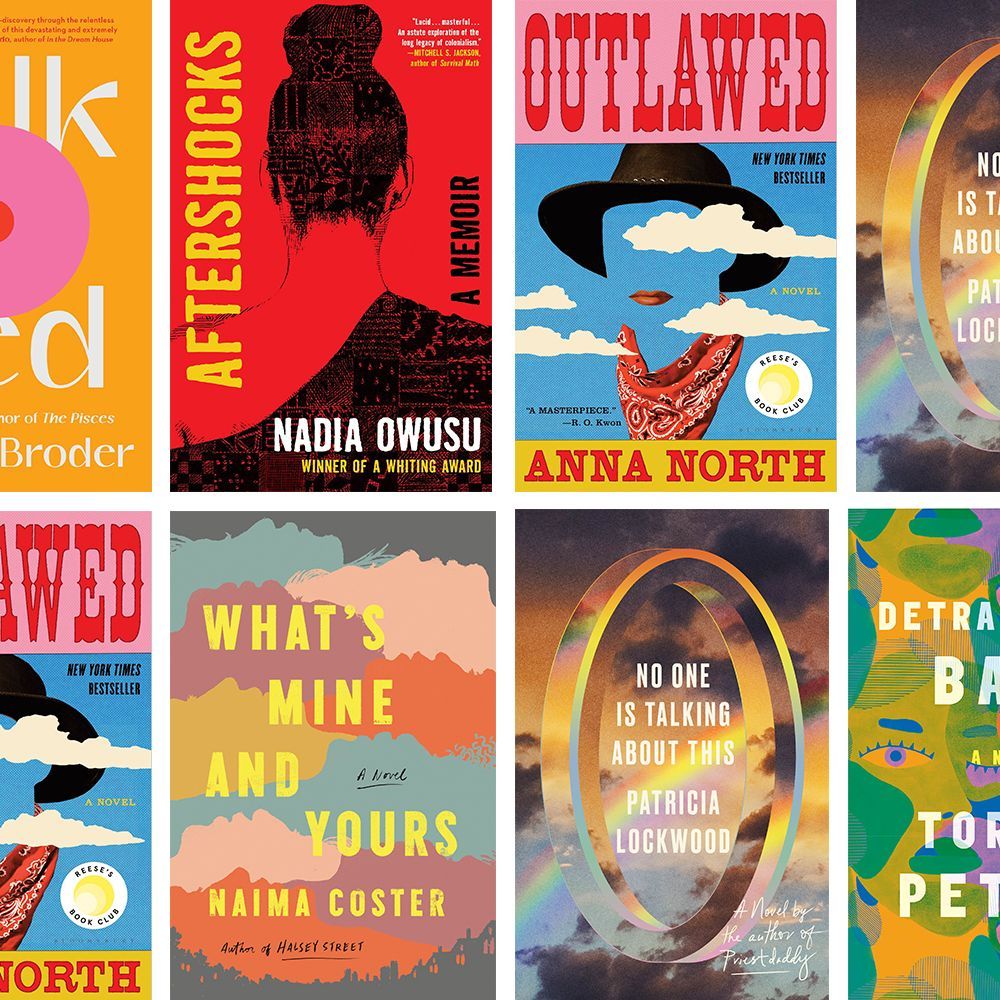 2020 has been filled with screens. We watched TV shows endlessly, even the bad ones (could I remind you Too hot to handle it and King tiger?) We sat in front of our computers, hastily sending emails and messages to our colleagues. We’ve had Zoom calls for all occasions and meetings, even those that most certainly could have been an email. And yes, we scrolled through fate. If we’ve ever needed an excuse to indulge in a great book (we don’t have one!), 2021 is the time. Luckily, this year is full of page turners, must reads, and novels that will hurt you because of effortless fancy sentence structure (just me?). That’s why we’ve rounded up our favorite New Year’s fiction picks. If it’s out now, hang your copy; if not, get ready to pre-order.

Welcome to the new feminist frontier, literally. Anna North’s provocative western follows Ada, a 17-year-old who must flee her town after being unable to get pregnant a year after her marriage. It features everything you’ve ever wanted to read: gay cowgirls, a group of feminist outlaws, heists and more. Think The Handmaid’s Tale meets the first season of Westworld.

Detransition of a world, baby

Marie Claire’s February #ReadWithTM pick grapples with personal identity, same-sex parenthood, and polyamorous relationships, which first author Torrey Peters handles with dexterity and empathy. The writing is witty and demanding, the plot is raw and messy, and the climax? You will not be able to let go.

Nothing like a psychological thriller to kick off a new year that hopefully won’t be as psychologically disturbing as it was last year. In Ashley Audrain’s thrilling fiction, a new mother begins to suspect that all is not well with her baby.

This modern and reinvented adaptation of Jane Eyre trades the Gothic mystery for the secret of the South. In Rachel Hawkins’ latest page turner, expect the forbidden romance you loved in the original tale with all the modern, shiny trims.

So this one isn’t actually a fictional book, but we couldn’t not include it — it’s that good. Nadia Owusu’s powerful memories tell of her nomadic childhood and, perhaps an even more complicated journey, that of self-discovery.

Riverhead Books, nobody talks about it

Welcome to the existential crisis that we are all going through. You know, the crippling, catatonic state you enter when you scroll endlessly through the social media void? Author Patricia Lockwood captured this sentiment. In her latest film, a social media celebrity travels the world and becomes more and more sucked into her virtual reality, until a shocking text brings her back to the real world. Meta but relatable and sharp, you will talk about No One Is Talking About This.

I sense a theme here. In Lauren Oyler’s fake accounts, social media serves as the glue to the plot. The day before Donald Trump’s inauguration in 2016, a young woman discovers that her boyfriend is an infamous Internet conspiracy theorist. Subversive and irreverent, fake accounts could finally force you to swear not to hide on the Internet … or make you hide even more.

Grand Central Publishing What’s Mine and Yours

Author Naima Coster has achieved one rare thing: she has written a book that is both timely and timeless, which transcends time and audience. Traversing perspectives and timelines, the reader follows two different North Carolina families after their lives inextricably collide.

Obsessive Calorie Counter Rachel harnesses her compulsive energy in a fascination with Miriam, an Orthodox Jewish woman who works in a frozen yogurt store. Dangerously delicious and utterly idiosyncratic, Milk Fed is the honest and compelling convergence of the diet culture, religion and sex we crave.

Little, Brown and Company How the Penguin Sister Sweeps Her House

Set in the swiftly gentrifying seaside town of Baxter Beach, Barbados, this novel examines issues of class, race, and lessons taught (and disobeyed) over generations. A crime-motivated plot that turns the pages is balanced by subtle charter studies, which makes How the One-Armed Sister Sweeps Her Home just as exciting as it is poignant.

In Chang-rae Lee’s My Year Abroad, Tiller, an average student at best, and Pong, a Chinese immigrant and entrepreneur, become an unlikely duo of businessmen. The storytelling and format is drastic, and that’s what makes it so fun.

Little, Brown and Company Who is Maud Dixon?

Alexandra Andrew’s buzzing new novel has all the tricks of a book turned blockbuster. Our heroine Florence is a newbie editor who lands a dream job helping a high-profile and completely anonymous writer. After a mysterious accident overseas causes her new boss to disappear, Florence decides it might be time for some old-fashioned identity fraud.

Not really fiction, but we couldn’t help but plug in this excellent book (and a choice of #ReadWithMC bookstore!). Michelle Zauner’s memoir is a delightful and satisfying read on the famous Korean grocery chain. Zauner deals with family, food and mourning with care.

Simon & Schuster The last thing he said to me

When her one-year-old husband suddenly disappears (among the most mysterious of circumstances, as any “gripping thriller!”), A woman must uncover the truth – and protect her stepdaughter, who hates her. . . Just kidding, but it’s addicting. Let the drama begin!

Atria Books The Other Black Girl

Zakiya Dalila Harris’ brilliant debut is a sharp, devious and wickedly funny, not-so-satric take on the racial prejudices of the publishing industry. In The Other Black Girl, editorial assistant Nella Rogers is the only black person at her job until a new girl joins the team. But then things start to get grim… You’re going to rip that nimble, quick-witted social commentary with a flashlight under the covers.

The writer behind the hugely popular non-fiction hit Three Women, Lisa Taddeo, is now bringing us fiction. Courageously and boldly capturing generational female rage, Animal is the cathartic read of 2021.