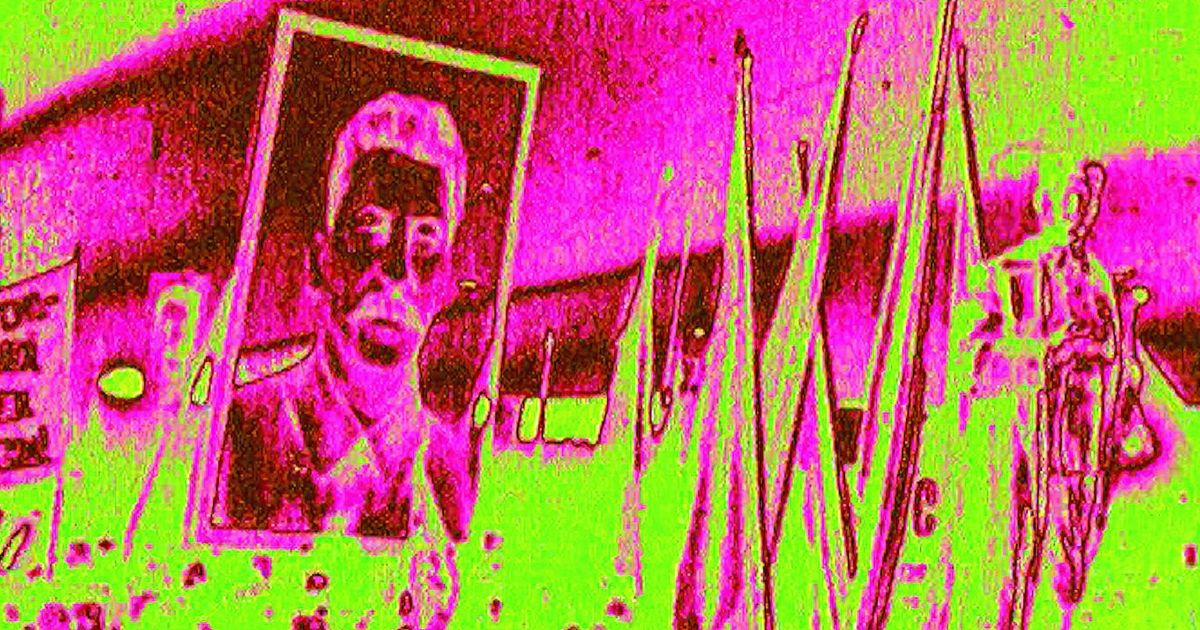 The first films ever made were documentaries: depictions of daily life as it simply existed, filmed through a camera. When we watch films today, we watch them first as we would those relics of the late 19th century – before even getting to the idea of ​​them being narrative constructs, we see them from first as representations of life. As such, documentaries are a disruption of narrative film, but they are also its forerunner, and without them we wouldn’t have Scorsese, Marvel movies or Rob Schneider in The hot chick.

Although they have grown in popularity over the years, the impact and importance of documentaries is still incredibly underestimated. And even more underrated are those documentaries that break the fourth wall, blur the line between fiction and reality, and ponder the very nature of film. Of course, the true-crime documentary is as meticulously constructed as any Hollywood blockbuster. But sometimes the most interesting documentaries draw attention to their own form; they are less interested in illuminating or provoking thought than in showing all the fluidity of cinema and demonstrating that gender is illusory. These are just some of the best experimental documentaries ever made.

Filmmaker Cheryl Dunye is probably best known for watermelon woman – a romantic comedy about a video store clerk researching the enigmatic legacy of a black actress named Fae Richards. Although the film deftly weaves documentary elements into its fictional story, it is perhaps The Owlsone of Dunye’s last films, which fits even better into the category of “experimental documentary”.

The Owls (an acronym standing for Older Wiser Lesbians) is mostly fictional, about a group of old friends, a reunion, and a gruesome crime. The story is quite engaging – something from a middle class Knives out passing through Long Island – but what makes it really interesting is that the story will periodically “break” to show interviews with the cast and Dunye herself (who also appears in the film) about the making of the film . It’s a simple juxtaposition of right and wrong that is nonetheless effective, hypnotic and fascinating, and makes you wonder and ponder the nature of what you are looking at. It’s not so much a movie within a movie; rather, it’s a movie about a movie enclosed in a larger movie that is still the movie.

The “exquisite corpse” is the name of a popular process by which artists and storytellers can collaborate to generate work of fragmented nature and stream of consciousness. They could each draw a different part of the body to create a sort of Frankensteinian monstrosity. In a storytelling context, Writer #1 might type 10 pages, then Writer #2 will type another ten pages based on having only seen the last page of Writer #1’s work.

Related: These Are Some Of The Most Hypnotic Movies Of All Time

It is this kind of narrative vanity that governs The exquisite corpse project. A group of five comics (including Adam ruins everythingis Adam Conover and Bojack Rider‘s Raphael Bob-Waksberg before they were famous) are challenged by their director friend Ben Popik to write a film from scratch using the “exquisite corpse” method, and he will produce and direct it. . What begins as a documentary gradually morphs into a creator-crafted narrative, with results that are both puzzling and hilarious. In a similar way to The Owls, it offers a fascinating window into the creative process while showing the fruits of that labor. Any fan of comedy sketches and nonsense stories would do well to check this one out.

It’s probably impossible to find a single dud in Casey Neistat’s huge library of videos. The internationally acclaimed YouTuber is responsible for elevating the vlog and video essay to cinematic art, creating one video a day for eighteen months, and turning mundane everyday moments into achievements. epic. His short documentaries are bite-sized masterpieces, steeped in a joy of living and an endless love for New York.

Neistat’s short doc My girlfriend Candice, a road movie retracing the romantic relationship at the heart of his life, is a perfect synthesis of his trademarks: catchy editing, melancholy romance and biting narration. This true, contemporary story National Lampoon’s Holiday, is cheerful and full of remarkable self-awareness, but is also laced with deep sadness and longing – and confessions of guilt, both spoken and unspoken. One sequence, involving a mini-rom-com shot on three iPhones, looks like an OK GO music video directed by Wes Anderson. You might disagree with Neistat’s outlook on life and find him hard to take at times, but that’s also part of what makes his work so singular and entertaining.

The great documentarian Frederick Wiseman would hardly consider himself an experimental filmmaker. During his decades of career, he made more than 40 documentaries (almost one a year) and all in the same style. The director’s approach Truth cinema is one of the most simplified and stripped-down versions you’ll see: there are no talking heads, no narration of any kind, just long scenes that run from start to finish. But despite a seemingly uncreative approach, Wiseman’s films are epic, expansive, and hypnotic. And that’s probably because there are so few people making movies like him.

Just look City hall, Wiseman’s latest film, which documents Boston’s seat of municipal government. The picture runs for four hours with no intermission (and still isn’t Wiseman’s longest film), but remains thrilling throughout its runtime. It’s certainly not for everyone, but for viewers who are patient enough, it’s packed with rewards and phenomenal characters. Just as narrative movies will ask us to find the real in the entertaining, Wiseman asks us to find the entertaining in the real – and he’s there in spades.

British documentary filmmaker Adam Curtis’ approach veers wildly from the academic to the aesthetic and everything in between. His latest project, I Can’t Get You Out of My Head: An Emotional History of the Modern World, is a six-part miniseries produced for the BBC, and it’s a real head trip. Using found footage exclusively (as he is wont to do), Curtis’ moody narration feels like a nightmarish Ken Burns as he weaves a rich tapestry of dystopian, stranger-than-fiction sagas of world history. of the XXth century.

Even more memorable than the stories he tells or the arguments he makes are Curtis’ talents for juxtaposing music and visuals. The project contains plenty of sequences, outrageous and sublime, where the narration drops completely and leaves us looking at weird and anachronistic montages on Nine Inch Nails, Aphex Twin and Sex Pistols (to name just three of the many needle drops). Curtis is surely a serious man, fascinated by history and eager to express his ideas, but he also has a perverse and idiosyncratic sense of fun. To look at Curtis’ work, you don’t necessarily have to be interested in the subject, however absorbing it may be. Rather, one of the reasons you watch Curtis is his unique artistic sensibility – you’re always curious to see what he does next and how he connects such disparate dots.

Abbas Kiarostami Close is the quintessential hybrid docufiction film, but it’s also so much more than that. It tells the true story of a con artist who tricked a family into thinking he was a famous director. It’s a pretty interesting story on its own, but the keystone here is that, although the film starts out as a traditional documentary, Kiarostami will soon be casting the actual actors to re-enact the events of the story, and they’ll be playing themselves (including the filmmaker himself, as well as the director impersonating him).

One of the most acclaimed films of all time from one of our greatest filmmakers, Close is an eerie, intimate, character-driven saga that transcends its seemingly conceptual premise. It doesn’t blur the line between fiction and reality so much; on the contrary, it blurs the line between reality and stories about that reality. The stories we tell about events don’t necessarily equal the events themselves, but couldn’t they be just as real, if not more so?