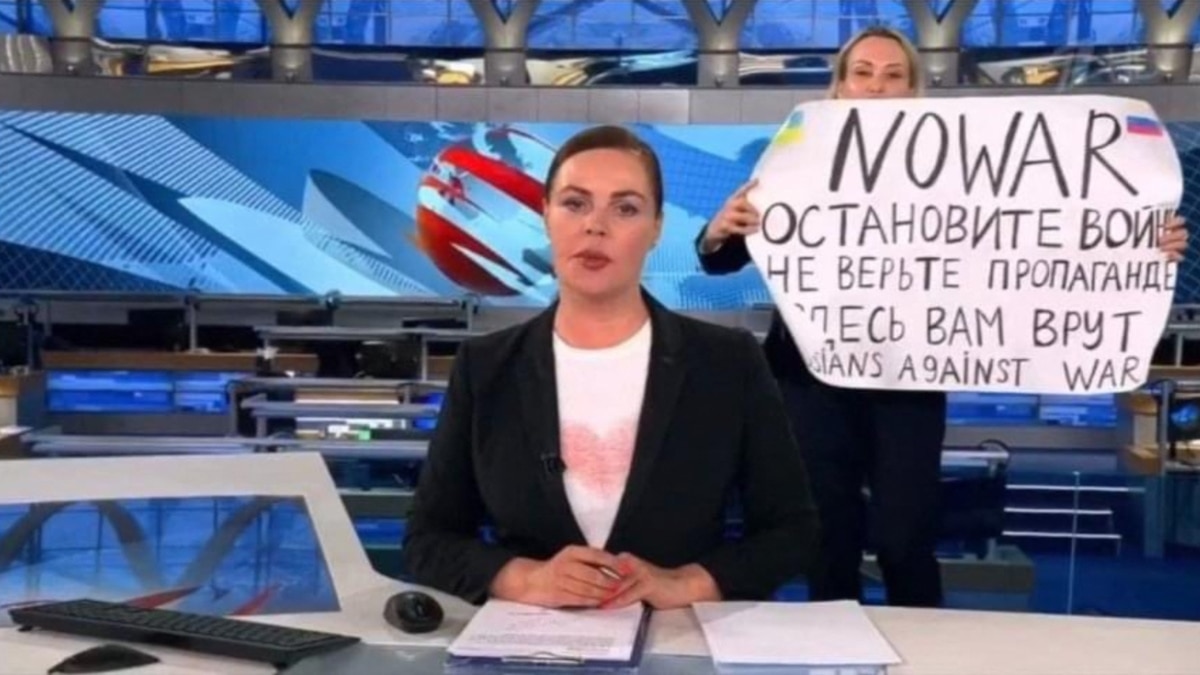 Over the past few years, Russia’s disinformation apparatus has seemed unstoppable.

With the skillful planting of lies and red herrings on social media platforms by troll factories, then amplified by Russian official media such as RT, the Kremlin has time and again been able to confuse issues, obscure facts and set false narratives, manipulating the public. who might be receptive, say Western officials and independent analysts.

They have often expressed frustration with how Russian disinformation has gained ground, managing to disrupt the 2016 US presidential race, deepen political divisions in Europe during the 2015-16 refugee crisis and in Syria. , shaping a narrative linking opponents of Syrian leader Bashar al-Assad, as well as first responders the White Helmets, with jihadists and the Islamic State terror group.

But as the Russian armed forces were caught off guard on the battlefield in Ukraine by a smaller, nimble and more motivated adversary, its propaganda operation also seemed caught off guard. The intrigues promulgated by the Kremlin as it seeks to shift the blame for its own actions onto others and cast its invasion as defensive in nature have struggled to achieve the impact Russian propagandists might have expected, say -they.

CIA Director Bill Burns told a US congressional committee last week that he believed Russian President Vladimir Putin was “losing the information war” against Ukraine. He’s not the only one to see it that way.

“Vladimir Putin has long enjoyed a reputation as a master of information warfare. Over the past decade, his weaponization of social media and aggressive promotion of false narratives have proven crucial,” notes Anders Aslund, senior fellow at the Stockholm Free World Forum, a foreign policy think tank in Sweden, but Aslund assesses “it is already clear that the information war has been definitively lost” by Russia.

Aslund and other observers say that despite Russia’s reliance on its sophisticated disinformation playbook, the international community has rallied overwhelmingly in support of Ukraine, judging the Russian invasion in good versus bad terms, and has imposed unprecedented economic sanctions. Major global brands and companies have rushed to cut ties with Russia, and humanitarian donations to Ukraine from institutions and individuals around the world have skyrocketed. Martin Griffiths, the UN’s emergency relief coordinator, noted on Monday that his office alone had received aid donations from 143 countries.

So why has Russia’s well-rehearsed disinformation machine failed to cover its tracks as so often in the recent past when it managed to confuse fact with fiction? The reason may be simple, says Tetiana Popova, a public relations expert and former Ukrainian deputy information minister. “The best counter-propaganda is the truth,” she told VOA.

The presence on the ground of a large international press corps and the speed and quick-wittedness of the fearsome and experienced Ukrainian information warriors, who were quick to seize on Russian statements to demonstrate their falsity , thwarted the efforts of Russian propagandists to control the war narrative. Ukraine’s information warriors have often outstripped their Russian rivals, according to her and other observers.

Russian disinformation is increasingly scorned around the world and branded as Orwellian. When Russian Foreign Minister Sergei Lavrov on March 10 dismissed the prodigious visual evidence and eyewitness accounts showing that Russian forces were targeting Ukrainian civilians, his comments sparked widespread astonishment – ​​as did his startling assertion that Russia did not attack Ukraine at all.

Michael Willard, former managing director in Russia and Ukraine of the global public relations firm Burson-Marsteller, believes that Putin and his top officials have been “clumsy” and “clumsy with their communication tactics”. “Modern communication has shrunk the globe. The news eventually comes out,” he says.

The distortions, including from the outset that Putin was merely launching a “special military operation” and not mounting an invasion, were too great for Russia’s infamous disinformation machine to fine-tune, according to him and others. other public relations and marketing experts. Open source investigators and independent geolocators, such as Bellingcat, a consortium of journalists founded by British blogger Eliot Higgins, have made it even more difficult for Russian propagandists to shape a half-convincing narrative for the audiences most likely to be responsive.

Last week, after Russia bombed a maternity ward in the besieged port city of Mariupol in which three people, including a child, were killed instantly and 17 injured, a coordinated effort by Russian embassies around the world, supported by Kremlin-controlled troll factories, sought to establish the story that the hospital had been turned into a military base by Ukrainian nationalists. “The truth is that maternity has not worked since the start of Russia’s special operation in Ukraine,” the Russian Embassy in Israel tweeted. “The doctors were dispersed by militants from the nationalist Azov battalion,” he added.

But the photograph posted by Russian embassies to show where the Ukrainian militiamen were based was geolocated by investigators affiliated with Bellingcat as being ten kilometers from the maternity ward. RT, the Kremlin-controlled television channel, devoted an entire segment on Monday to Bellingcat and NGOs such as Amnesty International for what it accuses of disinformation in their documentation of the bombing of apartment buildings and humanitarian corridors allowing civilians to flee; and the use in residential areas of cluster bombs, air-dropped or ground-launched explosives that release or eject smaller submunitions.

Ordinary Ukrainians have been keen to document the war, using their cellphones to record the bombings and their destructive aftermath.

Russia’s information warfare campaign has also encountered other major setbacks, with social media giants Facebook and Twitter taking steps to remove Russian and Belarusian disinformation from their platforms and dismantle suspicious networks seeking to manipulate algorithms to inauthentically push a pro-Russian narrative. And Russia’s disinformation campaign has been severely hampered by the European Union’s ban on Russian state-controlled media RT and Sputnik from broadcasting in the 27-nation bloc.

EU chief diplomat Josep Borrell told European lawmakers after the ban was announced: “It’s not independent media, it’s assets, it’s weapons, in the ecosystem of manipulation of the Kremlin”. He added: “We are not trying to decide what is true and what is false. We have no ministers of Truth. But we need to focus on foreign actors who intentionally, in a coordinated way, try to manipulate our information environment.

Crucially, Russia’s disinformation machine has little response on the world stage to social media-savvy Ukrainian President Volodymyr Zelenskyy and his daily video addresses that have gone viral and helped rally support for his beleaguered nation.

In the face-off between the man-of-the-people TV comedian and the stiff spymaster, Zelenskyy fares better. “Seen from the perspective of someone who studies crisis leadership, it was extremely effective,” according to historian Nancy Koehn, author of the book Forged in Crisis, which examines wartime leadership.

“He has demonstrated a deft ability to pivot and improvise as the circumstances of the crisis change. He communicates brilliantly with his own people and citizens around the world, seemingly improving as the days go by,” she told the Harvard Gazette. “Then add the emotional awareness and moral clarity that Zelenskyy uses, again and again, to explain to the rest of the world what is happening to his nation and his people. And his personal bravery and unwavering commitment to repelling Putin’s aggression, even in the face of great odds, is not only an inspiration to millions more, it is also a source of real personal power for the leader himself,” she added.

Even in Russia’s rigidly controlled media environment, the Kremlin faced challenges. An employee of the Russian public broadcaster Channel One managed to interrupt a live evening news broadcast on Monday by shouting “Stop the war!” No to war!” Journalist Marina Ovsyannikova, whose father is Ukrainian, held up a sign in Russian saying, “Don’t believe the propaganda. They are lying to you here. Studio producers rushed to cut her off.

The Rise Of Gru will open the Annecy Animation Film Festival