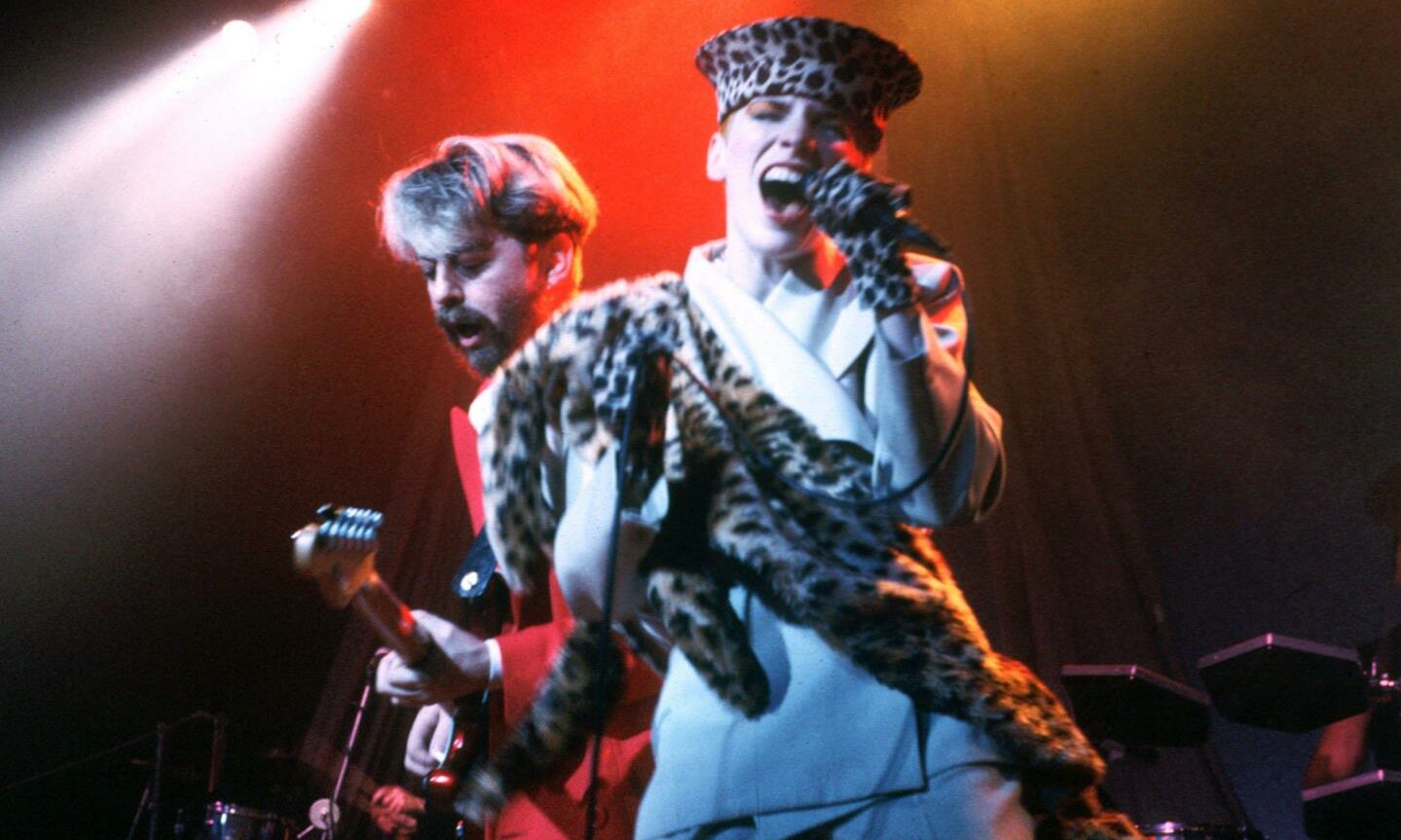 The rowdy Barracuda concert that Annie Lennox will never forget

It was the Dundee concert that Annie Lennox described as “the worst concert to date” when Eurythmics was covered in spit and cigarette butts.

Their first album, In the Garden, recorded in Cologne and released in 1981, lacked obvious singles and garnered mixed reviews.

But memories of In The Garden were quickly forgotten when their second album Sweet Dreams (Are Made of This) was released in January 1983.

Annie Lennox and Dave Stewart went on tour to support the album which meandered around a route of relatively small venues across the UK in the spring.

For the tour, Annie and Dave recruited drummer Clem Burke from Blondie and Mick Gallagher from Ian Dury and the Blockheads.

Sweet Dreams (Are Made of This) was released as the final single and reached number 2 on the UK Singles Chart where everything changed.

All English dates sold out and 200 people were turned away from Night Moves in Glasgow, prompting organizers to move to Dundee.

The Dundee Dance Factory used a variety of venues for concerts and the February 27 date was moved from the Royal Hotel to the Barracuda “to face the crowds”.

Annie had short, spiky hair dyed orange and wore a gray costume on stage with Eddi Reader singing the backing vocals after leaving the punk band Gang of Four.

Set the highlights of the 90-minute show included This is the House, The Walk, Love Is a Stranger, This City Never Sleeps and Sweet Dreams (Are Made Of This).

The concert will be remembered by Annie and Dave for all the wrong reasons.

The sound quality was zero and the stage so low that most people couldn’t see the band unless they were standing in the front rows in the front.

Annie and Dave then spoke to interviewer Hilary Smart from the Deadbeat fanzine, where they described what was one of their worst gigs.

“It was the worst gig yet,” said the Aberdeen-born singer.

“Lots of things went wrong like the PA cut, people spitting and throwing cigarettes from above and we were all really tired anyway.

“Also, with the stage being so low, it was impossible to have a connection with the crowd.

“Some nights when you leave the stage you feel lifted up – the audience has had a great experience and so have you.

“That sense of mutual respect where you give, they give back, you give more and it all snowballs.

Hilary asked Annie and Dave if they were happy with new backing band and vocalist Eddi Reader, who would have a successful pop career in her own right.

“Eddi has a great voice, she really blends in,” Annie said.

“The Gang of Four just shot her, they used her for effect, but her harmonies have intrinsic value to us.”

Dave spoke about the songwriting partnership between the couple that would produce some of the greatest songs of the 1980s.

“Annie writes almost all the lyrics and I suggest changes sometimes,” he said.

“I write a lot of backing tracks like The Walk or I’ve Got An Angel and Love Is a Stranger.

“Annie always seems to have exactly the right feeling with the words.

“Other times, we both sit down and write a lot of music together in our studio.”

Annie described the “totally different” experience of playing Top of the Pops and responded to people who thought she looked like David Bowie!

“Oh no, not Bowie – I thought more of an albino Grace Jones,” she said.

“But the music is more important than the image.

“The whole picture is really getting out of hand.”

The interview ended with Dave talking about the band’s plans for the future after the UK tour which was followed by 10 days in New York City.

“When we get back from that, we’ll be working on a new album that we’re recording in our new studio in a church in London,” he said.

“We are also interested in recording music for films and animation.

“Annie and I both want to produce other people and I would like to make videos for other bands.

Eurythmics went through grueling years of touring and recording, including eight albums in less than a decade.

In 1990, Annie and Dave decided to go their separate ways.

That didn’t mean the end of the music, and the band’s Greatest Hits collection entered the UK charts at No.1 in 1991 and spent no less than 10 weeks at the top.

After almost a decade apart, they came together to create a new CD, Peace, at the dawn of the millennium.

The album title was crafted to reflect the duo’s constant concern for global conflict and world peace.

They reunited again in 2005 to release the single I’ve Got a Life, as part of a new Eurythmics compilation album, Ultimate Collection.

Although they remain close friends, Annie and Dave haven’t performed as Eurythmics since 2019 at Sting’s 30th We’ll Be Together Benefit Concert in New York City.

Eddi Reader: My first years with Eurythmics on the road to Top of the Pops