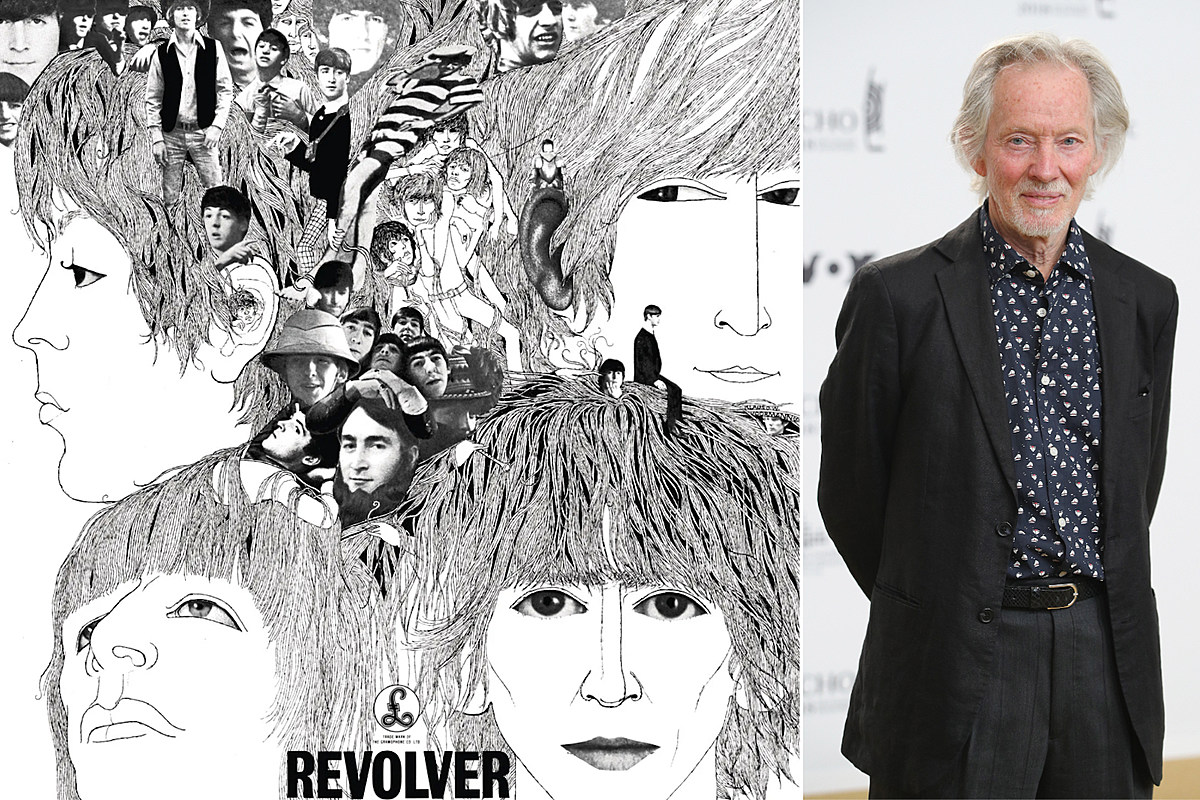 As he listened for the first time to the rough bits of the Beatles‘ Revolver In the spring of 1966, Klaus Voormann was struck by a thought: “It’s going to be hard to do a cover!”

The German artist made this cover, of course – an iconic black and white collage that signaled the sonic experimentation of the Fab Four and the producer Georges Martin deepened on their seventh studio album. Voormann won a Grammy for it in 1967, and his works are all over the new remix and expanded editions of Revolver coming out October 28.

Looking back on the cover 56 years later, Voormann told UCR, “I’m very happy with it. There’s nothing I would do differently. I think it captured what I wanted to capture. I think that’s perfect.”

Voormann was no stranger to the Beatles. A bassist and visual artist himself, he met and befriended the band in the early 1960s when the quartet were playing residency in Hamburg. When Voormann moved to England a few years later, he lived with george harrison and Ringo Star at the band’s London apartment after Paul McCartney and John Lennon had moved. So a call from Lennon asking Voormann to come and listen to the Revolver tracks, with an eye to cover design, wasn’t particularly surprising.

But the music was.

“They were just raw, not finished, but it was amazing, just amazing. So many great songs,” Voormann says. “And then came ‘Tomorrow Never Knows’, which was so amazing because I didn’t expect it. I was sitting there listening to the tracks, and suddenly you heard these birds fluttering and speeding up the tapes, the cymbals backwards, the guitar solo, all this rumble was going on. Immediately I was captivated by that and thought it was wonderful. But when it was over, I thought, ‘Oh my God, what are the fans going to say?'”

The cover’s mission, as Voormann saw it, was to send out a flare to alert listeners that Revolver contained several dramatic sonic deviations from the Beatles norm.

“You had…I don’t want to call it a split fan unit,” Voormann explains, “but you had fans who loved ‘Love Me Do’ and ‘Hold Your Hand’ and all those early tracks, and for them , [Revolver] was a big step in a new direction from ‘Tomorrow Never Knows’ or even ‘Eleanor Rigby.’ Then you had the newer, slightly more sophisticated fans. It was difficult to reconcile the two.”

The challenge led Voormann to eschew traditional album covers—a single, usually color, photo of the band—and opt for a black-and-white collage that could incorporate a multitude of images. “I thought we needed a lot of photos,” he says. “Fans always want to see pictures, and the more they can get, the more fun it is for the fans. That was the main idea. I wanted to have lots of characters and boy faces.”

Voormann already had a number of images from German magazines and regular Beatles photographer Robert Freeman on hand, but he also called on the band members for selections from their own stashes. “I spoke to one of the boys and said, ‘Come on, you have to go home and get out your drawer and take all the old pictures you have and send them all to me,'” he recalled . “And they said, ‘Well, we can’t do that. These are terrible photos. I said, “Look, leave it to me. I’m not going to choose bad ones. I’m just going to choose the ones that are funny and relevant to the subject.” And that’s what they did. They sent me a big envelope and everyone put their pictures in there and I had a lot to choose from.”

Unify all images on the Revolver the cover depicts the Beatles’ hair, a swirl that gives the cover a psychedelic edge, even in black and white. “Hair is very important,” says Voormann, “and it’s very hard for people these days to imagine how important and sensational those haircuts were. The Beatles’ hair – we called it ‘mushroom head’ ‘ in Germany. So I thought, ‘It’s a good idea, something with hair. Then I came to the conclusion to use a lot of hair.’

The Revolver the cover raged with the band before fans even saw it. Voormann confirms the oft-shared story that the Beatles manager Brian Epstein wept with joy when the artist presented it to her. “It was true, yes. I’m not making this up,” he laughs. “[Epstein] really said he was worried about the audience not accepting the music – same thought as me. He said, “This blanket is the bridge. You built the bridge to this new music.'”

Voormann’s connection to the Beatles continued beyond Revolver. He played on solo albums by Lennon, Harrison and Starr and was part of the Plastic Ono Band’s first concert at the Toronto Rock and Roll Revival in September 1969. He also designed covers for The Beatles Anthology albums, as well as illustrations for the Bee Gees, Harry Nilsson, Turbonegro and others. McCartney and Starr even played on his first solo album, The journey of a sidemanreleased in 2009.

Now semi-retired, Voormann still works on occasional art projects, though hand issues keep him from playing bass. He also remains friends with McCartney and Starr. “Any time [McCartney] is in Germany or if he does a concert, he says: ‘Klaus, I’m here. Why do not you come ? He sends me tickets and then we see each other,” he says. “Normally, I don’t make an effort, and I’m not one of those guys who harass other people. Maybe that’s one of the reasons we’re still in touch, because I leave him alone most of the time.”

The stories behind every Beatles LP cover

In some ways, the Beatles album cover might be just as fascinating as the music inside.

The electronic license plate hits the streets of California