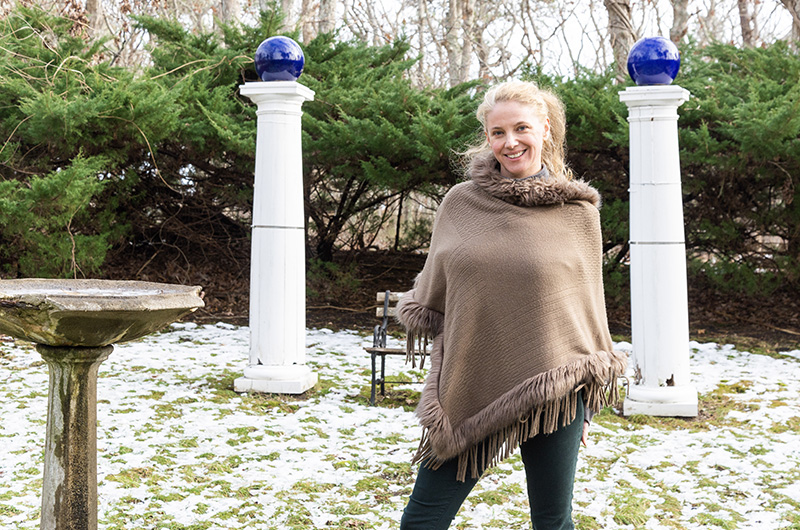 Victoria Campbell has always been a storyteller, and The Vineyard provided some of her early inspirations.

“It was a great place to fire up the imagination,” the actress-turned-filmmaker said last week over the phone from her parents’ home in Vineyard Haven.

“I spent a lot of time alone in the woods, walking and making up stories in my head and talking to trees, so that was a great start,” said Ms Campbell, who recently co-hosted a series of films for the Museum. of Modern Art (MoMA) in New York.

Presenting at MoMA February 16-17, the program celebrates the Millennium Film Workshop, an influential hub for experimental filmmakers since the 1960s.

“It was this ruined place in the East Village, but with all this crazy history,” Ms Campbell said.

“Andy Warhol had been there. Todd Haynes had shown his first film there. Steve Buscemi used to rent equipment. . . A whole host of names,” she said.

Mrs. Campbell discovered the studio after making her first film, House of Bones, about her family in the vineyard.

“I had my first screening in New York there. A hundred people came, and it was great,” she recalls. “Then I worked there and took some tickets and I saw all kinds of movies that I would never have seen, [and] then I decided that I had to go back to school.

She chose the documentary program at the School of Visual Arts in New York, learning new ways of telling stories in

“I want to experience what a documentary can be,” Ms. Campbell said. “I like the texture of it. You’re not tied to any studio or team – you can go out and do these stories on your own.

She also learned visual techniques at the Cinema Workshop, which closed in 2011 and sold its archives to MoMA.

“Millennium really taught me how to use Super 8,” she said, referring to the Eastman Kodak color film format introduced in 1965. ce.”

She also used the format in Haiti, where she worked as a humanitarian volunteer after the 2010 earthquake.

“I think you shoot with more focus,” she said.

Her journey to acting began on stage, as she sought to establish an acting career after college.

“I was really motivated to play, ever since I was young,” she said. “I loved acting, and that was really what I thought I would end up doing.”

But after majoring in French and Italian literature at Bard College, she came up against the harsh reality of pursuing an acting career in New York and Los Angeles.

“New York has been a lot harder than I thought it would be, auditioning and trying to make money as an actress,” she said. “We did Shakespeare in the parking lot, not in the park.”

Ms Campbell has found a few film roles in Los Angeles, but scoffs at the work she has done, such as portraying ‘the angry woman’ in a TV Life of Christ.

“I was supposed to be Mary Magdalene, but [the actor playing] Jesus was too small,” she recalls.

Other potential bookings were also uninspiring, she said.

“They really liked me for the reality show [with] Flava Flav. It was things like that, like being the girlfriend or the best friend,” she said. “I hate that feeling of waiting to do someone else’s job and being directed. You’re giving up so much of your own power, which I’ve been doing for so long.

Back in New York, Ms. Campbell finally followed through on what a filmmaker friend had suggested to her from their college days.

“He always told me to take a camera and film my family,” she said.

The death of his beloved grandmother catapulted House of Bones.

“They were going to sell [her] house that summer,” said Ms. Campbell, remembering her next thought: “I’m going to get a camera and capture that crazy house and all the characters. »

Self-taught as she went, Ms Campbell traced the struggle of her grieving family members with the loss of the family matriarch and her generational home on the island.

His most recent documentaries include Dimka, which portrays a transvestite Russian exile and was screened at Martha’s Vineyard Film Society’s Spectrum festival last spring, and Mr. President, filmed during his travels in Haiti.

Weaving interior and exterior shots, found images, environmental sounds and lyrics, the film acts as a meditation on time, space and consciousness as well as a portrait of the city.

“I was playing with the way we see in New York, and the space and how the space has changed,” said Ms. Campbell, who included snaps of the old Millennium Center after it closed.

“Sometimes in New York things go so fast that you don’t always know how [quickly] things are changing,” she said.

His other job, as a middle school teacher in the South Bronx, led to a short film in the series directed by two of his students, siblings Roberto and Anexsa Polanco.

“They had an idea and they went out and made a movie,” she said of Polancos’ dystopian Future Visions.

Her own college years were not her happiest, Ms Campbell recalls. “I was very excited to get off the island and see the world,” she said.

Now she’s not just back in the middle grades — she’s also on the vineyard again: During a year off from Middle School 562 in the South Bronx, Ms. Campbell teaches English to students in seventh and eighth at West Tisbury School, just upstairs. the road from where she attended Tisbury School in the 1980s.

“It’s so funny that I’m back to the one place I was so looking forward to leaving,” said Ms Campbell, who also lives with her parents, in her childhood bedroom, with her own little girl.

But The Vineyard is also both a refuge from urban life and an opportunity to reconnect with one’s original creativity.

“This island is still my interior architecture,” Ms. Campbell said.