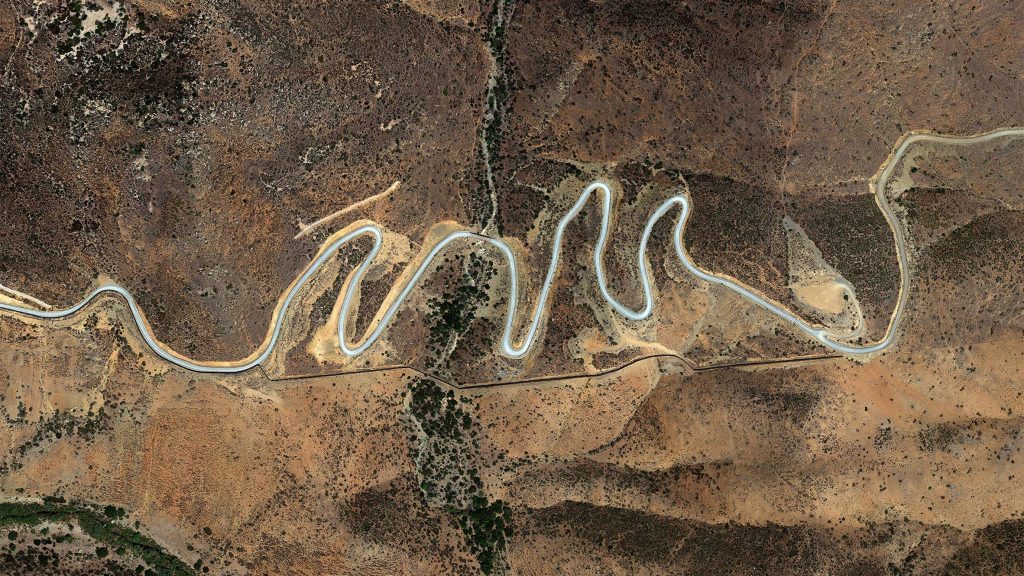 The World Around 2022 “speaks about design as it does news”

Dezeen has teamed up with The World Around to livestream their 2022 summit on February 5. Ahead of the conference, founder Beatrice Galilee explains the purpose of the summit and foresees the changes she expects to see in the design industry this year.

The 2022 edition of The World Around architecture symposium will cover a wide range of contemporary topics, including the rights of forests and trees to whether refugee camps should be granted World Heritage status.

According to founder Galilee, this is part of an attempt to “untangle contemporary architecture from the narrative of a predominantly Western canon”.

“We try to use The World Around as a way to talk about design as news, not just describing objects or buildings,” Galilee told Dezeen.

“This year we see more and more people working to unpack and understand the intensely complicated world we live in.”

Speakers at this year’s conference include curator Lesley Lokko, who will introduce a new educational platform in Ghana called the African Futures Initiative, author Amitav Ghosh, who will talk about his new book The Nutmeg’s Curse, and filmmaker Matthew Heineman, which will focus on his New York pandemic documentary titled First Wave.

The 2022 edition of The World Around is the third annual summit organized by the non-profit organization, founded by Galilee in 2020 with the aim of deepening architectural discourse.

Dezeen previously broadcast the inaugural symposium in 2020 and the summit in 2021 live, in addition to the In Focus: Land lecture series organized by The World Around last year and a collaboration as part of the Virtual Design Festival for mark Earth Day in 2020.

The World Around 2022 Summit will be streamed live on Dezeen on February 5.

Read on for an interview with Galilee on The World Around and his plans for the summit below.

Decide: What is The World Around and why did you create it?

Beatrice Galilee: Someone once said that The World Around was like a first draft of architectural history, which I really like. We create public programs that bring together the world’s newest, important, influential and emerging architects, designers and artists and ask them to share their work in a very short and accessible way.

I was the first curator of architecture and design at the Metropolitan Museum of Art, and during the five years I was there I tried to develop an effective way to communicate regularly and with impact on architecture and contemporary design. I organized a series of public programs, “In Our Time”, and an annual one-day conference, “A Year of Architecture in One Day”, which we broadcast live on Dezeen.

Before The Met I had traveled all over the world curating biennials in China, Korea and Portugal, worked on really fun events for Milan Design Week and also started The Gopher Hole , my own space in London. with an aberrant architecture. The World Around is a kind of hybrid of all these curatorial experiences!

It brings what I’ve learned from working with large, slow organizations and the fast-paced experimental spirit of biennials. We started just before the pandemic in January 2020, so things have changed quite a bit since our first event.

Decide: How have things changed since your first event in January 2020?

Beatrice Galilee: It was a huge financial challenge to survive. As a brand new public charity, we don’t have our own physical space, certainly not an auditorium, and so I decided to create collaborations with institutions that can host and broadcast these events. During the first weeks of the pandemic, we worked with the Dezeen team who hosted the Virtual Design Festival and organized our first public “Earth Day” program.

We then developed a residency model with the Guggenheim Museum in New York which hosted our annual summit last year and will host our annual summit on February 5 this year, and we are now also in partnership with Het Nieuwe Instituut in Rotterdam . They are our first European partner, and we are working with them on a big event for June 11, and we are discussing with a few other international institutions how we can collaborate with them as well.

After the live event, we can then turn the presentations into short films on our website so that they are free and accessible to everyone. As a traveling model, we want to partner with institutions around the world to ensure that we raise awareness of the role architecture and design can play in critical conversations, as well as to share inspiring stories of designers, thinkers and international designers. .

Decide: What do you think are the big changes we will see in the architecture and design sector this year? Where can the sector help global issues?

Beatrice Galilee: We try to use The World Around as a way to talk about design as news, not just to describe objects or buildings. This year we see more and more people working to unpack and understand the intensely complicated world we live in.

In the past, Caroline Criado Perez has spoken about design, data and gender and urban collective BlackSpace has shared her work for black architects and urban planners in the United States, we have had programs on land and indigenous rights in United States.

Decide: What can you tell us about this year’s summit? What is the goal ?

Beatrice Galilee: The top is always a summary of everything that happened over the past year. So we don’t have a specific thematic orientation, it just emerges after reviewing all the interesting projects and activities of the year.

One thing that really stands out is a sense of responsibility among designers and practitioners to untangle contemporary architecture from the narrative of a predominantly Western canon. Which architecture becomes history and why? What is kept and for whom? Should a refugee camp get World Heritage status? What are the rights of trees and forests? How can we use technology – games, apps, digital projects – to meaningfully impact lives and spaces?

Decide: Where would you like The World Around to be in five years?

Beatrice Galilee: We have lots of plans for the future! I would love to see The World Around organize events in many new cities and spaces, develop long-term collaborations with major global institutions.

The World Around takes place online on February 5. See Dezeen Events Guide for an up-to-date list of architecture and design events happening around the world.

This article was written in partnership with The World Around. Learn more about our partnership content here.

Rod Wave’s New Video Might Be His Loneliest Yet, Which Is Saying A Lot