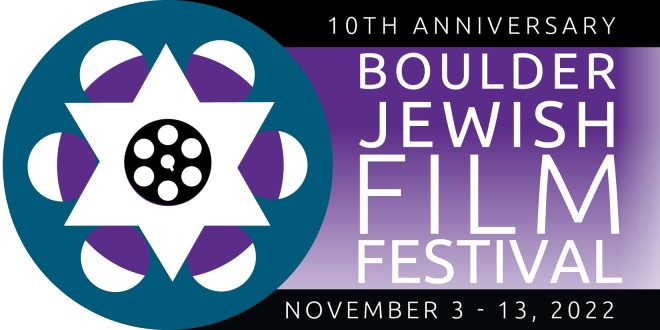 This time last year I was preparing to launch the fully virtual 9and edition of the Boulder Jewish Film Festival, which proved to be a successful albeit quite different experience in difficult times.

This year, the festival will celebrate its 10th anniversary. November 3-13, having been permanently moved to the fall for various reasons related to the increasingly rich programming of JCC events and to avoid the spring storms that so often disrupted our event.

I have already found many excellent films for our 10and festival, which we hope will take place entirely in person, but could also have a virtual component.

In the meantime, there is no shortage of excellent Jewish films. Next week Dairy’s Boedecker Theater and JCC present “breaking bread,” a wonderful new documentary centered around a culinary collaboration between Israeli and Arab chefs. The inspiring and encouraging film plays from March 9 to 13 at the Boe.

Also, on April 5 and 6, the Boe presents “Dave Grusin: Not enough time“, which we also screened at the festival with director Barbara Bentree herself. This time, Dave Grusin — a UC alumnus and a permanent attendee of the Global Affairs Conference — will also appear with his well-deserved bio picture. For tickets to both films, visit thedairy.org.

“Persian lessons,” which I also plan to show in November, and which is playing widely on the festival circuit, is a terrific Holocaust drama that hinges on a clever and desperate survival strategy.

“The Automaton,” a documentary I saw at the Telluride Film Festival, features commentary from many notable Jewish celebrities – although Jews are by no means the only ones who frequent the groundbreaking New York and Philadelphia restaurants warmly remembered in this nostalgic slice of Americana.

Not to be confused with “Violinist: miracle of miracles– which we showed two years ago and is currently available on Amazon Prime – “The Fiddler’s Journey to the Big Screen” takes a behind-the-scenes look at the beloved film.

I also highly recommend “Bernstein Wall,” a fresh look at the iconic composer whose “West Side Storyis currently experiencing a rousing revival of Spielberg.

Although devoid of Jewish content, “Julia,” the new biography of Julia Child, was one of my favorite Telluride films.

Last year Menemsha Films, in my opinion the leading distributor of Jewish films, launched a streaming site featuring many of the films we’ve shown over the years, as well as a wide range of worthy titles that are not otherwise not available. ChaiFlicks, available for $5.99 per month, also features many hit Israeli TV shows, including my recent favorite binge, the hilarious “To verify“, and the award-winning comedy “The Bad Boys of Yeshiva”, “The new black” (previously titled “Shababnikim”). New and classic titles, like this week’s addition of “Bethlehem,” continually adding to an already impressive catalog. Free trial available.

Currently in theaters, Paul Thomas Anderson “Licorice Pizza” is a creative invention served with a delicious Jewish garnish, featuring singer Alana Haim (along with the rest of her family) in a wild game in 1973. A Best Picture nominee in the upcoming Oscars, set for March 27, it joins several films with bona fide Jews.

Jewish actor Andrew Garfield is nominated for his outstanding portrayal of deceased Jewish musical theater sensation Jonathan Larson in “Tick, tick…boom.” Unfortunately, Joel Cohen (working without his brother Ethan for the first time) was overlooked as Best Director for his masterful “macbeth“, (Apple TV) which scored three nominations. Fortunately, Spielberg mentioned above “West Side Story“, Worth Watching for Musical Numbers, landed seven nominations, though I was pleased to see that Tony Kushner wasn’t nominated for his rather shy, socially conscious screenplay.

Enjoy watching and be sure to check out all the other great programs at CCG this spring.