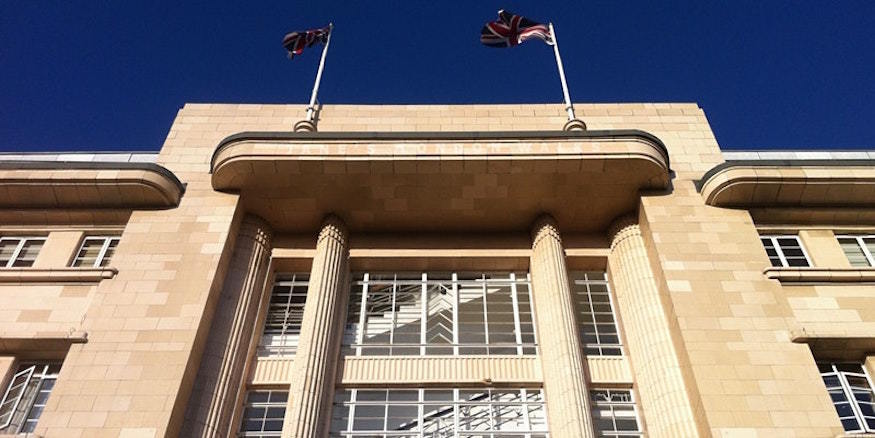 At the time of writing, the Covid-19 situation is evolving rapidly, with the possibility of new restrictions being introduced in the coming days, so check to see if events are still unfolding before you go.

Things to do at home and online events

ROYAL OPERA: The Royal Opera House will expand its online offerings over the next two weeks, with performances by the Royal Opera and the Royal Ballet, starting with Sleeping Beauty.

NETFLIX: From children’s favorites like Paddington to the more racy Bridgerton, we’ve compiled a list of movies and TV shows currently available on Netflix, which were filmed in London. See parts of the capital, from Greenwich to Soho, on screen, without leaving your home.

IN THE WINGS: The end of 2021 saw a slew of documentaries about London hit our screens, taking us behind the scenes at institutions like Harrods, Liberty, Natural History Museum and the Tower of London, and all are available to stream online. Some of them have a festive side, but there’s no harm in hanging out Christmas a little longer …

FOOD DELIVERY: London’s hotel industry is struggling right now. If your favorite restaurant is closed, or you don’t feel comfortable dining out right now, why not show your support by ordering from you instead? Our guide to the best food and drink delivery services in London covers everything from burgers and afternoon tea to wine and gin, all delivered right to your door. Add it to your favorites and support them in January and beyond.

VEGAN: Speaking of delivery services, there’s no need to leave home if you’re doing Veganuary this year. These vegan delivery services include Mexican, Indian, and Caribbean food, and even donuts.

EMMA’S SONG BOOKS: The Museum of London is teaming up with the Guildhall School of Music and Drama for a performance of songs dedicated to Horatio Nelson’s naval victories, recently rediscovered in Emma Hamilton’s songbooks. The performance is preceded by a presentation by museum librarian Lluis Tembleque, who recently discovered the songbooks, and is available to stream at home anytime through January 11. From Friday December 31 to Tuesday January 11

CENSUS OF 1921: As details of the 1921 census become public, experts at Findmypast are hosting an online discussion of the stories and secrets revealed by the documents, as well as the historical context in which the census was taken. Saturday January 8, 10 a.m.

SCIENTIFIC MONSTERS: The Viktor Wynd Museum is hosting Professor Stephen Asma for an online talk on some of the dominant monster types in ancient Western literature, natural history and philosophy, and how they were medicalized. Sunday January 9, 8 p.m.

Go out and about

Glad to be out right now? Try these events, but please follow the restrictions where they apply.

ICE SKATING: Christmas is over (boo!), But some of London’s seasonal ice rinks still live on, most notably at Canary Wharf and the Natural History Museum. All rinks have a charge, so the number of skaters at any one time should be limited, but if you’re looking to avoid the crowds, one of the less central locations is probably a better option, as is a weekday visit.

BIG FIRE: The Museum of London returns with its semi-regular, family-friendly Great Fire of London walk. Join a guide for a walk through some of the City of London locations linked to the fire, and learn where and how it started and where it left off. Intended for ages 5 and up. Saturday January 8, 10:30 a.m.

NEIL DIAMOND: Hello Again is a musical performance dedicated to the life and career of singer Neil Diamond, which takes place at Fairfield Halls in Croydon. Video, imagery, and storytelling are all present, along with some of her most beloved hits such as Sweet Caroline and Love on the Rocks. Saturday January 8, 8 p.m.

FAMILY FUN WEEKEND: The Cutty Sark gets off to a good start on Burns Night, starting the celebrations over a fortnight earlier with a weekend of Scottish-themed family fun. Enjoy sailor song shows, storytelling, and puppet-making as you explore the ship. Weekend January 8-9

TWELFTH NIGHT: London’s annual Twelfth Night celebrations blend ancient customs with modern festivities, making it a quirky and eclectic event. Head down to the riverside near Shakespeare’s Globe to witness the boating, Holly Man (or Green Man) parade across the river, dramatic performances and have a chance to be crowned king or queen for the day by finding a bean or a pea in a cake. As we said, a strange (but fascinating). Sunday January 9, 2 p.m.

TS ELIOT PRICE READINGS: As the list of nominees for the TS Eliot Prize is announced, the Southbank Center is hosting readings from this year’s shortlisted poets, including Raymond Antrobus and Kayo Chingonyi. Sunday January 9, 7 p.m.. Also available to stream online for a week after the event.

Explore London (and beyond)

Want to get out of your house, but can’t face large crowds? Try them out, alone or with your household, family or a small group of friends:

WEEKEND WALK: We’ve taken some serious walks in our day and shared the best of them with you – here are a few of our weekend walks (don’t tell anyone, but you * could * do them anyway. which day of the week). Favorites include a meander through London’s ‘Valley of Wine’ and a ride in pursuit of the ‘lost’ river fleet.

CYCLING: Do you prefer a faster pace of life? Take two wheels and follow this cycle path through West London, or this beautiful route through South London. Want to stay more central? Cycle from St James’s Park to Kyoto Garden in Holland Park.

BOTANICAL GARDEN: Reopening from January 4th, Enfield’s Myddelton House Gardens is a free day outdoors for the whole family. It is home to part of the old London Bridge, the old Enfield Market cross, Clerkenwell cobblestones, an optical illusion and a mysterious royal monument.

WINNIE THE POOH: Want to venture further? Ashdown Forest in East Sussex is the spiritual home of the fictional bear Winnie the Pooh and his friends. Take a look at our guide for where to see the places related to the novels, including the Pooh Sticks Bridge, the AA Milne Memorial, and of course the Pooh Corner Museum, Shop, and Tea Room.