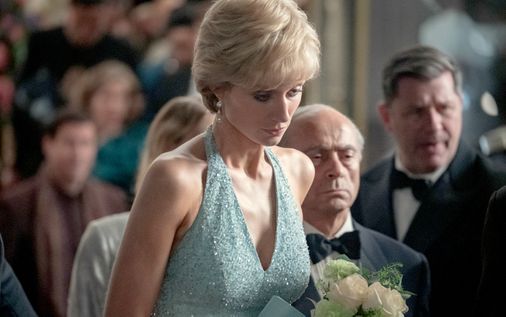 I’m tired of hear that “The Crown” is not accurate, the likes of Judi Dench and former Prime Minister John Major, and that Peter Morgan, the show’s creator and screenwriter, is making things up. I mean, of course he makes it up. It’s historical fiction, built on scenarios, costumes and props, not documentary footage.

All of our beloved royal dramas, including ‘Wolf Hall’, ‘The Tudors’, ‘The Great’, ‘Victoria’, ‘Anne of a Thousand Days’ and even Katharine Hepburn-approved ‘The Lion in Winter’, are false. “The Crown,” which returns for its fifth season, is wrong. Shakespeare’s plays on royalty, including ‘Richard II’ and ‘Henry V’, are wrong, to the very last.

Who said, “Uncomfortable lies the head that wears a crown”? A character from Shakespeare’s “Henry IV”, not the real Henry IV.

Historical fiction, especially when it comes to private famous people, can indeed be powerful, as it contributes to our understanding of them. But we always have to take what we see in these shows and movies with a grain of salt. It may be easier to do this with a whimsical series like “Bridgerton” than with the more serious, restrained tastes of “The Crown,” but it has to be done. The writers color the gaps between landmark public events — a beheading, perhaps, or a car crash — with entirely made-up private conversations and made-up emotions.

What Morgan does in “The Crown” is use her imagination to turn an array of public figures into flawed human beings. It may bother purists, or apologists for the monarchy, or those who hate it – but it does, and it does it with compassion and sensitivity.

WHAT I WATCH THIS WEEK

1. “Fleishman is in trouble” is an eight-episode series based on the novel by Taffy Brodesser-Akner, who also wrote this Hulu adaptation. Jesse Eisenberg stars as a recently divorced 41-year-old New York doctor who enjoys his newfound sexual freedom when his ex, played by Claire Danes, goes missing and he has to take care of their two young children. Lizzy Caplan and Adam Brody also star as his two best friends – Caplan also recounts, in the trailer — and Josh Radnor and Christian Slater have recurring roles. The comedy-drama opens Thursday.

2. The folks behind German series ‘Dark’ return on Thursday with a new Netflix horror drama called“1899.” It’s about a mysterious steamship journey carrying immigrants from London to New York in the late 19th century, and it features dialogue in many different languages. (It sounds intense in the trailer.) Anton Lesser and Emily Beecham are among the major cast.

3. Thursday features a pair of comebacks. “Dead to Me” is Netflix’s comedy about the unlikely, secretive, and sometimes deadly friendship between Christina Applegate’s Jan and Linda Cardellini’s Judy. This is the third and final season. And “The Sex Life of College Girls” is the HBO Max comedy, co-created by Mindy Kaling, about the newfound freedoms of dorm life for a small group of friends. This is his second season.

4. The CW had a hit in 2021 with “The Waltons: Homecoming,” so the network is bringing back the Depression-era family for another movie, “A Waltons Thanksgiving.” Bellamy Young and Teddy Sears return as Olivia and John Sr., and Logan Shroyer returns as John Boy. The original John Boy, Richard Thomas tells the story (and presents the trailer), and he will certainly try to provide warmth, kindness and hope. It’s Sunday at 8 p.m.

“Unlimited with Chris Hemsworth” A six-part docuseries about the potential of the human body. Disney+, Wednesday

“Master of Light” A documentary about an artist who spent 10 years in federal prison. HBO, Wednesdays, 8:30 p.m.

“The crown” A captivating new season with a new cast. netflix

“The United States and the Holocaust” A powerful three-part documentary from Ken Burns and his team. GBH 2

“The patient” Steve Carell as a therapist kidnapped by a serial killer. Hulu