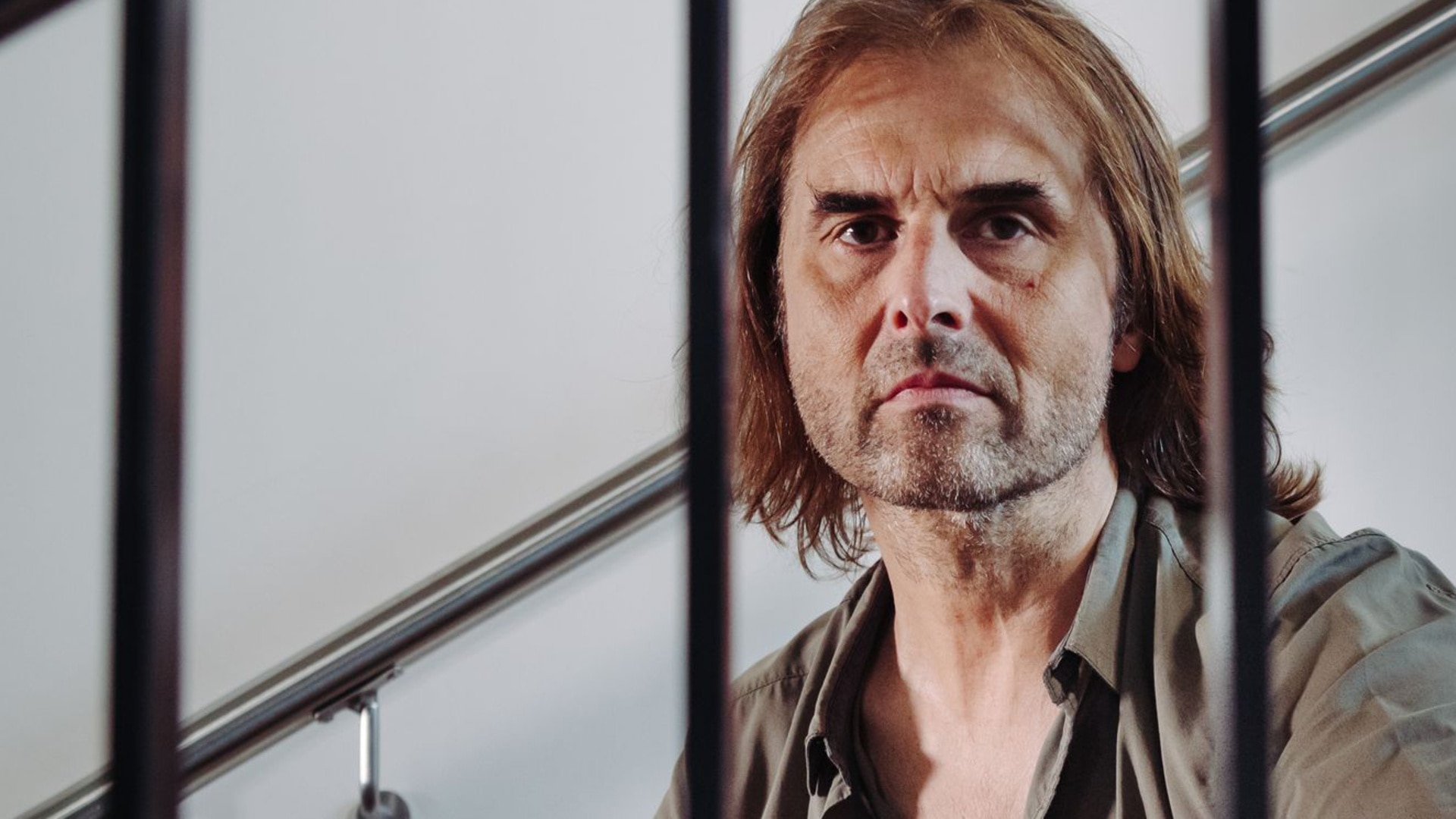 Thomas Imbach, a filmmaker who is not afraid of masculinity

An online retrospective of filmmaker Thomas Imbach offers the chance to discover the work of one of the most daring Swiss directors. Imbach’s range of subjects and styles is possibly the widest in the Swiss film scene and even his early films still resonate today.

One film discipline in which Switzerland excels as a film nation is documentaries. Becoming an established figure in such a scene is no small feat, but one filmmaker is currently gaining international attention.

From November 22, the international streaming platform DAFilmsExternal link, organized by Doc Alliance, a creative partnership of seven European documentary film festivals, will launch No shortcuts: the films of Thomas Imbach, an online retrospective of ten works by the Swiss director.

Born in Lucerne in 1962, Imbach first rose to prominence in the 1990s and has since developed a reputation as a non-conformist, notably thanks to his eternal blurring of the traditional boundaries between documentary and fictional cinema.

Where to watch the movies

Well done for a start

His retrospective began in 1994 with Well done. Although Imbach has already made two short films beforehand, Well done is well chosen as a starting point, because, even 27 years later, it is a great artistic statement.

Set in an investment firm, the film details the daily lives of several employees – an IT technician struggling to balance his professional and private life; a female manager fighting against sexist attitudes; the small army of women on the telephone; account managers discussing the movement of tens of millions of Swiss francs; department heads overseeing a workforce in the throes of nervous breakdowns.

While Well done borrowed a lot – Godfrey Reggio’s KoyaanisqatsiExternal link and veteran observational documentary maker Frederick WisemanExternal link come to mind – it is also unmistakably a milestone in Swiss documentary cinema: a portrait of Zurich at the dawn of the Internet age.

This was followed by the years 1997 GhettoExternal link, a kind of accompanying piece. The film focuses on a group of rowdy teenagers from the suburbs as they graduate from high school. Ghetto reduces the experimental set-up of its predecessor and raises the emotional issues. The protagonists are more accessible, their fights more clearly demarcated and their feeling of disillusion more tangible. Although full of contemporary moral panic about juvenile delinquency, the film is, much like Well done, a fascinating sociological time capsule of Switzerland at the end of the millennium.

Instead of doubling down on the technical innovations of these works, or settling into the niche of hyper-immediate background studies, Imbach continued to explore the boastful masculinity he encountered in Well donemeeting rooms and Ghettois the hangout for teenagers. His films in the 2000s – Happiness is a hot gun (2001), Happy too (2002), Lenz (2006), I was a Swiss banker (2007) and The day is over (2011) – are all affected, in one way or another, by toxic male behavior.

Happiness is a hot gun is a particularly thorny case. The film is based on the 1992 murder of German Green Party official Petra Kelly at the hands of her partner, former military general Gert Bastian. The docu-fiction imagines the two characters, played by Linda Olsansky and Herbert Fritsch, in a sort of purgatory, evolving in their tense relationship against the backdrop of an airport.

Imbach says he intended to grant Kelly a more “meaningful” death than being shot in her sleep. However, Joy reads primarily as a somewhat misguided attempt to give a poetic meaning to femicide. It is enough to do Joy Imbach’s most disturbing film.

Movies LenzExternal link and I was a Swiss banker, meanwhile, see Imbach’s documentary and fictional cinema merge completely. In the case of Lenz, which is inspired by the eponymous story of Georg Büchner, the main character is an egocentric director who desperately tries to reconnect with his ex-wife and son during a ski holiday in Zermatt. Here, Imbach draws unsuspecting passersby into increasingly awkward conversations, with lead actor Milan Peschel demonstrating both Lenz’s grip on reality and the emptiness behind the cheerful facades of Zermatt chalets. .

Lenzsummer mirror image of is the modern fairy tale I was a Swiss banker. He is a vain banker seeking true love in order to escape the clutches of a wicked witch. The film flirts with Dadaism, combining truth-style imagery, non-professional supporting actors and wacky top performances on a messy journey through the legendary lakes of Switzerland.

These stories of too zealously executed masculinity are framed by The day is over – a collage of images taken from the window of Imbach’s studio in Zurich, accompanied by answering machine messages that tell the story of an emotionally unavailable artist named T. For 111 minutes, we learn of the death of his father, the birth of her son and her marital breakdown – yet T does not answer the phone; he just listens and watches.

Measured against all of his work, The day is over may be Imbach’s first achievement as an author. Returning to the fragmented views of Zurich interviewed in Well done and Ghetto, it offers a fictionalized memoir, a somber portrayal of the elusive artist as a middle-aged man, who doubles as an account – and perhaps also a devious celebration of – the toxic masculinity at the narrative center of many of his films. .

In another twist, however, Imbach’s work after The day is over seems marked by efforts to rethink some of its earlier themes. 2013 Mary Queen of ScotsExternal link, for example – a rare foray into an unmistakable historical drama – is a more conventional but also more graceful attempt to reassess the death of a famous woman than Happiness is a hot gun. Likewise, My brother, my love (“Glaubenberg”, 2018), a mythologically and autobiographically charged drama about a teenage girl pursuing sex with her older brother, is a more convincing descent into love-induced madness than Lenz.

Ultimately, Nemesis (2020), a chronicle of the demolition of the old Zurich freight station, shot in the same way as The day is over, sees Imbach renewing his interest, first seen in Well done, in sociological questions. They burst in Nemesis‘voice-over narration, made up of testimonies from immigrants awaiting deportation, affirming a strong political point: just as Switzerland razes its historic structures, it seems to pave its humanitarian tradition.

We cannot claim that Imbach’s entire career was built around this act of sharp criticism. It’s obviously consistent with some of the thematic interests his films espouse. But the real beauty of what we can rediscover in the ten titles of No shortcuts: the films of Thomas Imbach is not the hidden set of fixed ideological or artistic principles – it is the challenging, frustrating and exhilarating realization that Imbach is a rare Swiss director who truly contains multitudes.