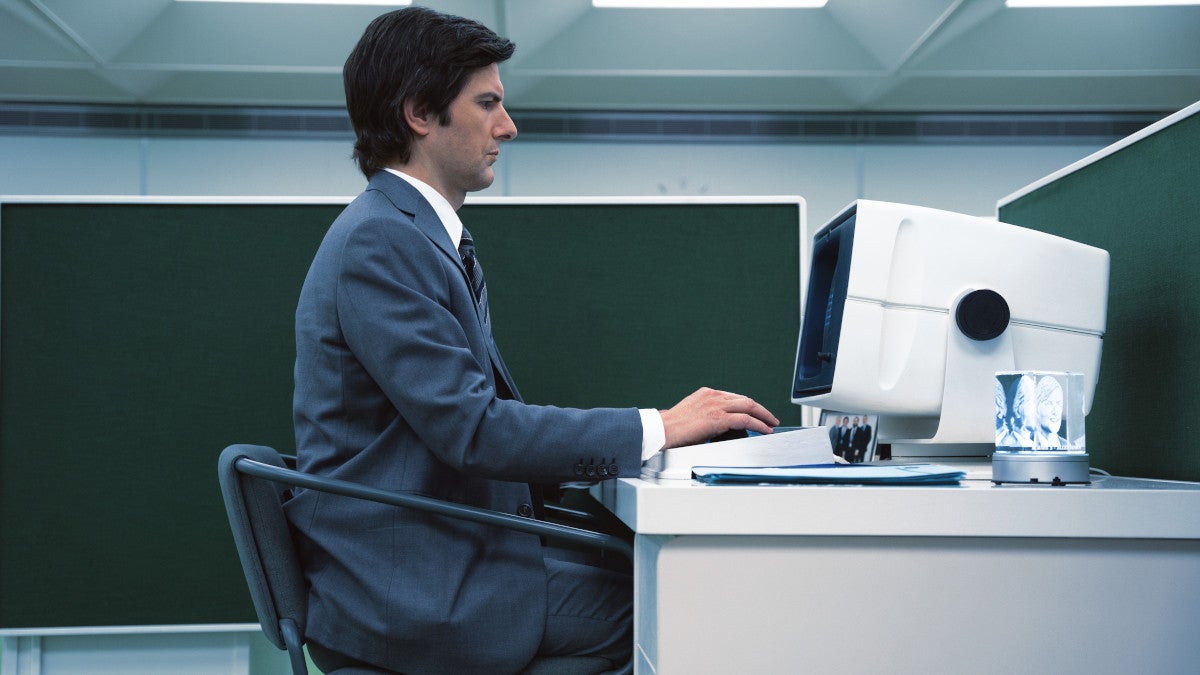 Spring is finally here. The birds are chirping, the sun is shining, and there’s a colossal amount of new televisions to keep you indoors and away from the chirping birds and the bright sun. (Isn’t that always the case?)

This week we have a new show from Michael Mann on HBO Max, a new DB Weiss movie on Netflix, a new spy movie starring Chris Pine on Amazon Prime Video and documentaries about Benjamin Franklin, a missing pilot and the life of a cow. Sorry Spring, you’re gonna have to wait a minute.

On the way with television!

Michael Mann, the visionary filmmaker behind “Heat” and “The Insider,” returns to television for “Tokyo Vice.” (Yes, Mann was also one of the people behind “Miami Vice.” But there’s no connection between the two beyond the title.) Based on the 2009 book of the same name by Jake Adelstein (starred in the series by, uh, Ansel Elgort), who was hired in 1993 by one of Japan’s biggest newspapers to be its first non-Japanese reporter. Adelstein is soon taken under the wing of a veteran vice-cop (Ken Watanabe) and exposed to Tokyo’s dangerous underbelly. This series has been in the works for a very long time and considering how scarce Mann’s output is these days (his last feature was 2015’s underrated “Blackhat”), it’s definitely worth getting excited about, even if Elgort is a disappointment. (You can Google why!) Hopefully we’ll be very happy to be on that beat. [TRAILER]

One of this year’s weirdest and most intoxicating new series, “Severance” follows Mark (Adam Scott), who works for a mysterious company called Lumon, which has the sinister practice of “separating” their employees once they leave the building, so they can I don’t remember anything going on inside. (Outdoors they refer to their “innies”, when indoors they refer to their “outies”.) With the retirement of one of his team members (Yul Vazquez) and the With the addition of a new team member named Helly (Britt Lower), the balance begins to be upset and life changes for just about everyone. With incredible performances from everyone involved (stars include Patricia Arquette, Christopher Walken and Jon Turturro) and bold styling, “Severance” has become one of the most addictive and weirdly rewarding shows on TV. And this finale will leave you on the edge of your seat and begging for more (don’t worry, they just started filming Season 2). [INTERVIEW]

“All the Old Knives”

How about a sexy spy thriller starring Chris Pine and Thandiwe Newton? What about a twisty scenario where Pine is asked to sue Newton, to see if she’s been compromised? (And you know that as he investigates, old wounds will be reopened and new ones formed.) How about a cast that also includes Laurence Fishburne and Jonathan Pryce? What else do you need to know? [TRAILER]

What would drive a pilot named Gary Betzner to step onto a bridge and just…jump? It’s the mystery that began in 1977 and continues to this day, and it’s the subject of this new three-part documentary from HBO. Filmmakers Phil Lott and Ari Mark are veterans of those basic “Murder in the Heartland” and “Cold Case Files” cable staples, but their ambition is clearly greater here – to uncover the events that led to the extraordinary disappearance of ‘a mean man and fill in all the missing pieces that have plagued investigators and family members for decades. This really sounds like your next true crime obsession, the kind of thing that makes you scream “WHY HAVEN’T YOU WATCHED IT YET????” to total strangers. And that’s our kind of documentary. [TRAILER]

“Our Flag Means Death,” a pirate comedy show, inspired by real events and produced by Taika Waititi, began as a kind blunder. But as the first season progressed, awkwardly released in two-episode bundles by HBO Max, it turned out to be something considerably more complex and emotionally nuanced. Not to spoil anything for the first season, which you can now watch in full on the streaming platform, but which turned into a surprisingly moving queer romance, between the dandy Stede Bonnet (Rhys Darby) and Blackbeard (Waititi), the most fearsome pirate on earth. Considering the LGBTQ+ community is (still) under attack, it’s nice to watch a show that’s so open and wonderfully gay. [WATCH]

Just a week after this year’s Oscars (which went really well, there’s really nothing to talk about there), we now have the biggest night in music. Once again hosted by Trevor Noah, the ceremony was moved from Los Angeles to Las Vegas due to COVID concerns, which is a choice. (Las Vegas has never been associated with any kind of infectious disease.) And other speed bumps appeared, like the Foo Fighters who dropped out of their opening show due to the tragic death of their drummer Taylor Hawkins (they will be replaced by the Silk Sonic boys). Expect the unexpected. [TRAILER]

Everyone’s favorite founding father gets the Ken Burns treatment with this new four-hour documentary. It sounds like typical Ken Burns fare – lots of talking heads and filmed recreations – but Franklin was certainly a character (you’ve heard what he did with that kite before) and an instrumental, oversized figure in the creation. of the country very worthy of such a thorough exploration. [TRAILER]

One of the most underrated “adult” comedies currently airing, “Close Enough” follows 30-something couple Josh (series creator JG Quintel) and Emily (Gabrielle Walsh) as they grapple with life with a small child in modern Los Angeles. Of course, this coming from the creator of “Regular Show,” things get pretty weird, pretty quickly. But “Close Enough” is also surprisingly sweet and fun, and if you haven’t hopped on the show (it’s its third season since 2020), it’s time to catch up. It’s all on HBO Max and it’s all wonderful. [TRAILER]

The new film from “Fish Tank” director Andrea Arnold is actually a documentary, following the life of a cow named Luma who lives (and presumably dies) on a farm in Kent, England. “Cow” received rave reviews when it premiered at the Cannes Film Festival last summer and hits theaters and VOD today. That might be enough to make you vegan. [TRAILER]

The first Netflix project from “Game of Thrones” showrunner DB Weiss is a different kind of royalty: metal lords. Executive produced by Rage Against the Machine legend Tom Morello, “Metal Lords” is a Netflix original film about a couple of hard rock nerds (Jaeden Martell and Adrian Greensmith) competing in the Battle of the Bands contest at their local high school. (It was directed by Peter Sollett, the filmmaker of “Nick and Norah’s Infinite Playlist.”) Rock on. [TRAILER]