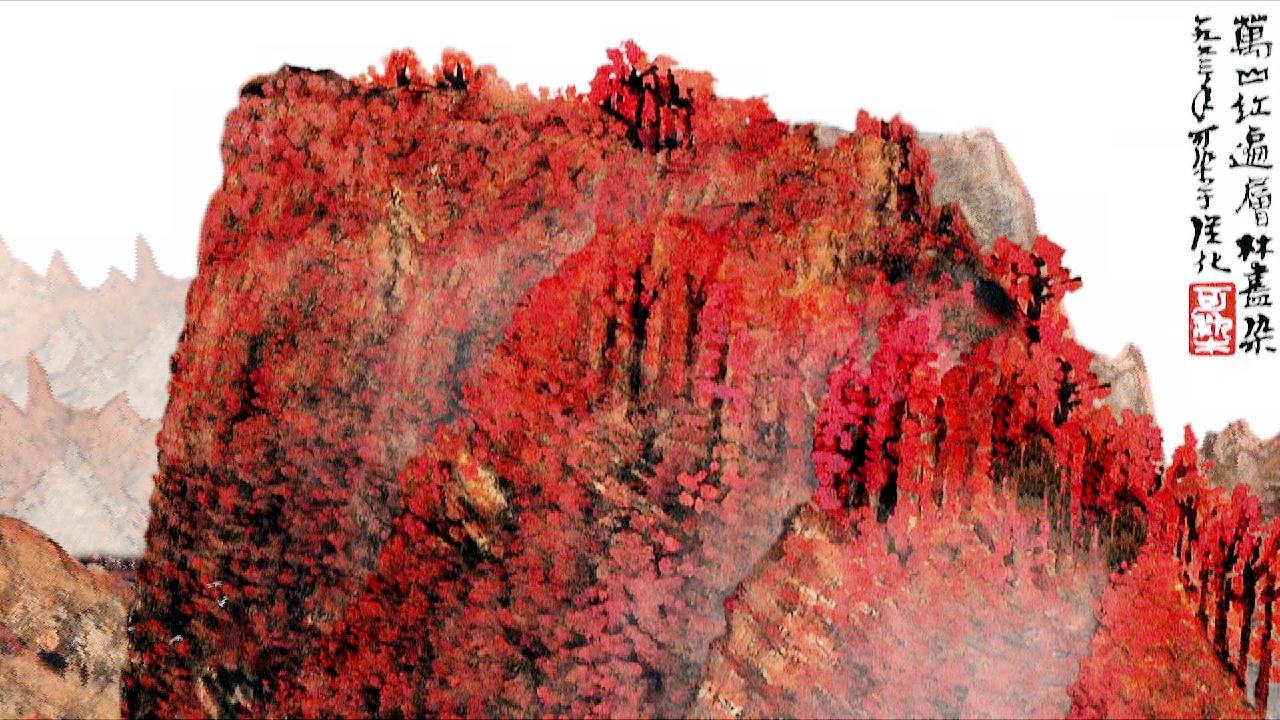 Red is probably the favorite color of the Chinese. In Chinese culture, red usually signifies something vigorous, enthusiastic, inspiring, or auspicious. It is also a common color in classical paintings.

The famous painting “Ten Thousand Mountains Bathed in Red” is a representative work of the series in the case. Created by Chinese artist Li Keran, the work opened a new chapter in the use of red in Chinese landscape paintings. 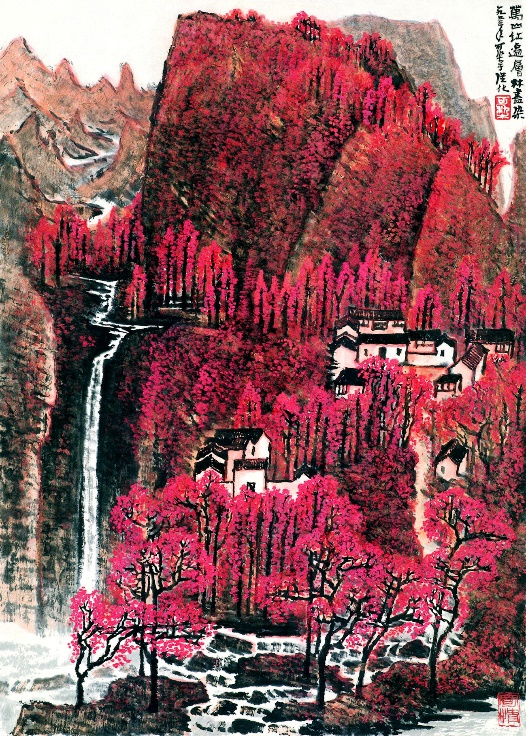 “Ten Thousand Mountains Bathed in Red,” shown in the video, is the second of seven landscape paintings – all showing different landscapes under one title – that Li Keran created between 1962 and 1964.

This body of work, inspired by a poem written by Chairman Mao Zedong, depicts an autumn scene with mountains, forests, waterfalls, streams and houses. In 1963, after visiting many scenic spots across China, the artist chose to use vermilion pigment for his masterpiece, depicting the country’s towering aspirations.

The scene depicted in the painting is a larch forest in Guangdong. In the photo, the mountain stands tall as a proud monument amid varying hues of red, while the rich purple that permeates the dense woods provides a fitting backdrop for all creatures struggling freely beneath the skies.

Meanwhile, a clear mountain stream meanders through the land, flowing and bubbling in a graceful arc around human habitation.

In traditional landscape works, the natural world was either imbued with a sense of ease and clarity or marked by an imposing grandeur and gravity. This work, however, used meticulously layered ink painting to show the volume of the mountains.

The application of moving textures then sculpted the autumnal forests like a bas-relief. Moreover, the painter reproduced the poetic artistic world of southern China with the contrast between red and black – the irresistible red quickly imposing itself in the minds of viewers. 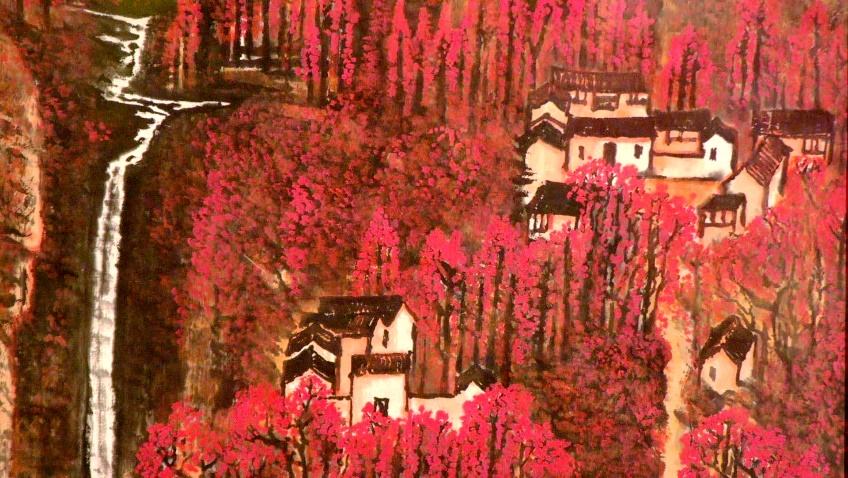 Drawing directly from the natural world was Li Keran’s ambitious goal in his attempt to renew Chinese painting. For many years, he explored a new sense of spirit and soul to underpin Chinese artistic tradition in this new era. In the 1950s, China’s traditional fine arts were on the rise, as its many practitioners attempted to adapt and improve upon these age-old techniques.

Li ranked among these pioneering artists, as he saw the painting of real-life scenes as a gateway to the transformation of Chinese fine art. He believed that the artist should venture deep into the natural world and merge his character with that of his time.

The master painter once wrote, “I follow no traditional formula, but I am true to tradition.” The magnificent landscapes inspire his brushstrokes and reveal to him the limits of traditional techniques.

During this period of transition, Li’s works exhibited a distinct combination of the styles of the Chinese Old Masters and other modern approaches he learned.

The fused syntax of Chinese and Western fine arts offered him an exciting path in his efforts to blaze a new trail in Chinese landscape painting.

As noted by some fine art experts, the success of “Ten Thousand Mountains Bathed in Red” lies not only in its original use of the color red, but also in its impressive formal beauty.

Equally, if not more important, it embodies spiritual depth and vastness. This is how the image seems to immerse the viewer in these towering peaks bathed in flamboyant red foliage.