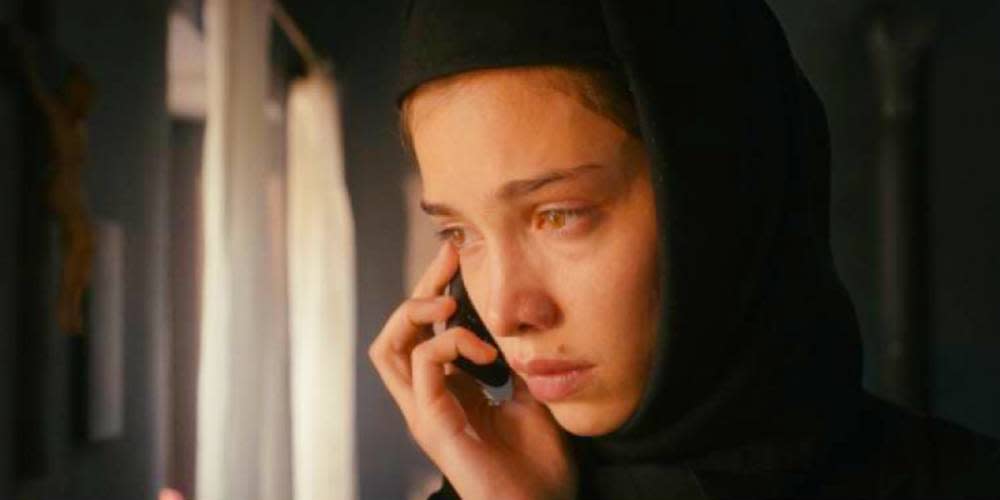 “Miracle” by Bogdan George Apetri won first prize in the Romanian Days competition at Transilvania Intl. Film Festival, which saw nine directors for the first time among the 12 filmmakers competing in the annual showcase of national cinema.

This is the first time that such a formidable number of debuts have been featured in the competition, offering a glimpse of what festival artistic director Mihai Chirilov describes as a “balanced landscape” of new and established voices in the famous Romanian film industry.

It’s been nearly two decades since Cristi Puiu’s ‘The Death of Mr. Lazarescu’ (2005) won the Un Certain Regard award at the Cannes Film Festival, kicking off what would come to be known as New Romanian wave. Two years later, Cristian Mungiu won the Palme d’Or for his abortion drama “4 Months, 3 Weeks and 2 Days”, cementing the status of the movement and effectively beating the tickets of Mungiu, Puiu and many their peers upscale. festivals like Cannes and Venice for years to come.

While these directors remain essential on the festival circuit – Mungiu’s latest, “RMN”, recently released in competition on the Croisette – a new wave of Romanian filmmakers is seeking to breathe new life into an industry whose impact and international fame,” wrote Variety‘s Owen Gleiberman, “has drastically declined” in recent years.

Those words appeared in his review of “Miracle,” which Gleiberman described as a highlight of last year’s Venice Film Festival and a film that “could revive Romanian cinema.” Another Lido premiere, “Immaculate,” marked the promising debut of directorial duo Monica Stan and George Chiper-Lillemark. The film, which won Best Director in the Venice Days side section of the festival, is a story of lost innocence depicting the trials and tribulations of a young woman in a rehabilitation clinic.

Co-director Stan is part of an emerging generation of female filmmakers that includes Ligia Ciornei, whose first film “Clouds of Chernobyl, 1986: The Lost Year” follows a young woman forced by her mother to terminate her pregnancy, and Alina Grigore, the actress-turned-director whose feature debut, “Blue Moon,” won top prize at San Sebastian last year and won the Romanian Days award for best first film in Transylvania.

A trio of female-centric tales told by female directors marks a distinct shift for Romania’s long male-dominated industry. The difference is also visible on screen, not only in the themes these filmmakers tackle – “Blue Moon” centers on a young woman whose dreams are thwarted by her bellicose and dysfunctional family – but in a cinematic approach that away from the conventions of the time. Romanian New Wave. “You see a movie like Alina Grigore’s ‘Blue Moon,’ which doesn’t fit that aesthetic at all and comes from a completely different approach,” says Chirilov. “People don’t try to copy and paste the Romanian New Wave aesthetic anymore.”

Words like ‘adventurous’ and ‘innovative’ come to the TIFF programmer’s mind when describing the new generation of Romanian filmmakers. This approach is found in a film like Victor Canache’s feature debut “The Goat with Three Kids,” which turns a traditional Romanian tale upside down “with genre-defining brutal and gory elements,” Chirilov says.

For many young filmmakers, the simple act of making films outside the bureaucratic constraints of Romania’s state-backed funding bodies encourages bold new waves of thought. “They are ready to take risks, especially with people who don’t have state money,” says Chirilov. “They take the risk of making films with their own money, in an independent style. This usually means they also take risks in storytelling. They are free to tell a story completely devoid of any ideology.

If there is one constant that seems to unite old and young generations of Romanian filmmakers, it is the acclaim they continue to win abroad: with the triumphs of San Sebastian and Venice for Grigore and the co -directors Stan and Chiper-Lillemark, respectively, there’s Alexandru Belc, who won Best Director in the Un Certain Regard side section of the Cannes Film Festival for his Communist-era drama “Metronom.” The hybrid documentary “For Me You Are Ceaușescu” by Sebastian Mihăilescu has won awards at both DocLisboa and Ji.hlava.

Other titles from this year’s Romanian Days selection also arrived in Transylvania following the previous festival’s premieres, including Anca Damian’s animated feature ‘The Island’, which bowed in Rotterdam; the selection of San Sebastián “Mikado” by Emanuel Pârvu; and the premiere of Gabriel Achim’s Tallinn Black Nights, “Snowing Darkness”. Octav Chelaru’s feature debut ‘A Higher Law’ had its world premiere in Thessaloniki, while Ötefan Constantinescu’s ‘Man and Dog’ bowed in Gothenburg.

Rounding out the competition was “Nothing About Love” by Florin Piersic, Jr., which had its world premiere in Transylvania.