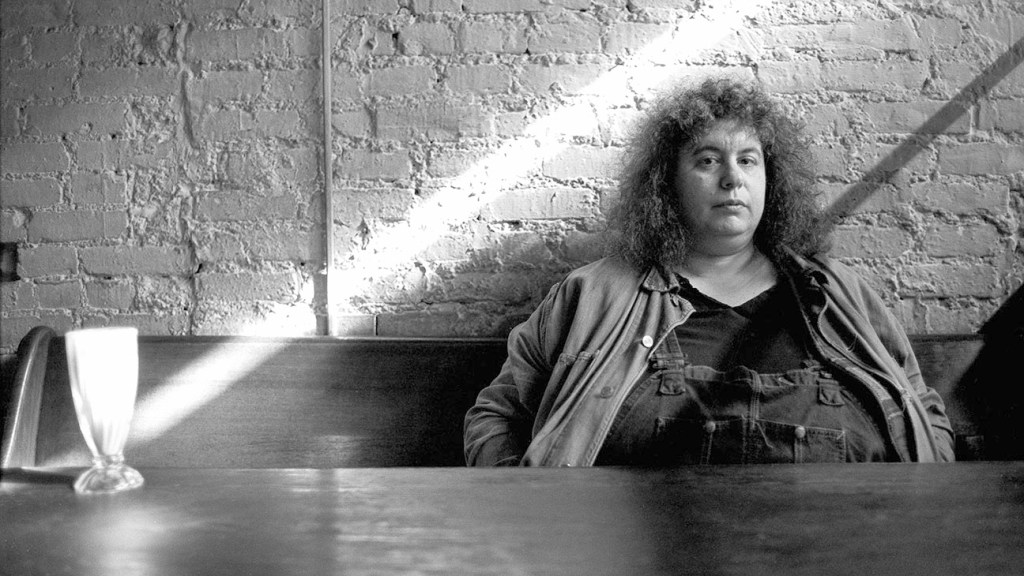 Tribeca Review ‘My Name Is Andrea’ – The Hollywood Reporter

The term “feminist icon” certainly applies to Andrea Dworkin, but like most descriptions of capsules (especially those that use the I-word), there is something limited and fixed. Pratibha Parmar, a British writer-director who works in both non-fiction film and episodic television, is breaking labels with I am Andrea, a portrait shaped by Dworkin’s experiences, some of them horrific, and fueled by his radical intellect and incisive words. As Gloria Steinem (one of the documentary’s executive producers) once said, “In every century there are a handful of writers who help the human race evolve. Andrea was one of them. Parmar traces a sympathetic profile that recognizes the complexity and division of his subject matter and argues for the continued relevance of his work.

Like many revolutionary thinkers, Dworkin was often misinterpreted, usually as a “man hater”; never mind that her 30-year-old domestic partner was a man (that he is an openly gay man is not mentioned in the film). Whether or not you agree with Dworkin’s stance on pornography – which she considered “the core ideology of male supremacy” and, along with scholar Catharine MacKinnon, sought to define as a violation of civil rights against women – her writing, in more than a dozen books and countless speeches and articles, is often captivating and always provocative, capable of changing perceptions. At its most hyperbolic, it could be alienating, but also at its most subtle, for those unreceptive to ideas of dismantling convention.

My name is Andrea

Find the Everywoman in a singular and singularly divisive intellectual.

A clip that Parmar includes of Dworkin on Phil Donahue’s show, after the publication of his 1987 book Reports, is an eloquent illustration of the hazy confusion that has frequently greeted the author’s work. The host continually tells Dworkin what she means, despite her calm objections to her reductive interpretation (“Intercourse is bad”). And then there are the comments from the public. A caller describes Dworkin as “very angry and lonely”. Another asks, with a self-satisfied mix of condescension and judgment, “What tragic thing happened in your life that made you feel this way?” But even if his concern is just a pose, there is also compassion in those words. My name is Andrea highlights pain and outrage as inseparable defining forces in Dworkin’s story.

With five actors portraying the author-activist at key moments in her brief and meaningful life (she died in 2005 at age 58), Parmar brings an eloquent sensory dimension to this story. At its center is a soul shocked and then galvanized by the cruelty that women were meant to accept, having had some of the worst first-hand experiences.

Most of the dramatized moments involve Dworkin being shut down by violent men just as she opens her heart to life in new ways: the thrill of her first solo excursion to the movies, starring Amandla Stenberg as the tween Dworkin ; her work as an organizer in the anti-war movement (here she is played by Soko); the joy and then the horror of his first marriage (Andrea Riseborough); the continued activism and heartbreak of the following years (Ashley Judd and Christine Lahti). Judd’s participation draws a clear line between Dworkin’s understanding of the pervasiveness of sexual abuse and the #MeToo movement, though his sequences, most directly focused on outright protest, are the least evocative in terms of narrative impact. . The other scenes played are tender, exuberant, overwhelming.

Dworkin’s love of language was tied to a compulsion to write “for the dispossessed, the marginalized, the tortured” from an early age. Growing up in suburban New Jersey, she gave a Hebrew school speech that denounced what she saw as an unfair distribution of wealth and called for upper-middle-class lifestyles to be far from the ideals of Judaism. Not your typical bat mitzvah girl. As a young adult, she found the courage to approach one of her idols, Allen Ginsberg, and a friendship developed. Their subsequent falling out over issues of pornography and pedophilia aren’t explored in the documentary, but Soko expresses his early joy with a heady expansion.

Parmar worries about how Dworkin has fulfilled his dreams as a writer, moving past romantic literary notions — “Words don’t flow for me” — and fighting the good fight every day. She was seen tapping on her Selectric and examining the layout of a conference room before a speech, after being the target of threats and attacks on stage by men who opposed her philosophy. The film sees her as she saw herself: a warrior for a cause, carrying on despite danger and pain.

It is not easy to listen to Dworkin’s description of what she endured at the women’s house of detention in 1965. She was 18 and had been arrested for her participation in protests at the UN, led by Martin Luther King, against the United States. bombing of Vietnam. His family doctor cried when he saw the damage inflicted on him by two doctors pretending to carry out an internal examination. And Dworkin chose not to keep quiet about it. It’s unclear whether his grand jury testimony resulted in punishment for the prison doctors, but it certainly contributed to the eventual closure of the Manhattan jail.

One of the powerful themes running through Parmar’s film is Dworkin’s understanding that not all stories of abuse can be told so clearly, let alone heard. And so Andrea de Stenberg struggles to explain to her mother how she was raped by a stranger in a dark theater while on screen John Wayne dragged Maureen O’Hara up a hill and across a field in The quiet man (good old “romance” about the war of the sexes). “A nightmare doesn’t unfold in a linear fashion,” observed Dworkin – a piercing truth that still doesn’t seem to be understood when women talk about domestic violence. “I was hurt beyond words for,” she wrote of what she endured. And yet words were his medium, his weapon, his light—on the page and in the thunderous urgency of his speeches.

In his attention to racism and caste in the United States, Dworkin was visionary and forward-thinking; intersectionality was not yet part of the mainstream social justice conversation. James Baldwin, Huey Newton and the anti-colonialist philosopher Franz Fanon inspired her as much as Kate Millett. The inclusion of an interview with Georgia Bea Jackson, mother of Brother Soledad author George Jackson (killed in prison at 29) is a searing rebuke to concerns about “American violence”, aka underclass and crime, a situation as applicable today as it was 50 years ago – just replace any number of global hotspots with “Vietnam” in its first question: “As many people as they murdered in Vietnam in the last 10 years and they’re going to talk about violence?” Jackson said of American political leaders. “So many black people getting killed every day in this country, and no one knows or cares, and then you talk to me about violence?”

In one of the radio interviews from the documentary, Dworkin envisions a genderless society. She would likely be encouraged by the recent rise in visibility and trans rights. Given that she was one of the people who fought to expand the notion of “humanity” to recognize that women are no less human than men, I wonder, however, what she would think of how the term “woman” is erased from institutional language about health care, childbirth and abortion rights. Never afraid to go against the grain, she reset the discourse on sexual politics and women’s liberation. Perhaps that is why a sex-positive feminist like Susie Bright harbored “such tragic affection for her” even though she was among those condemned by Dworkin, who made no exception for the work of the self-proclaimed feminist pornographers in her view of pornography as a form of human trafficking.

With their quiet ferocity and recognizable hardship, the dramatic vignettes of My name is Andrea find the Everywoman in a singular figure, and the film as a whole connects Dworkin’s concerns with class, race, and gender to the present moment. Dworkin was militant, vulnerable and visionary and, for reasons Parmar’s film clarifies, particularly sensitive to brutality and the social structures that sustain and enable it. You might not like all of her conclusions, but she asked the right questions: “Are we participating in this violence that we hate all around us, or are we trying to live differently and do different work?”