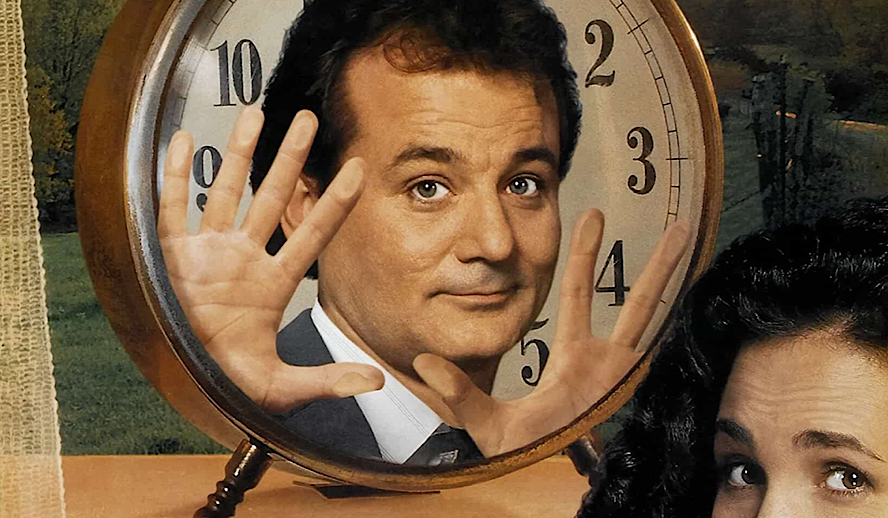 Trope Review: A Look At The Best Movies That Use The Groundhog Day Structure

There are a ton of cinematic tropes that can be found in the writings of a script. From the classics of forbidden love of the enemy to the character trope of a young lady in distress. This article focuses on the structure of a trope for telling a story. First invented with the film “Groundhog Day”, the trope structures the entire film. For the main protagonist, a day repeats itself over and over again until a “curse” is broken. With only the main character experiencing it, there is a Classes that they must learn to resume a normal life.

This list of films explores the trope and tweaks it to give audiences something new knowing the style works.

For starters, we have to go back to the original movie that made this trope popular. In 1993 ‘groundhog day‘came out with Billy Murray and Andie MacDowell. Murray plays Phil a narcissistic meteorologist who is sent to film a report on Groundhog Day but finds himself in a constant loop of that same day. This romantic comedy sets the stage for a structural overhaul of romantic comedies in general. Phil realizing the unexplained quirk of repeated days but testing the limits of what the days could bring. This movie does a great job of mixing something that might be considered boring with some comedic moments. A favorite detail of the movie is when Phil decides to learn piano so he goes to the same teacher’s house every day, but towards the end of the movie it looks like he kept this secret hidden from everyone.

“Groundhog Day” created success for the rest of the list and without it they wouldn’t have been possible.

“Groundhog Day” can be rented via Amazon prime.

The most recent use and in my opinion one of the best uses for the trope was the 2020s’Palm springs‘. This romantic comedy centers around a wedding day that is repeated over and over again for not one, but two main characters. The first being Nyles played by Andy Samberg who is the veteran of the repeated day experience and then the bridesmaid Sarah played by Cristin Millioti is also accidentally sucked into it. This comedy pushes the boundaries of the trope through science trying to get out of it. Rather than taking the more figurative approach to self-learning (which of course happens anyway), there is more of a struggle to try to break the sequence of events.

Why I think this is a more successful use of the trope because it has a mix of the real intriguing plot and the different layers of what a wedding day means to someone. Seeing the happiest day in someone’s life repeat over and over again, but also not go as planned on some nights, is refreshing and exciting. Samberg and Millioti have such a natural chemistry between them, which makes audiences more attached to both. It’s definitely an underrated 2020 movie that deserves the highest praise for a revamped structure.

‘Palm Springs’ is available to stream on Hulu.

This two-for-one choice is an obvious choice due to their genre… horror. Hollywood is known for pumping the same types of themes over and over again, but putting little twists here and there to make it feel new. The ‘Happy day of the deadThe films are a new take on the “Groundhog Day” trope. Tree, played by Jessica rothe, relives the day she was murdered. It’s the complete opposite of taking ‘Palm Springs’, but Tree must find out who the killer is and the reason for the murder so that she has a chance to come out of the cycle alive. The following ‘Happy death day 2‘focuses on Tree again as she finds out that she is in a parallel universe where everyone seems to be a different version of themselves. She must again flee from the killer and die multiple times to find out who is playing with time.

Using this trope in the horror genre is an exciting new take and a great opportunity to play with death. As the ‘Final destination serial death finds a way and with the repeated time loop, it always does. While the second installment of the franchise doesn’t follow the rules as much as the first, it still provides the thrilling feeling of entrapment for the lead role and the mystery of how to get out of that cycle.

‘Happy Death Day’ can be rented on Amazon prime.

‘Happy Death Day 2’ can also be rented on Amazon prime.

Getting back to the ever-popular romantic comedies, ‘50 first dateshas an impeccable interpretation of the trope. With the legendary Adam sandler and Drew barrymore, this film is one of the most popular of their many films. While this movie isn’t the exact structure of “Groundhog Day,” it is for Barrymore’s character, Lucy. She has no short-term memory and never remembers the day before. When Sandler’s character Henry meets her, he is a talented player known to seduce women, but who finds his game the most difficult with Lucy. He has to try day after day to make her fall in love with him even though she never remembers who he is the next time she sees him.

The internal use of structure that is limited to one character is unique to the trope, but still makes it effective and belongs to the category. A lively comedy that people can’t help but watch on repeat.

’50 First Dates’ can be rented on Amazon prime.