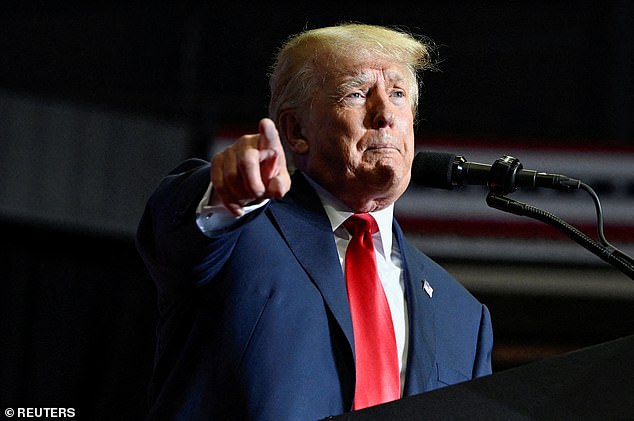 Former President Trump has called New York Times reporter Maggie Haberman a ‘lead case’ and a ‘self-proclaimed creep’ as her new book details Trump’s efforts to obtain his phone records to find out who was leaking information to his topic.

“Trump, angry at my published stories, would yell that he wanted administration officials to get my phone records and identify my sources,” Haberman writes in his upcoming book, Confidence Man, due out Tuesday.

“It doesn’t seem like anyone has ever acted on it.”

New details and headline-grabbing anecdotes from the book have been leaked over the past week as the release of the Trump Tell-All nears.

“She tells many made-up stories in it, without any fact-checking or confirmation by anyone who would know, like me. In one instance, she lied about me wanting to fire my daughter, Ivanka, and Jared. FALSE, pure fiction. It never even crossed my mind. I just have to fight to do creeps like Maggie, and all! »

But Trump gave Haberman three interviews during his reporting for the book. 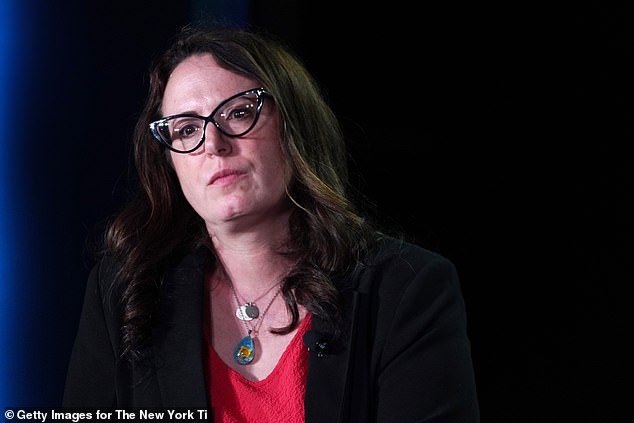 “Trump, angry at my published stories, would yell that he wanted administration officials to get my phone records and identify my sources,” Haberman writes in his upcoming book, Confidence Man, due out Tuesday.

‘I love being with her; she’s like my psychiatrist,’ Trump told Haberman’s aides, after spending much of his time with her complaining about his political rivals – mostly fellow Republicans who he said weren’t aligned enough .

The former president is known to be obsessed with Haberman’s coverage of him, much like he is with much of the media he claims to hate.

“He had an almost reflexive desire to meet almost every author writing a book about him,” Haberman pointed out in his book.

Trump called her “Maggot” Haberman, tweeting in 2018: “Maggie Haberman, a Hillary lackey, knows nothing about me and has no access to me.”

In her new book, the New York Times reporter wrote that Trump nearly had his daughter Ivanka and son-in-law Jared Kushner expelled from the White House, repeatedly pressuring then-chief of staff Mike Kelly. to send the couple away.

“At one point Trump was about to tweet that his daughter and son-in-law were leaving the White House,” Haberman claims.

“Kelly stopped him, saying Trump needed to talk to them directly before he did. Trump agreed, then never continued the conversation.

During his meetings with Haberman Trump apparently said of Senate Minority Leader Mitch McConnell, “The Old Crow is a piece of shit.”

During their third meeting, which took place at Trump’s golf course in Bedminster, Haberman asked him about comparisons to former 2016 rival Chris Christie. The former New Jersey governor became an ally of Trump before breaking up with him again after the Capitol riot.

“I was compared to him?” Why? I didn’t know I had such a big weight problem,’ Trump reportedly replied.