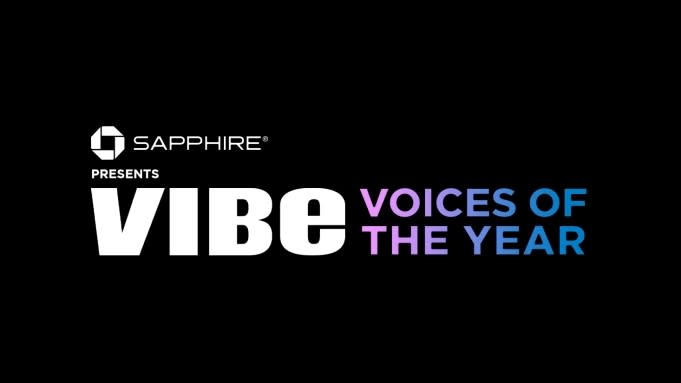 Banking conglomerate Chase Sapphire, legacy media brand VIBE and women’s content publisher SHE Media shine the well-deserved spotlight on the many achievements of black women who are game-changing, thriving and making it happen by partnering up to honor five “Voices of the Year” (VOTY). The editorial project is launched on June 16 with the announcement of the collaboration. VOTY is a long-standing initiative by SHE Media that celebrates culture-changing creators and the incredible work they’ve done in their respective fields. This year’s VIBE and SHE Media Voice of the Year winners were chosen by an esteemed panel of judges led by VIBE Editor-in-Chief Dawon Thomas and comprised of SHE Media and VIBE editors. The three-month celebration will honor and amplify these powerful voices across a range of industries with special-edition digital covers to be released over the coming weeks.

Dawton Thomas is editor-in-chief of VIBE magazine and vice president of cultural media for P-MRC. Thomas has served as Founder and Editorial Director of men’s lifestyle guide, KING Magazine; the favorite of urban car enthusiasts, RIDES Magazine; and was the editor of hip-hop street authority, XXL Magazine. Additionally, he also served as Founder/Editorial Director of XXL Presents Hip-Hop Soul, a publication dedicated to documenting the successful hybrid genre of R&B and Hip-Hop. Thomas is also a consulting producer for the American Music Awards and Billboard Music Awards.

Christine Imarénezor is the Managing Editor of VIBE, where she oversees the website’s daily editorial content and manages its dynamic team of editors, journalists and writers. Prior to joining the team, Imarenezor began her career in digital journalism as a contributing editor at ConcreteLoop.com. She was also an early adopter of social media marketing while managing social media accounts for various artists within Bad Boy Entertainment/Warner Music Group’s new media department. Imarenezor is a Northwestern University alumnus and former high school band nerd, who loves gospel, R&B, and likes to day hike.

Eugenia Miranda Richman is the Managing Editor of SheKnows.com, SHE Media’s flagship site and premier parenting destination. As an editorial strategist and award-winning journalist, Richman led the evolution of SheKnows from a lifestyle publication to a site that serves moms holistically with the latest food, celebrity, health and lifestyle news. parenting, plus shopping stories, trials, and features on all the issues that matter to them. As an Argentinian-Nicaraguan editor with over 15 years of experience in publishing and digital media, Richman not only brings new content offerings to SheKnows, but diverse perspectives and voices.

Jiji Ugboma is the founder of Clever-ish Magazine and a former VOTY winner herself. In her role as Senior Manager of Publisher Engagement at SHE Media, she provides editorial and audience growth strategies for SHE Media Collective’s partner publications. Ugboma is a writer who believes in the power of content to fuel valuable conversations that spark change. Her work champions the discourse of self-actualization and mental health for young adults and has been featured in publications including CNBC, Variety, BlogHer, Bustle, Eater and her own website Clever-ish Magazine. In her spare time, she writes about the Nigerian food scene in New York.

Diarrha N’Diaye-Mbaye is the founder of Ami Cole, a clean beauty brand for people with melanin-rich skin. She is a trailblazer in the beauty and business categories. N’Diaye-Mbaye worked at major beauty publications and brands before starting her own business to redefine the way people view black beauty.

Shavone Charles is a true renaissance woman who is a classically trained musician, author, tech change agent and current DEI lead at TikTok. She supports black women in music and amplifies the stories of creators of color through Magic In Her Melanin, her own creative collective and in-house agency that serves as a key platform for all creative direction surrounding her art and music.

Adrian Smith is an athlete who has won two gold medals and two women’s soccer national championships with tackle. As an entrepreneur, Smith is the co-founder of Harlem Hip-Hop Tours, the founder of Gridiron Queendom and the creator of Blitz Champz.

More honorees will be announced in the coming weeks, so stay tuned to see which trailblazers we’ll be honoring next.