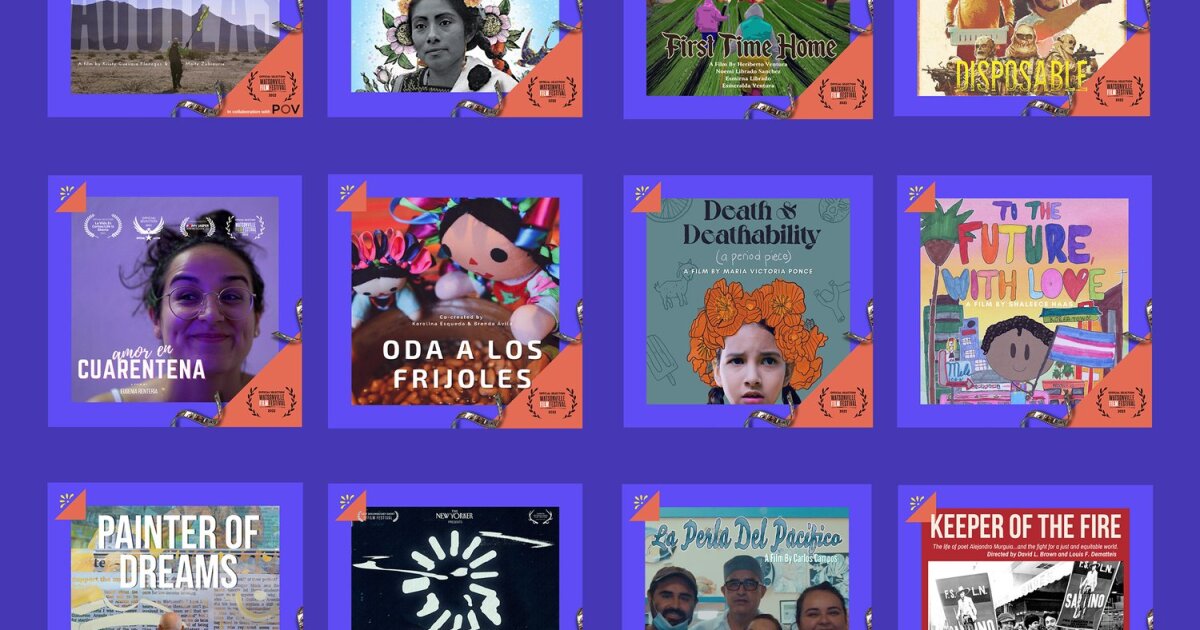 The Watsonville Film Festival (WFF) will come full circle as it celebrates its 10th anniversary with a special in-person event at the Mello Center for the Performing Arts, where it all began in 2012. The Festival will also feature a program of virtual films exceptional free of charge, from March 11 to 20. The Cine Se Puede Fellowship 2022, which provides support and mentorship to local emerging filmmakers, will also be a featured activity at the festival.

“We are thrilled and proud to celebrate a decade of storytelling and art from the Latinx community in front of and behind the camera. This year, we bring you an incredibly powerful selection of films, most of them directed by women. We will also honor Josefina Lopez, a trailblazing Latina and Los Angeles-based playwright and screenwriter.

Under the theme 10 years of cultivating community through film, the WFF will present a virtual program featuring more than 30 award-winning, local and student films from March 11-20 via its streaming channel at watsonvillefilmfest.org.

The Festival is collaborating for the first time with POV, the award-winning independent non-fiction film series on PBS, presenting seven documentary films, including fruits of labor, a documentary by director Emily Cohen Ibañez about the life, dreams and challenges of a teenage girl and her family in Watsonville.

Read on to find out more about the extensive list of amazing short films shown at this year’s festival.

Along the scorching Arizona desert frontier, it is estimated that only one in five missing migrants are found. Águilas is the story of a group of researchers, the Águilas del Desierto. In these hostile and treacherous lands, every bone has a story. Presented in conjunction with POV, PBS’ award-winning non-fiction film series.

In a country where indigenous people are increasingly displaced, their lands stolen, students disappear without a trace after police arrests and journalists are murdered at an alarming rate, a brave new voice is emerging. Lupita, a survivor of the Tzotzil Maya massacre, is at the forefront of a new indigenous women’s movement.

During the pandemic, Emi feels stuck in a box, and out of boredom or desperation, she starts looking for love…virtually. What can go wrong?

After fleeing a civil war in Mexico, two undocumented workers find work during a global pandemic in the United States, only to find they’ve been lured into a frightening situation.

Death and Deathability (A period piece)

Mystified by the unexpected arrival of her first period, Ceci (Blanca Ordaz) concludes that she must be dying. She prepares a bucket list to accomplish on her last day, including her first real kiss and her own funeral, because death should be an art.

Within the walls of a Tijuana call center, a sense of being in limbo permeates. Homesickness floods the phone line as expelled US call center staff engage in conversations across the US-Mexico border.

Separated by years of immigration policy, a young girl dreams of meeting her grandmother for the first time. With binational cooperation from governments on both sides of the US-Mexico border, her grandmother embarks on a once-in-a-lifetime journey to find her undocumented loved ones.

When they learn that their grandfather is ill, four cousins ​​travel for the first time from their native immigrant community Triqui in California to their ancestral village in Mexico. The teenagers record videos to share with their family members, who are farm workers in the United States. Through a mix of Spanish, Triqui and English, they get to know their grandparents, aunts and uncles. The group of cousins ​​forges a bond over thousands of miles, with a newfound pride in their indigenous identity.

Guardian of the Fire: Alejandro Murguía

Following the life and work of San Francisco activist, author and poet laureate Alejandro Murguia, Keeper of the fire explores the roles this outspoken poet played in the fight for a more just and equitable world.

The Pearl of the Pacifico

Gambino and Anna decided to start a restaurant that would support their family; little was known about the impact this would have on the small rural community of Watsonville.

A literary and visual interpretation of beans, Oda a los Frijoles fuses a cooking recipe with archival footage of immigrants and field workers, creating a parallel between tradition and immigration.

A short documentary about artist Guillermo “Yermo” Aranda and his efforts to repaint his iconic “Dreams” mural at Watsonville High School after it was covered. Named Artist of the Year 2022 in Santa Cruz, Aranda creates his murals through an inclusive community process of mentoring young children and adults who want to learn and help with painting. Aranda’s murals act as a mirror and a vibrant visual archive of collective dreams and memories, reminding us of where we are and where we have been.

Towards the future with love

Hunter “Pixel” Jiménez is a non-binary teenager caught between the expectations of his Guatemalan immigrant family and his dreams of living happily ever after with his long-distance boyfriend.

A man with a troubled past finds redemption by building his own bakery in East Bay.

Join the quest with 25 intrepid history students – mostly Mexican Americans – who travel 2,000 miles from the Alamo in Texas to a museum in Springfield, Illinois. Their mission? Ask to repatriate General Santa Anna’s prosthetic leg to Mexico and honor Abraham Lincoln with a Day of the Dead altar. With humour, humility and animation, the film raises questions of identity, borders, museum ethics and collective memory.

In addition to various short films by local students

Samuel L Jackson hits out at Joe Rogan for his use of the N-word: ‘That’s not the context, man’