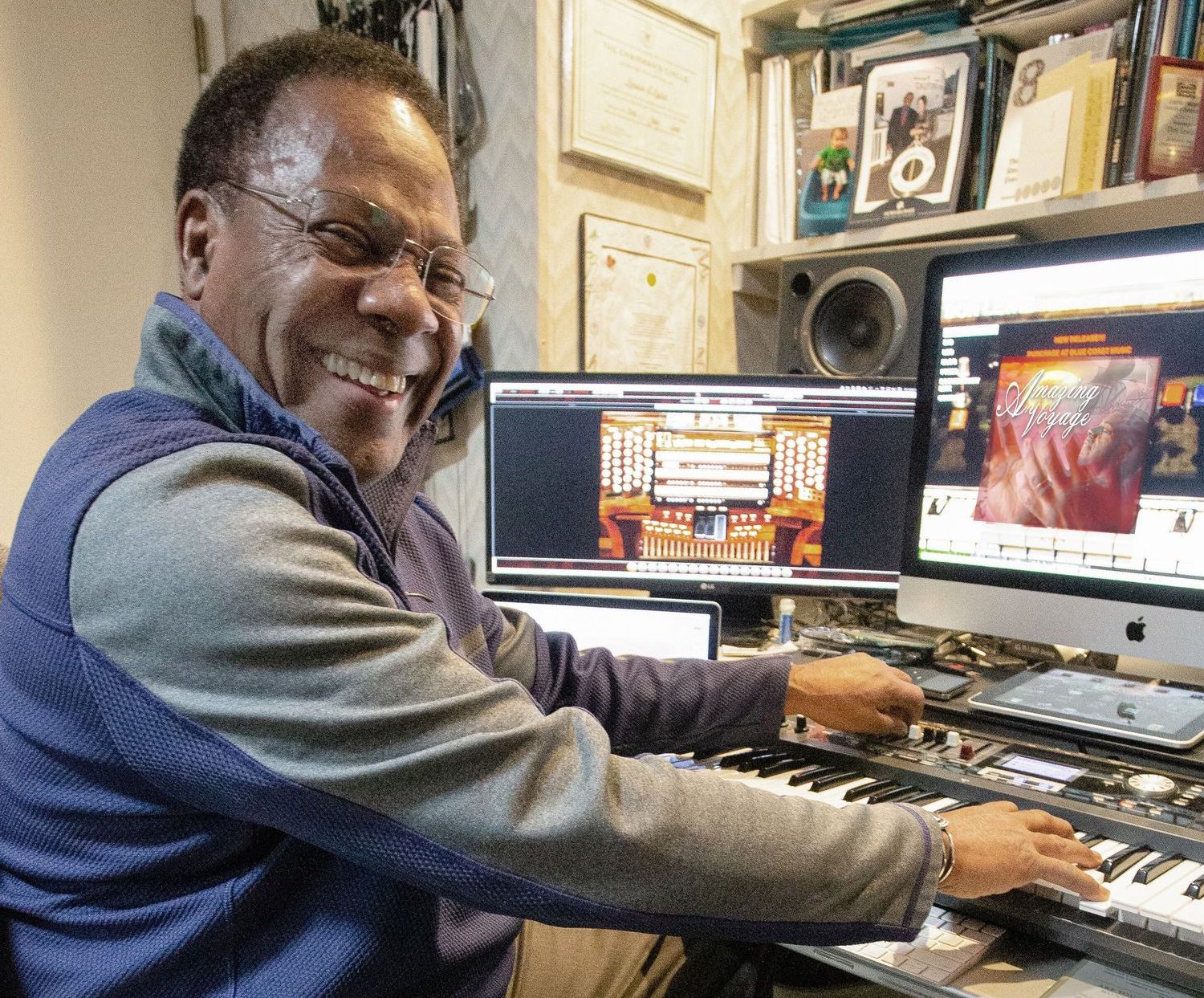 The Pleasanton community – and the music world at large – mourns the loss of performer, composer and synthesizer pioneer Don Lewis, who died surrounded by his family following a brief illness on Sunday. He was 81 years old.

I have had the good fortune to meet Lewis and his wife Julie on several occasions, all in professional contexts, including when he received the Weekly’s Tri-Valley Hero Arts and Culture Award in 2016. I also heard him briefly playing the piano on several occasions, as a guest at Rotary Club of Pleasanton luncheons.

Lewis’ passion and creativity shone through every time I heard him perform or read him reflecting on his career at various points in the weekly over the years. Even now, as I write this obituary, I am uplifted listening to Lewis’ 2019 album “Amazing Voyage” and perusing our archive articles, each presenting image after image with their beaming smile.

He’s the Don Lewis that so many people in Pleasanton knew.

But as much as he is remembered for his impact on his hometown over four decades, Lewis’s story is also etched in musical history, and thus representative of modern American history.

Raised in Ohio in the 1940s and 1950s, Lewis told The Weekly he was first drawn to music as a youngster watching the organ player in church.

His life journey took him to the Tuskegee Institute (and its famous Tuskegee Choir), then to the US Air Force in 1961 for a four-year tour as a weapons specialist in Roswell, NM.

After his military service, he first found music professionally in Denver, then moving to Los Angeles and later the Bay Area. In the 1970s, he toured with the Beach Boys, performed with symphony orchestras and in nightclubs, and worked in the studio with Quincy Jones and Michael Jackson.

During this time he also became attracted to the synthesizer and the idea of ​​developing a way to streamline this instrumental process.

“(The invention) grew out of the need to carry all these individual instruments that I couldn’t have full access to play all the time,” Lewis told us in 2016.

Lewis spent from 1974 to 1977 working on his Live Electronic Orchestra (LEO), a synthesizer system that became the inspiration for the Musical Instrument Digital Interface (MIDI) in the 1980s.

He often played LEO in San Francisco, but in the early 1980s, as his popularity grew, he found himself the target of an unexpected enemy – Musicians Union Local 6, who considered the technology pioneer of Lewis’ synthesizer threatened to fire individual instrumentalists. of work. They picketed his performances at the time, forcing Lewis to retire from live shows for a time.

This story is just one of many amazing anecdotes examined in producer Ned Augustenborg’s documentary “The Ballad of Don Lewis: The Untold Story of a Synthesizer Pioneer”. The film was completed and posted online two years ago and is set to make its national debut on PBS in February.

The documentary shares so much about Lewis and his story, which includes years of locally mentoring students in our area through his “Young Expressions” program and “Say YES to Music!” assembly performance.

But if you really want to feel its musical impact, stream “Amazing Voyage,” which is made up of synthesized versions of seven songs with deep meanings in African American history and Lewis’ own life.

“The songs are sequenced from those sung by black slaves of the Old South to tunes of reform, rehabilitation and reconciliation that our country and the world need right now,” Lewis told the Weekly on the release. from the album.

“The last song (“We’ll Understand It Better By and By”) lets us know that someday we’ll understand later when we understand why and what was done and what’s happening today and how we can change.”

Editor’s note: Jeremy Walsh is the editorial director of the Embarcadero Media East Bay division. His “What a Week” column is published on the second and fourth Fridays of the month.