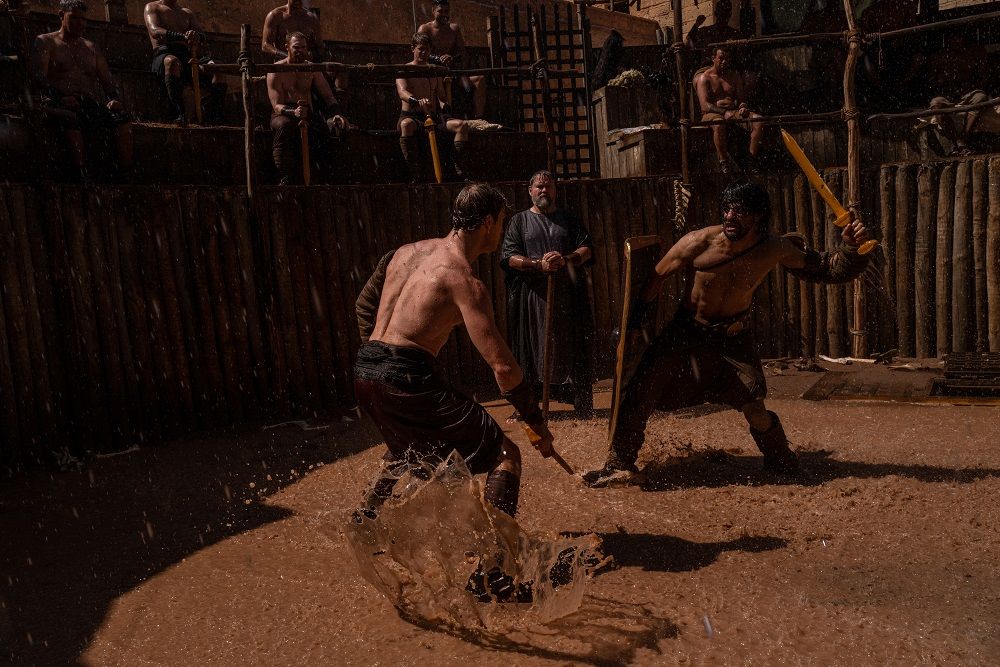 What History Wants You to Know About His ‘Colosseum’ Documentary Series

History Channel will explore the history of the Roman Empire through one of its most iconic centerpieces, the Colosseum.

Through expert interviews and live re-enactments, the eight parts Coliseum The documentary series, which debuts July 17, seeks to capture the rise and fall of the Roman Empire through one of the most brutal arenas in human history, according to the network. Each episode focuses on a key character from the Colosseum and the Roman Empire as the series chronologically examines the arena’s opening day through its very last matches, History said.

“It’s a very fresh, very lively series that brings the ancient world to life in a very modern way,” said Mary Donahue, Senior Vice President of Development and Programming for the History Channel.

In an edition Multichannel news interview with Donahue, here’s what she and History want you to know Coliseum documentary series.

Coliseum mixes expert analysis with real action scenes: “Like all of our premium mega-docs, Coliseum is a mix of interviews with experts who know this content with stunning recreations that bring the characters to life. We also feature archival material – statues, maps and landscape photos of Rome – to help tell the stories. I think it’s a really unique approach to seeing the rise and fall of Rome through the Colosseum, and a very inventive and unique way to approach what might seem tried and true.

The series reveals little-known facts about the Roman Empire: “What we do is use the Colosseum from its conception until almost the end of its use to tell the story of the rise and fall of the Roman Empire. Each episode introduces a different character involved in the Colosseum, including the man who was really instrumental in building the Colosseum, as well as female fighters who fought in the Colosseum, which I didn’t know. There’s a lot of depth to the characters in the show – way more than the movie Gladiator. In the series, we learn how they trained and what they ate. They were called the Barley Men because they ate a diet of barley, which gave them a layer of fat so that if they were stabbed with a sword, they had a better chance of living. Also, not all gladiators fought to the death. We find out what armor they wore that supported each Gladiator, as well as who went to the Colosseum and where they sat.

The series seeks to tap into viewers’ ongoing fascination around the Roman Empire: “The vast expanse of Rome, the countries it conquered, and the heroes who were part of the empire are endlessly fascinating. The characters in it are larger than life, whether you’re talking about Julius Caesar before our series, or you’re talking about the many people we looked at in our series like [Roman Emperors] Marcus Aurelius and Commodus. Then there is the Colosseum, which is such an iconic building and so many Americans have traveled to Rome to see it. It just becomes a really interesting and easy way to tell the story of the rise and fall of the Roman Empire.

Summer books to add to your pile