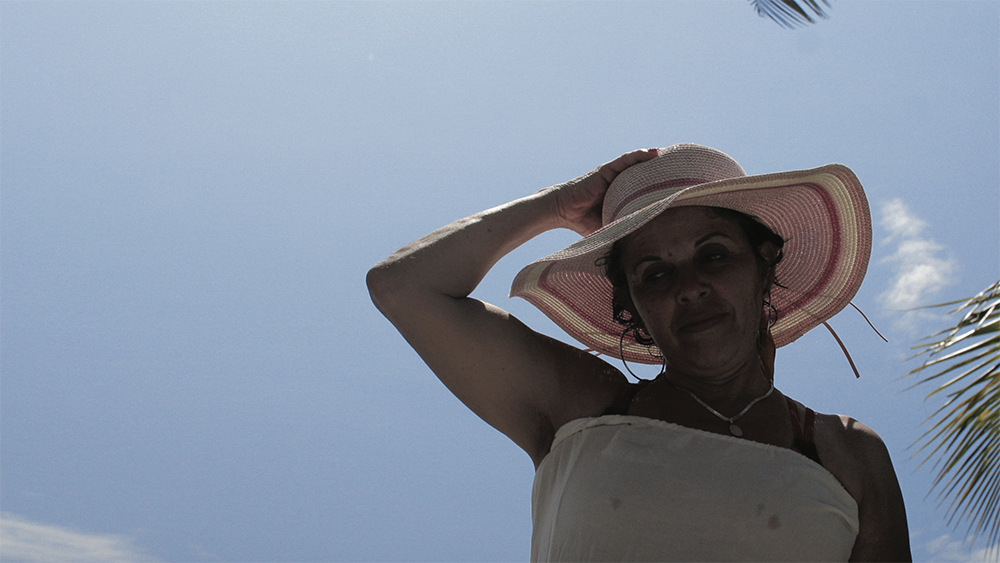 Where is film production in Central America and the Caribbean? Panama Film Match has some answers

The creation of a co-production forum has been a long-standing goal of IFF Panama, Central America’s most publicized film event. The PFM is a sibling event of IFF Panama’s pix-in-post sidebar Primera Mirada, which is already showing synergies.

One of the projects that received a special mention in last year’s edition of the PFM, Ariel Escalante’s Costa Rican supernatural drama “Domingo and the Fog” returns this year as one of five films competing in Primera Mirada.

The forum is supported by the IDB Lab, the innovation lab of the Inter-American Development Bank Group.

“Panama Film Match wants to be a meeting place for artistic, economic and creative cooperation between the countries of this particular region of the world, whose nascent cinematography needs the support and the commitment of an already consolidated entity, like IFF Panama, ”said Pituka Ortega Heilbron, director of the IFF Panama Foundation.

She adds: “Festivals, programmers and the public are each year more receptive and attentive to new artistic proposals from our filmmakers. The idea of ​​the Forum is to unite and unite the region’s film industry to ensure that our filmmakers have the necessary tools to finance, produce, sell and distribute their films.

The PFM offers networking opportunities, pitching sessions, mentoring advice, meetings with international producers, distributors and programmers – as well as a co-production prize of $ 10,000 for the winning project. The projects will be evaluated by a three-person jury made up of Colombian director Cristina Gallego (“The Snake’s Embrace”), Guatemalan director Jayro Bustamante (“Ixcanul”) and American screenwriter Jonathan Keasey (TV series “Give Me Shelter”). »), Chief creative officer of Mind Riot Entertainment.

Blanca Granados, advisor to the IFF Panama Film Match co-production forum, explains that this year the selection process has been even more difficult, with a 25% growth in applications compared to 2020, adding “The countries we did not have received projects also participated this year, such as Trinidad and Tobago and El Salvador.

She adds: “It was a difficult process to select only 10 projects, so in the end we invited an additional project out of competition, so that the project could benefit from workshops and meetings with experts. This is an indication that in the years to come we will see an increase in the supply of films from Central America and the Caribbean. “

Thus, “Broken”, from El Salvador, will be presented out of competition. In total, there are six fiction film projects, three feature documentaries and two hybrid projects. A little recap:

The beach house (Costa Rica). Kim Elizondo Navarro’s first feature film, produced by Gabriela Fonseca Villalobos (“The awakening of the ants”). Vilma, 49, made her dream of living in a big beach house, visited by her wealthy lover only once a year, came true. After her sudden disappearance without explanation, she must find a way to make a living.

The star (Cuba). Hybrid feature film by Alejandro Alonso Estrella, whose first feature documentary in 2017, “The Project” won the Fipresci Prize at the DOK Leipzig. Pitufo and Pa, two friends from a shipyard in western Cuba, set off in a small boat in search of a new life, full of hope and danger.

The Invisibles (Guatemala). Hybrid feature film by young Guatemalan director Andrés Rodríguez. After the death of his father, Alejandro returns to his hometown, where he is rejected by the local community. He finds out that his mother suffers from the same disease that killed his father.

Nameless (Dominican Republic). First feature film by Valeria Bolivar. Schizophrenic mother Marcela loses her son because of his condition. She falls in love with Joaquín, who fled Venezuela, leaving his son behind. Together, they begin to start a non-traditional family.

Menarche (Panama). The first feature film by Panamanian writer-director Jairo Ramos, associate producer on “Panama Radio”: a coming-of-age tale about Edna who lives in a remote rural village in Panama and must face her true identity.

Moa (Cuba). First feature film by established Cuban documentary maker Marcel Beltrán (“Music of the Spheres”). Khatia suffers from solastalgia, a form of suffering caused by environmental change, mainly due to the toxic fumes that pollute the landscape of the mining town of Moa. She tries to find her inner strength as her aspirations, relationship, and sense of belonging begin to fade.

Norma (Panama). Cat Caballero’s first feature film. Norma and her husband Hugo, in a wheelchair, are about to be evicted from the apartment where they have been living since their marriage. An unexpected meeting with one of Hugo’s old friends turns their lives upside down.

A wardrobe, an island (Cuba). Feature documentary by Jeannine Diego Medina. Through their clothes, their mirrors and the challenge of Cuban dress codes, five women attempt to make their own unconventional history, revealing a hidden and unexplored Cuba.

Guest project: Broken (El Salvador). Documentary by Stefany María Escobar Calles. Stefany’s journey of survival and reconciliation, victim of child abuse. Through poetic language, the film recounts the encounter between the woman and the abused child.

It’s all about cocktails

The Ministry of Culture launches a competition for filmmakers