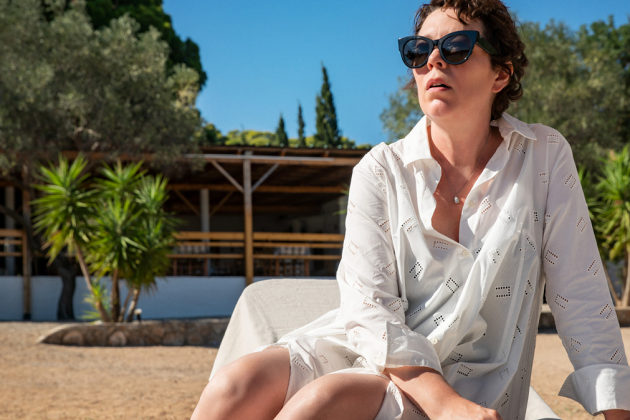 The Whistler Film Festival is back with a hybrid offering that includes online and indoor screenings, as well as various talent programs, masterclasses, workshops and its Content Summit. The festival kicks off opening night with the Canadian premiere of “The Lost Daughter” by Maggie Gyllenhaal, starring Olivia Colman, Ed Harris and Dakota Johnson.

This year, the festival received more than 1,550 entries from all over the world.

From December 1 to 31, national audiences online will be able to enjoy 31 feature films and 35 short films. The WFF will share the net proceeds of its online offerings on a 50/50 basis directly with Canadian filmmakers or rights holders.

Special presentations include “The Card Counter” by Paul Schrader, about an alien in search of redemption, with Oscar Isaac and Tiffany Haddish, as well as Paolo Sorrentino’s coming of age story “The Hand of God”, who won the grand jury prize at this Venice Film Festival of the year. Jane Campion is also back with her first film in 12 years, “The Power of the Dog”, a western starring Benedict Cumberbatch, Jesse Plemons and Kirsten Dunst.

What is particularly noteworthy is that this year’s documentary film submissions have tripled, allowing the festival to schedule unusual footage, including the world premiere of Rebecca Campbell’s “The Secret Society,” a film that examines the laws. that restrict women’s rights to purchase third-party products. eggs for breeding purposes; “A Wicked Eden” by Naddine Madell, a talk about the world of online female domination; co-directors Morris Chapdelaine and Bob Christie’s “Pat Rocco Dared”, a loving tribute to Los Angeles-based gay film pioneer Pat Rocco, who was responsible for the first commercial public screenings of gay films; and Robin Hauser’s “$ AVVY,” an eye-opening urge for women to develop their own financial independence.

Even though the festival tried to recreate the Whistler experience with its online proxy last year, that doesn’t replace the experience of attending in-person Q&A, panels and screenings.

“The vibe of a ski resort at the start of the snow season, combined with the celebration of a comeback to the movies, should create that special magical chemistry and excitement that the Canadian festival circuit yearns for,” said said the festival’s longtime programmer. Paul Gratton. “With 50% of our feature films this year having been directed by women – long sought after, but never achieved before – we believe a lot of the excitement this year will be focused on female creators. That’s why we thought Maggie Gyllenhaal’s “The Lost Daughter” sets the perfect tone to kick off the festival: a spirited debut feature with a true independent spirit who isn’t afraid to take risks in its storytelling.

The power of this hybrid format, however, means that films will be more accessible than ever to audiences, wherever they are.

The festival was particularly committed to making all 15 films from the Borsos competition available online.

“This is the core of our programming mission, and we believe it is important to share our best Canadian feature films online and with a Canadian national audience,” Gratton said. “So it was essential to secure those rights, just in case we had to cancel theatrical screenings on short notice, as was the case last year.”

Hosting online screenings means having to deal with piracy issues, internal policies, concerns about release windows, and other issues.

The festival conducted a study which confirmed that while audiences appreciated the ease of access to programming online, they felt that not being able to be in a room together and forge organic connections was a barrier to opportunities. networking and sales.

“Much more time for casual and simple conversations with other filmmakers and the industry is included in our 2021 event,” said festival executive director Angela Heck. “There are benefits both online and in person and we’ve really broadened our horizons to be as welcoming as possible in both spaces. “

Heck believes the festival is in a good position to enjoy the best of both worlds.

“We are an agile and intimate festival with a super energetic and knowledgeable team behind,” says Heck. “Our spirit of adventure carries us through. There is always the view of the mountains out the window to remind you that there are a lot of different challenges out there. A hybrid festival is just a small
in comparison.”

The festival will close with the North American premiere of Andreas Schmied’s biopic “Chasing the Line”, which chronicles 1976 Olympic gold medalist Franz Klammer.

“It’s a particularly inspiring year,” says Heck. “I am especially excited by the energy, the truth and the creativity. “