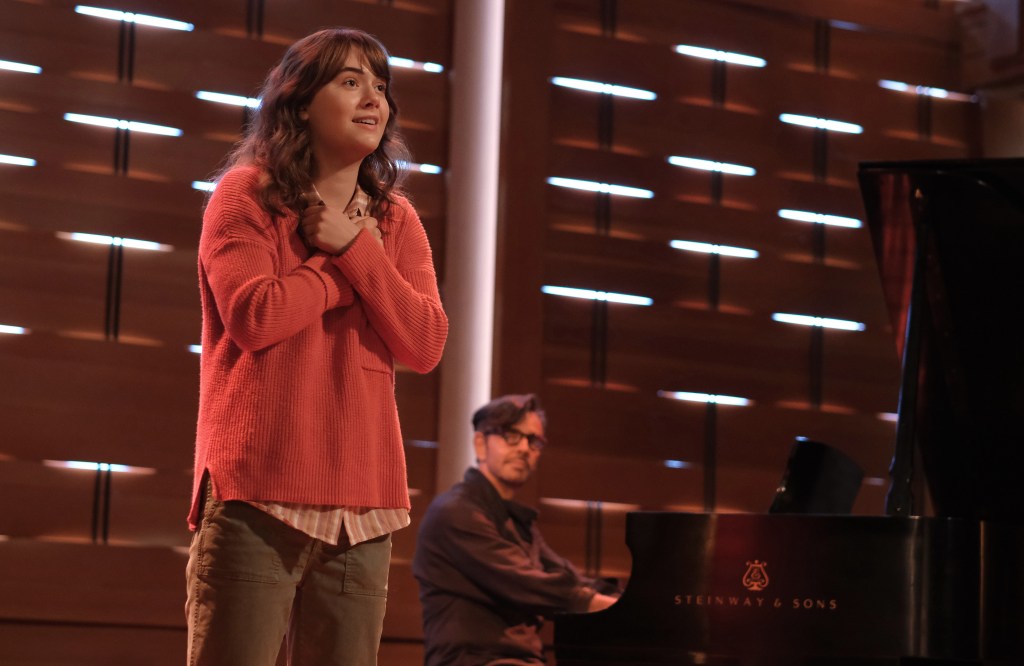 After the pandemic Oscars produced by Steven Soderbergh last year, where the top prize went to Chloe Zhao’s documentary-feature hybrid “Nomadland”, I am ready to nominate “Cruel” better picture if only for fun and not last three hours. Speaking of “Cruella,” the Academy of Motion Picture Arts and Sciences heartlessly handed out awards for Editing, Production Design, Sound, Music, Makeup and Hair, Documentary Short, the live action short and the live show animated short. Why don’t they cut those endless and often awful production numbers instead? I hope presenter Rachel Zegler, who wasn’t invited to the ceremony herself, organizes a protest.

Soothsayers have been predicting for months that this year’s big winner will be Jane Campion’s ‘The Power of the Dog’, a Netflix-funded Western that Sam Elliott, who has apparently never seen ‘Quigley Down Under’, got recently commissioned to shoot in New Zealand. But suddenly “CODA,” a film about a young, hearing woman from a tight-knit Deaf family, and winner of the SAG Ensemble Award and the PGA Daryl F. Zanuck Award is a favorite, despite not having no director, editing or any nomination in the craftsman category is a deal breaker. Of the 10 nominees, “The Power of the Dog” has the most nominations, 12. “Dune” has second place, 10. “Belfast” and “West Side Story” tied at seven each. The real best movie is Ryusuke Hamaguchi’s three-hour existential “Drive My Car.” The category is a draw. Will ‘The Power of the Dog’ Break the ‘Netflix Curse’ and Win? Against many past odds and indicators, I predict well-being “CODA” has the momentum to win.

In the Best Actor race, I respect the nominees, though I thought Benedict Cumberbatch’s performance as the sexually repressed and toxic cowboy in “The Power of the Dog” was overworked. Javier Bardem is ridiculously charming and smart like Desi Arnaz in “Being the Ricardos.” Denzel Washington burns with a harsh, jewel-like flame in “Macbeth,” and Andrew Garfield is heartbreaking as playwright/composer Jonathan Larson in Lin Manuel Miranda’s semi-underrated musical “tick, tick…Boom.” , which has only two nominations. While I would give the award to Garfield. The winner will be Will Smith for his moving and eccentric turn as the multitasking, overworked father-coach of tennis superstars Venus and Serena Williams in “King Richard.”

His win at the Screen Actors Guild Awards will likely be three times nominated Jessica Chastain (“Zero Dark Thirty,” “The Help”) as the winner of the actress race for her semi-grotesque performance as Bible-beating evangelical Tammy Faye Bakker. Losing and gaining weight led to the Oscars. Climbing inside a horse’s carcass sealed it. In that case, Chastain was ready to look horrible in prosthetics for her art. Come get your gold, Tammy Faye. Fellow nominees Nicole Kidman (“Being the Ricardos”), Kristen Stewart (“Spencer”), Penelope Cruz (“Parallel Mothers”) and Olivia Colman (“The Lost Daughter”) can take solace in the fact that they’re all more deserving, especially Cruz.

In the supporting cast race, my favorite is Ciaran Hinds from “Belfast.” Kodi Smit-McPhee and Jesse Plemons, both good at ‘The Power of the Dog,’ are set to cancel. Recent “Being the Ricardos” winner JK Simmons is wry, brooding and funny in “Being the Ricardos.” But the great deaf actor Troy Kotsur of “CODA” will win, making him a record holder.

A worthy Ariana DeBose will win the Supporting Actress award for her exuberant and cheerful performance, not to mention her dancing, in “West Side Story.” Former winner Judi Dench (“Belfast”), rising star Jessie Buckley (“The Lost Daughter”), powerful Aunjanue Ellis (“King Richard”) and irresistible Kirsten Dunst (“The Power of the Dog” ) will be left empty. handed over.

Jeanne Campion, former Oscar winner for the original screenplay of “The Piano” (1994), will win the prize for best director. I don’t know why we have 10 possible Best Picture nominations, but the director category remains at five, forcing five lousy rebuffs. Ryusuke Hamaguchi (“Drive My Car”) and former best director for “Schindler’s List” and “Saving Private Ryan” and 19-time nominee Steven Spielberg (“West Side Story”) are more deserving. Eight-time nominee Kenneth Branagh deserves to win another day. Paul Thomas Anderson is lucky to be in this category for his low-calorie “licorice pizza.”

That’s it. Watch the show on Sunday night, congratulations to the winners.