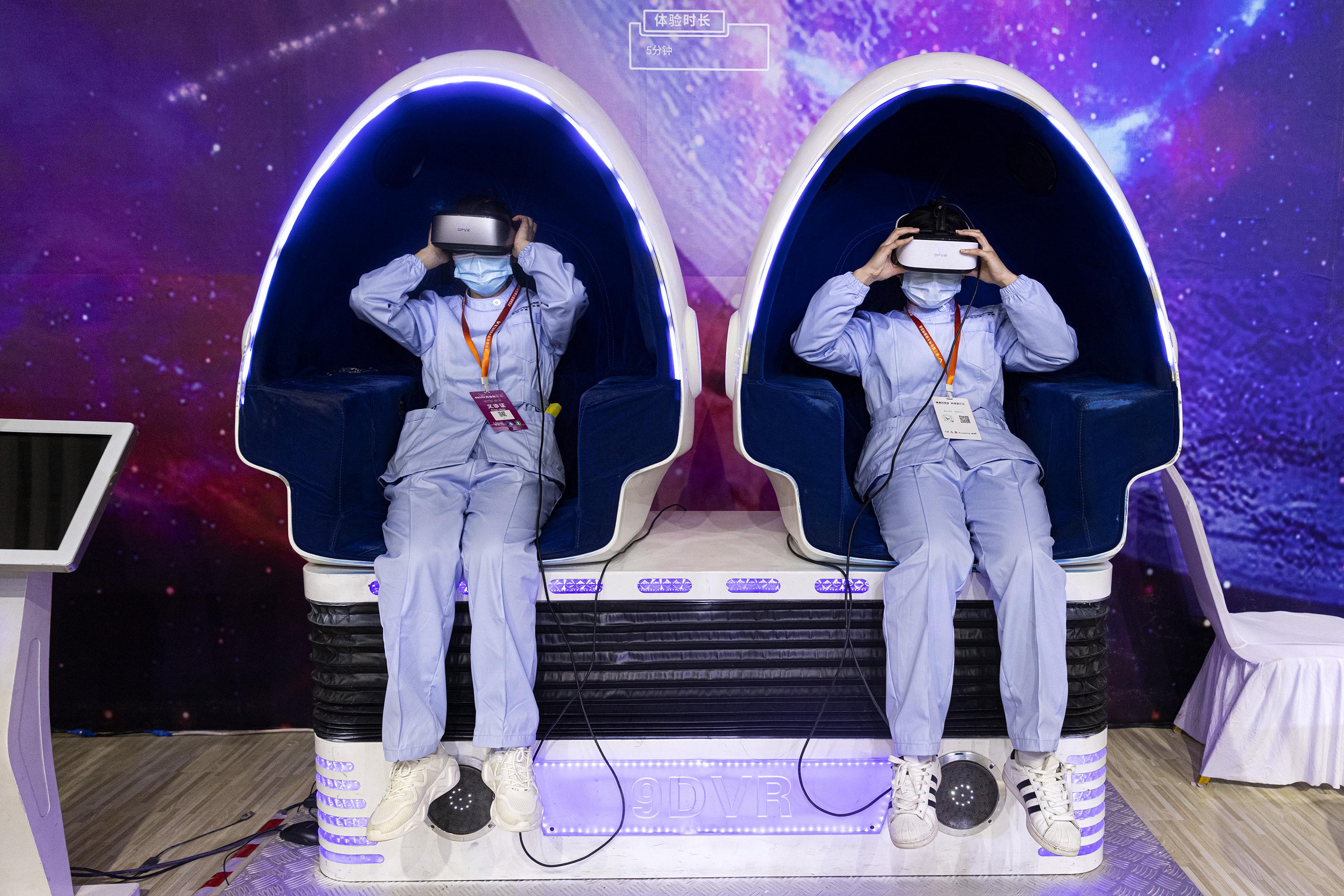 Will virtual reality be the death of truth?

It’s 2045 and an eccentric billionaire has revealed an incredible new invention to the world. This is called the “experience machine” and it is a fully immersive virtual reality device. It delivers multisensory stimulation with such sophistication and depth that it is effectively indistinguishable from real life. With the push of a button, the machine can give you constant pleasure of all kinds. Mansions, fast cars, scoring a Super Bowl touchdown, winning the London Marathon, ruling the Mughal Empire, endless orgasms – whatever you want.

The question is, if you had only two choices, would you be living life in the Experiment Machine or in the world as it is?

Who wants to get on the pleasure machine?

It is the thought experiment presented by the philosopher Robert Nozick. It was designed to show the limits of “hedonism” – the idea that humans are uniquely or primarily motivated to seek pleasure above all else. Nozick’s own conclusion was that very few people would choose to live a life of constant pleasure while that was wrong. Regardless of the benefits of virtual reality, most of us would choose reality, warts and all. Hard truths about easy lies. Raw facts more than sparkling fictions.

I suspect that most people would be deeply disturbed to live in a fake world, no matter how enjoyable it was.

Nozick’s original experiment machine was envisioned in the 1970s, but it’s only now that technology is turning his idea into a potential reality. We still have a way to go until we have the level of immersion that Nozick envisioned, but it’s close enough to make the question relevant.

When games or virtual reality get more exciting and brilliant – if we can spend hours of our lives immersed in a world of dragons or spaceships or just an idealized version of reality – would people care about the real world? ? Why spend all this energy and endure all these hardships in a difficult world when a life of simple fun is only a VR headset away?

More than half a century later, is Nozick still correct that most of us would prefer reality to virtual reality?

Why virtual reality is needed on an 11 billion planet | Great reflectionwww.youtube.com

Is the truth the greatest virtue?

The experience machine raises another important consideration: why do we care about truth or reality in the first place? We might be inclined to say that it is just a natural condition of being human, that we don’t like to be duped or lying, and that we are biologically programmed to seek answers and the truth. Or, we could say that it is entirely cultural and that it evolves as societies change. It could be, for example, that in a world of fake news and alternate facts, generations are simply starting to care less about “truth” and value another measure – pleasure, perhaps – above it. that.

One philosopher who didn’t quite understand the obsession with “truth” was Friedrich Nietzsche. In the first chapter of his Beyond Good and Evil, titled “The Prejudice of Philosophers”, Nietzsche asks us to consider what is involved with truth and certainty which is admirable or worthy in itself. He writes:

“Of all the value that can belong to the true, the positive and the altruistic, it could be that a higher and more fundamental value for life in general is attributed to the feint, to the will to illusion, to selfishness and greed. . “

It is a provocative and stimulating question. If someone tells us, “But that’s not true! or, “She’s a liar!” Nietzsche is there to answer: “So what? In his unique and iconoclastic style, Nietzsche presents the pursuit of truth as an obsession or fixation without foundation and without foundation. There is nothing in the essence of truth which means that it must be the highest of all virtues or placed at the top of the podium.

Could VR be the death of reality?

Despite Nietzsche, and despite a century of propaganda and media manipulation, people To do always mindful of reality. I suspect that most people would be deeply disturbed to live in a fake world, no matter how enjoyable it was. Something gets stuck in the stomach when people lie to us or when things aren’t real.

A VR boyfriend or girlfriend always seems to count for less than a real one. Watching a flock of birds cross a setting sun against snow-capped mountains is more important when not a prerecorded film reel. Replicating a virtual version of a deceased loved one still wouldn’t take away the grief or sense of loss.

The point is, the truth matters. But, with virtual reality becoming a mainstay and entire generations of people spending hours in virtual environments, who can say it always will be?