A new fan-funded documentary about Star Trek’s first captain is in the works, and William Shatner will be at San Diego Comic-Con in July to show the first footage.

Today, Legion M and Exhibit A Pictures announced a new documentary directed by Alexandre O. Philippe (The People vs. George Lucas) all about William Shatner. According to the ad, for the documentary “William Shatner strips away the countless masks he’s worn throughout his career, to reveal the man behind one of the world’s most recognizable faces.”

Director Alexandre O. Philippe said in a statement: “I grew up watching Bill Shatner on black and white television in Switzerland. My earliest memories of him go back to Colombo and The twilight zone. He is a modern Renaissance man. Omnipresent. Inevitable. His acting career (Roger Corman’s the intruder, anyone..?) is as amazing as the depth of his wisdom and curiosity; and I couldn’t be more excited for this opportunity to paint an intimate and personal portrait of a man who fascinates me, through some of the important themes he openly discusses in his most vulnerable autobiographical songs. This intimate film will shed light on little-known and seldom-seen aspects of Bill’s career and philosophy, and will also re-examine some of his most iconic cultural roles and moments through an all-new lens.

Speaking about the project, Shatner said in a statement, “For years people approached me to do a documentary about my life, but I turned them all down because it just didn’t suit me. Alexandre and I hit it off right away, and when I heard how Legion M wanted to incorporate the public to be part of it, it was perfect. The fans have been responsible for my career – it just seems like they own this doc.

Fan-owned Legion M invites fans to invest directly in the documentary, and unlike crowdfunding projects, investors not only fund the production, but also share in the profits. Starting today, fans can sign up for a no-obligation, no-strings-attached reservation HERE.

The producers will give a first look at the documentary at San Diego Comic-Con in a Hall H panel featuring Shatner and hosted by comedian/director Kevin Smith. The panel will take place on Thursday, July 21 at 4:30 p.m.

And Legion M will be celebrating Shatner all day in San Diego, starting with a handprint ceremony in the lobby of Theater Box San Diego, followed by book signings and photo shoots. There will also be an evening event and a performance by Shatner, starting at 8:00 p.m. Tickets for Thursday Theater Box events can be purchased HERE. 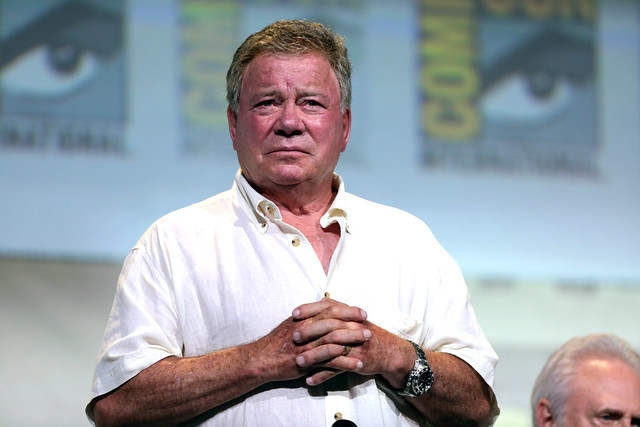